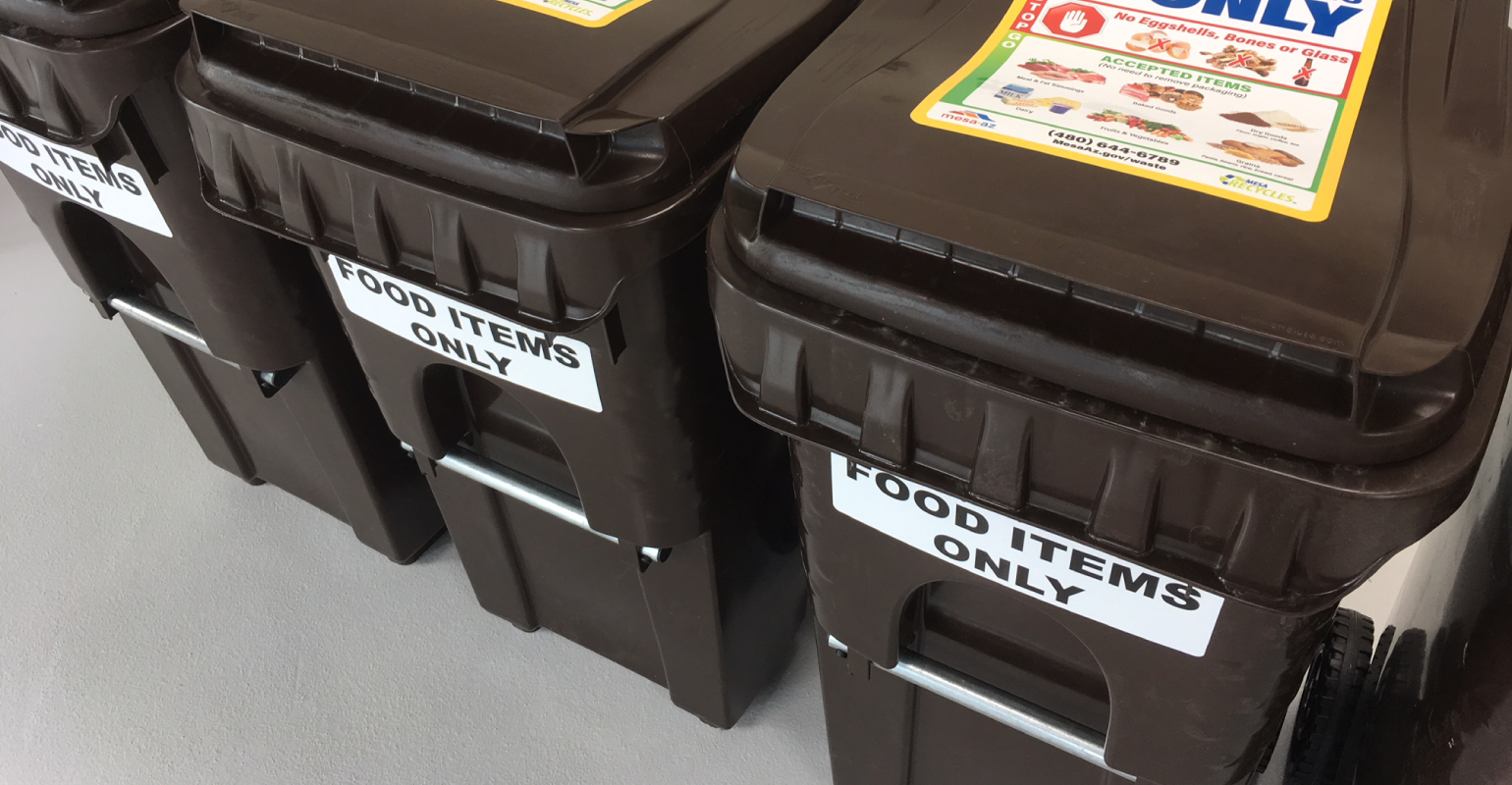 Municipalities are looking for ways to manage their food waste, and at the same time put it to use. Some are processing it in anaerobic digesters to make multiple products, while many wastewater treatment plants leverage the same technology to treat and make use of their waste. And now some solid waste operations and wastewater treatment plants are combining their would-be waste, finding they can boost production of their renewable products.

But there are caveats as laid out in this two-part series. Part 1 discusses what’s entailed in co-digesting food waste and sludge and looks at a project in Mesa, Ariz. Part 2 delves into why adding food waste reduces its monetary value, the industry’s work to try and get higher value assigned to it, and its argument for why it’s worth more.

Increasingly, municipalities are exploring anaerobic digestion (AD) to divert food waste and use it to make power or transportation fuel; some are looking to get even a bigger bang through a process called co-digestion. They are adding rotting food to biosolids at wastewater treatment plants’ digesters.  Industry stakeholders say co-digestion generates higher biogas yields; increases AD plants’ efficiency; and conserves landfill space while cutting greenhouse gas emissions. (Source)

Co-digestion is starting to happen at a few wastewater treatment plants with excess capacity, and there are a number of them. In California alone, almost 140 such facilities utilize anaerobic digesters, with an estimated excess capacity of 15 to 30 percent, according to a U.S. Environmental Protection Agency (EPA) report. (most recent data from 2016) (Source) 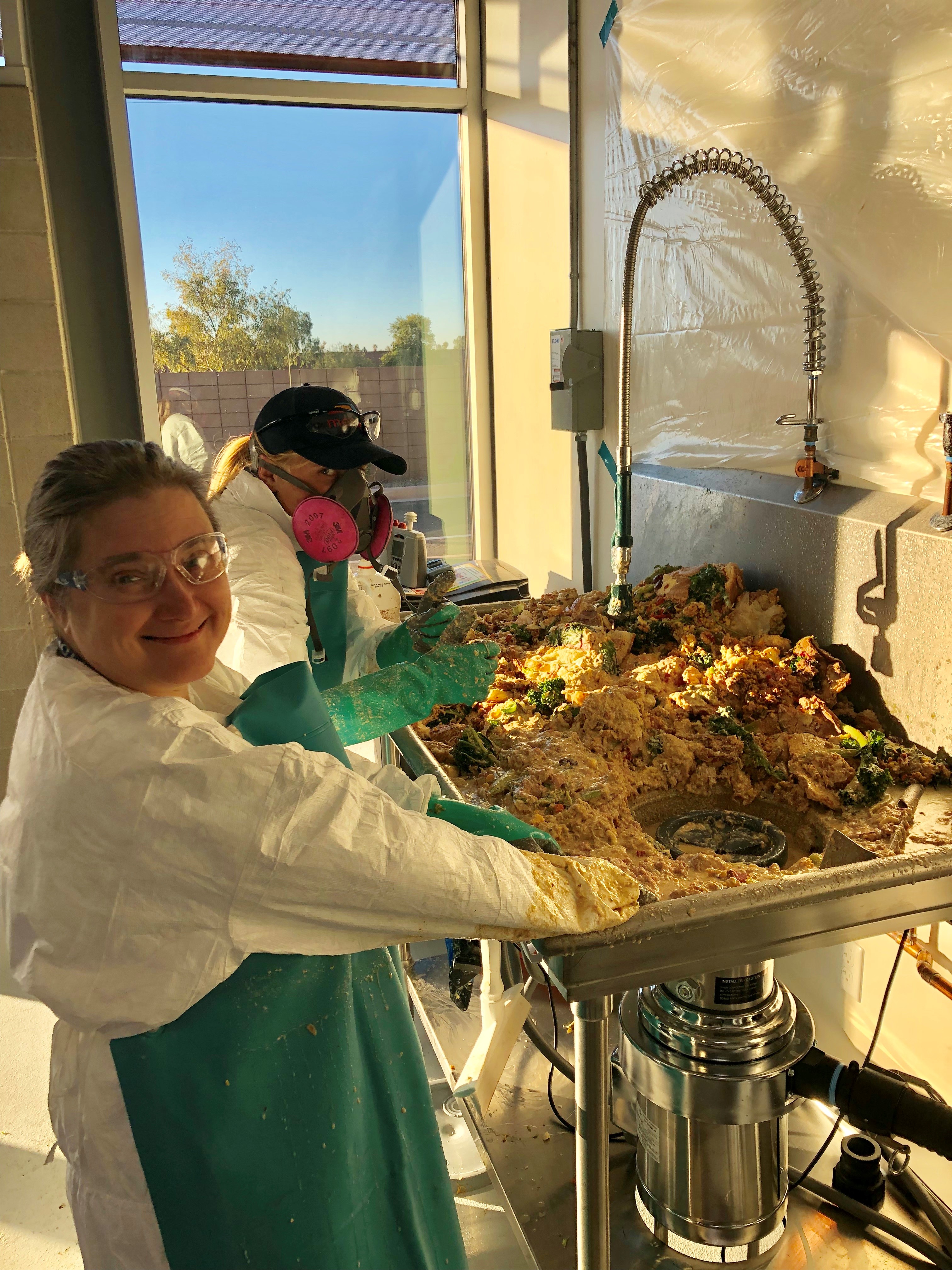 But once food is mixed with sludge, the process becomes more complex and costly, yet does not necessarily generate greater financial returns.  Still as recently as this past year, a few municipalities have invested in these projects, with the city of Mesa in Arizona among them.

Mesa’s Environmental Management and Sustainability department just completed a study to evaluate the technical, financial, and operational feasibility of introducing commercial food waste into anaerobic digesters at the city-owned wastewater treatment plant. It processed samples of food waste collected from local businesses into a bioslurry that was introduced in bench scale digesters along with sludge.

“Studying parameters like feedstock digestibility, optimal loading rates, and biogas production potential, we hoped to learn what potential impacts would look like at full scale. The idea is that at full scale, the food waste would create additional biogas from the anerobic digesters, and that biogas can be cleaned, put into the gas utility as well as used to fuel the city’s fleet of natural gas solid waste vehicles,” says Lauren Whittaker, special projects manager with the city of Mesa Environmental Management and Sustainability department.

Due to the complex nature of the project, Mesa took it slow, adding food waste into small bench scale digesters to mimic what would occur in full-scale digesters.

“We learned this material does increase biogas production and that the biogas itself was very similar to what was produced without food waste,” says Scott Bouchie, environmental management and sustainability director for the city of Mesa.

The Mesa team is now in the design phase of a biogas system upgrade to be able to clean the product to pipeline standards and inject it into the natural gas utility system for transportation fuel. Next the city will look at how to advance to full-scale food collection processing and disposal. 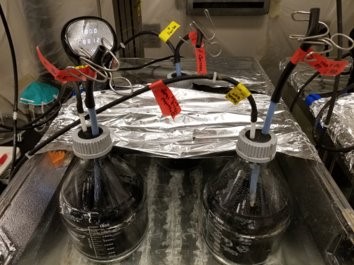 Moving forward will entail investing a lot of capital. And adding food waste devalues the gas being produced because now it is categorized as D5 RIN credit (Renewable identification number) rather than the higher-priced D3 RIN, as determined by the U.S. EPA’s Renewable Fuel Standard program. This is while sludge alone is valued as D3.

“We are looking at doing this [despite higher cost and lower RINs value] because food waste is a lot of what you find in landfills, and now there are not a lot of options to divert from these disposal sites. So, Mesa is trying to come up with an alternative. We wanted to reduce greenhouse gases and redirect food waste because it’s the right thing to do. But we will need first determine that it’s financially feasible,” says Bouchie.

“Whether to invest in co-digestion is not a simple decision made on a whim. There is a lot to consider. We look at increasing biogas and how they can use it. We look at monetary, greenhouse gas and electricity benefits … There is a lot to contemplate with regard to design. For example what size pipes do we need to offload food waste at the site and transfer it within the site? What other equipment do we need to equalize waste before it’s introduced into the digester? And these projects can involve multiple stakeholders, including waste generators, sanitation departments, wastewater treatment plants and finally the gas company that provides the gas line,” says Allen.

Meanwhile, these investments are not a sure financial win, even when only food waste is digested. RINs are rising slowly now but had been on a decline for three years beginning in 2017. (Source)

“It was hard to watch. But we are trying to encourage municipalities to start accepting food waste, as they are reducing emissions and creating more biogas,” says Allen, acknowledging that RINs are going up now but also emphasizing that there has been no consistency over the long term.

“Then, after food is added to biosolids to make biogas, we take into account RINs prices –does this make sense for a plant? Often it does not necessarily make sense financially, upfront. There could be financial benefits in the long run, but the return may not be within the 10 years that most plants look for,” she says.