What’s on the Horizon for Federal Food Waste Reduction and Prevention Policy? Part 2 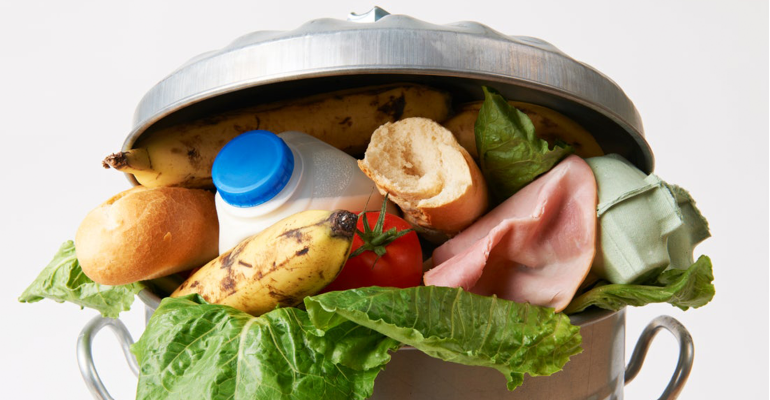 Advocates for federal policy around food waste reduction and prevention have been working for years to move the needle in this space; meanwhile we get close to 2030, the year that EPA has called for a 50% cut in food waste, which the country is far from reaching. ReFED reports it would require reducing the material by 45 million tons annually to hit the 2030 goal.

In Part 2, Waste360 looks at an ambitious policy action plan created by partners who have some large asks of Congress and President Biden.

COVID-related costs along with the Biden Administration’s plans to invest heavily in slowing Climate Change and in building infrastructure leave little money for other mega-budget initiatives. But four long-time partners who are fighting for food waste and loss prevention policy believe this is actually an opportune time to call on the federal government to support their agenda.

The partners are the World Wildlife Fund (WWF), Harvard Law School Food Law and Policy Clinic, ReFED, and the National Resource Defense Council. They recently finished their U.S. Food Loss & Waste Policy Action Plan that asks Congress and President Biden to take action to halve food waste by 2030, in line with the target set by the U.S. Environmental Protection Agency (U.S. EPA) and the U.S. Department of Agriculture (USDA).

“We knew that infrastructure, job creation, and climate change would be early priorities for the Administration, and they all align with addressing food waste,” says Alex Nichols-Vinueza, manager on the World Wildlife Fund Food Waste team.

“Reducing the country's food waste in half would lower U.S. greenhouse gas emissions by an estimated 75 million metric tons of CO2 equivalent annually. We would be able to rescue four billion meals for people in need each year (at a time when one in four adults face hunger). And it would create 51,000 jobs over the coming decade,” he says.

Building food waste management infrastructure alone could generate 18,000 jobs annually through 2030 and help cut greenhouse gas emissions by 5.8 million metric tons of CO2 equivalent a year, according to Nichols-Vinueza and a ReFED report.

“So, the timing felt right to come together and quickly harmonize our asks to policymakers,” he says.

The Food Loss & Waste Policy Action Plan focuses on five areas and makes specific recommendations under each. Those areas are:

The partners had been collaborating for some time and decided to come together to create a single playbook. WWF took a lead role, coordinating the development and editing of the Action Plan. The four organizations held calls to discuss content, much of which Harvard’s Food Law and Policy Clinic had already developed with ReFED for ReFED’s Roadmap to 2030: Reducing U.S. Food Waste.

NRDC had some key additions, and both NRDC and WWF brought in their government affairs experts to help.

They had plenty to work on.

Among challenges says Nichols-Vinueza is that food waste occurs incrementally across the entire food supply chain from farm to fork.

“Our focus was to develop pragmatic policy measures that would be comprehensive enough to equip a diverse set of actors [producers, manufacturers, retailers, schools, governments, consumers, etc.] to take action,” he says.

At the same time that they prioritized identifying what could work seamlessly for multiple stakeholders, they looked to lessen complexity by calling on the federal government to devise standard rules and give clear guidance.

Emily Broad Leib, director of the Harvard Law School Food Law and Policy Clinic, illustrates by expounding on two Action Plan areas: food donation and date labeling. Her office has tried to advance policy around both for years.

With food donation, a problem she says is that states base food laws on federal guidance, which is lacking in this space.

“The Emerson Act was created by Congress to lay out rules on food donation, and the last Farm Bill asked the USDA to provide guidance and raise awareness about this Act.  But it’s very thin,” Leib says.

“Businesses and nonprofits need more guidance and answers to questions on the liability protection that is available. USDA should create more detailed guidance that explains how businesses should interpret the Emerson Act.”

Leib also touches on the rationale for the Action Plan’s standard date label recommendations. States have varied label rules, and consumers and food retailers are throwing out good food, confused by a mixed bag of information.

“Standardizing date labeling is important and likely to go through Congress. We are focused on getting legislation passed through Congress mainly because we want the label to be standard across the Food and Drug Administration and the USDA,” Leib says, explaining the significance of involving both agencies: the USDA regulates safety and labeling for meat, poultry, and some egg products, and the FDA regulates the rest of the food supply.

“Congress can enact standard labels that distinguish between food safety and freshness, and ensure that all products bear those labels, whether they are regulated by FDA or USDA,” she says.

A coalition of leading U.S. companies, NGOs, and city and state governments has signed on to the Action Plan, publicly stating that they support its policy recommendations. The plan’s creators are confident their collective voices will motivate Congress to take a serious look at their ideas.

While they do not expect the proposed plan to be adopted in its entirety, they are hopeful it will be picked up in pieces and added to other bills.

“As specific bills come up, we plan to help lawmakers identify which aspects of the Action Plan could be a good fit for each of those bills. For instance, we'll be releasing recommendations specific to the Child Nutrition Reauthorization soon [Congress’s process of changing statutes that authorize the child nutrition programs; the Special Supplemental Nutrition program for Women, Infants, and Children (WIC); and similar initiatives].

We've already had the chance to discuss the entire plan with some Congressional staff and expect that indeed pieces of it will make it into bills that are being introduced this year,” says Dana Gunders executive director, ReFED.

Says Nichols-Vinueza, “We are growing food and throwing it in the trash, and nearly everyone can get behind wanting to change that, especially in the wake of COVID. We're seeing positive initial interest from policymakers and are hopeful we can find a path forward to enact some of our proposed policy measures. But there’s still a long way to go.”