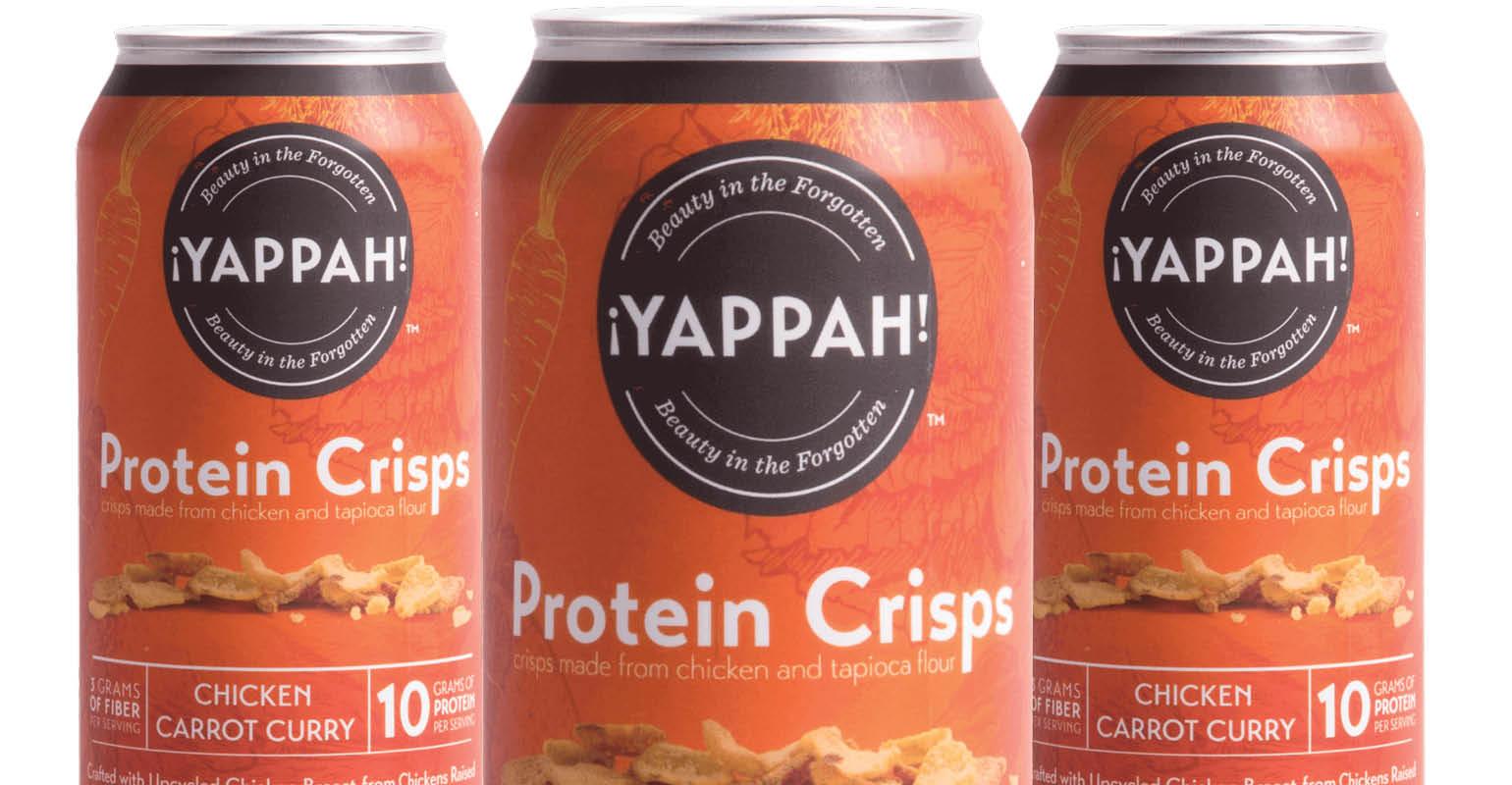 Tyson Innovation Lab, the Tyson Foods, Inc. team tasked with bringing new consumer products to market in just six months, launched ¡Yappah!, its first brand, on May 31. The brand made its debut with a campaign on Indiegogo, a crowd-funding platform, and challenges consumers to rethink snacks for good. The brand name was inspired by a tradition in the South American Andes called “yapa,” which refers to the little something extra a merchant gives to a valued customer so that nothing gets wasted.

“The ¡Yappah! brand mission is unique, important and far-reaching,” said Rizal Hamdallah, head of Tyson Innovation Lab, in a statement. “The brand was created to inspire people and partners to rethink their relationship to food and how it impacts society. Through this launch, we intend to address global food challenges such as food waste.”

Given the scale of the food waste problem, Tyson Innovation Lab sought partnerships with like-minded food companies. The first product under the ¡Yappah! brand, Protein Crisps, is crafted from rescued and upcycled vegetable and grain-based ingredients that might otherwise be left behind.

“We could not have developed the Protein Crisps without the enthusiastic collaboration of partners like Molson Coors,” said Hamdallah in a statement. “We will continue to seek out other great partners, large and small, who have resources and goals that complement our own.”

The ¡Yappah! brand is designed to be an umbrella under which future products and product categories will be launched that help address major social and sustainability challenges related to food.

“With the Protein Crisps, we are taking ‘forgotten’ ingredients and crafting them into a delicious protein snack,” said Hamdallah in a statement. “For the ¡Yappah! brand, sustainability is not an add-on, it’s our DNA. Fighting food waste is just the beginning.”

In January, Tyson Innovation Lab was challenged to rethink the culinary possibilities for ingredients that are typically left unused during food production, often becoming food waste.

“We wanted to be ingredient-driven in order to create a flavorful snack that people would absolutely love,” said Kang Kuan, executive chef at Tyson Innovation Lab, in a statement. “I was thrilled by the opportunity to source ‘forgotten’ ingredients and compose them into something more flavor nuanced and protein-filled than typical snack foods. People might not realize that vegetable pulp left behind during juicing is arguably better and richer tasting than the juice itself, and spent grain is surprisingly delicious. So, we had these amazing flavors to work with. The result is a crispy snack that comes in four culinary-driven flavors that will appeal to all food lovers.”

Now that the product has launched, it will undergo a 90-day pilot at one Chicago-based supermarket in July.