Too Good To Go Celebrates 1.5 Million Americans and 1 Year Fighting Food Waste in the U.S.

Too Good to Go 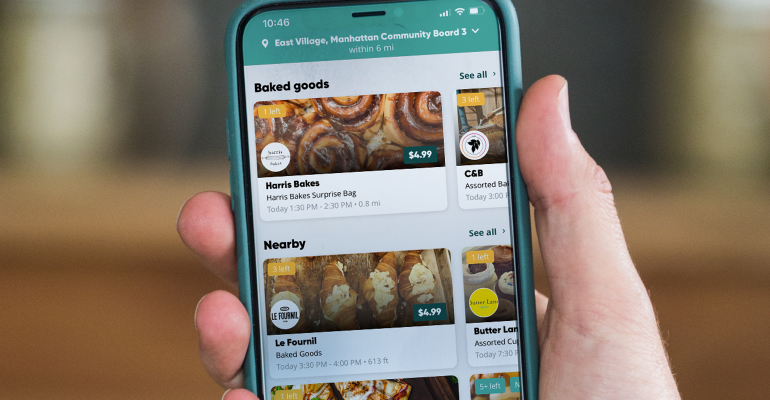 NEW YORK  -- Too Good To Go, the tech-for-good company powering the world's #1 anti-food waste app, today celebrates its first anniversary in the U.S. and the impact it's had fighting food waste across the country, from New York City, Washington, D.C. and Chicago to Austin, San Francisco and Seattle. Via the Too Good To Go app, available for iOS in the Apple store or Google Play for Android, the company has successfully connected millions of Americans with surplus from local restaurants, bakeries, cafes and grocery stores so delicious food doesn't go to waste, or further contribute to the climate crisis.

The newest Intergovernmental Panel on Climate Change (IPCC) report, released last month, called attention to a shocking reality of the climate crisis, notably that food waste now contributes to 10% of all global greenhouse gas emissions—up from 8% in years prior. With this in mind, Americans now have an easy way to take action against food waste through the Too Good To Go app. In just one short year in the U.S., over 1.5 million Americans and 5,000 food businesses have downloaded the app, and collectively saved over 800,000 meals - the carbon footprint equivalent to 394 flights around the world.

"The U.S. has really embraced our super simple concept for saving surplus food, to the point where we've never seen this amount of impact and growth in a new market this quickly," said Lucie Basch, Co-founder of Too Good To Go. "We're so excited to bring our solution to even more U.S. cities in the coming months and we can't wait to see what next year holds."

Too Good To Go's one year anniversary also falls on the second annual International Day of Awareness of Food Loss and Waste (IDAFLW), a day designated by the United Nations to recognize the fundamental role that sustainable food production plays in promoting food security and nutrition. With 40% of food going to waste globally, and the latest IPCC report issuing a code red for humanity, reducing food waste is now in fact the #1 way to fight climate change (source: Project Drawdown).

However, according to a recent survey conducted by YouGov[1], only 37% of adults in the U.S. are aware that reducing food waste is one of the most efficient ways to fight climate change globally, and of those, only 6% say that their households never throw food away. Yet when asked who should be responsible for tackling the issue of food waste at a global scale, over half (53%) agreed it is on households and consumers to lead the charge.

With over 1.3 million tons of food wasted every year in the largest city in America - enough to fill the Empire State Building more than 32 times - New Yorkers have a huge opportunity to help solve this issue and pave the way for the rest of the country. In light of this, and in tandem with IDAFLW, Too Good To Go is hitting the streets of New York City to raise awareness of the impact curbing food waste has on climate change. Over the next few weeks, New Yorkers can look to city buses, subway stops, postered walls and charging stations for the easiest, most impactful ways to minimize their carbon footprint, with reducing food waste being the #1 solution.

Outside of its efforts in NYC, Too Good To Go is calling on Americans to join  the anti-food waste movement, which is as simple as downloading the Too Good To Go app for consumers, and registering online for food businesses in cities where the app is active. The app offers a win-win-win model by providing consumers an easy way to live more sustainably, store owners a chance to profit from fresh food that would otherwise be tossed, and giving everyone the opportunity to take action against climate change. In fact, picking up just one Surprise Bag is equivalent to the carbon footprint of charging one smartphone fully 422 times.

Already available in 17 international markets including Paris, London, Copenhagen, Madrid Toronto and Amsterdam, Too Good To Go has quickly become the go-to for eco-conscious consumers and businesses around the world, resulting in more than 45 million app downloads and over 93 million meals saved to date. After building strong momentum in its first 11 U.S. cities, Too Good To Go will continue to expand its stateside operations by launching in Atlanta and Los Angeles this winter, with further plans to bring its food waste solution to many more of the country's largest cities by the end of 2022.

ABOUT TOO GOOD TO GO
Too Good To Go is the certified B-Corp and tech-for-good company powering the world's #1 app for fighting food waste to create a greener planet. The app connects consumers to surplus food that would otherwise be thrown away from local restaurants and grocery stores, such as pastries, fresh produce, sushi and more. Each meal rescued is equivalent to the carbon footprint from charging one smartphone fully 422 times. Founded in 2016, Too Good To Go has saved over 93 million meals across 17 countries, which adds up to 368 million pounds of food. Beyond the app, Too Good To Go has launched initiatives to change date labeling on food, produced free educational resources for schools and inspired households to change food waste behaviors. Visit https://toogoodtogo.com/en-us for more information and follow Too Good To Go on Instagram, Facebook and Twitter.