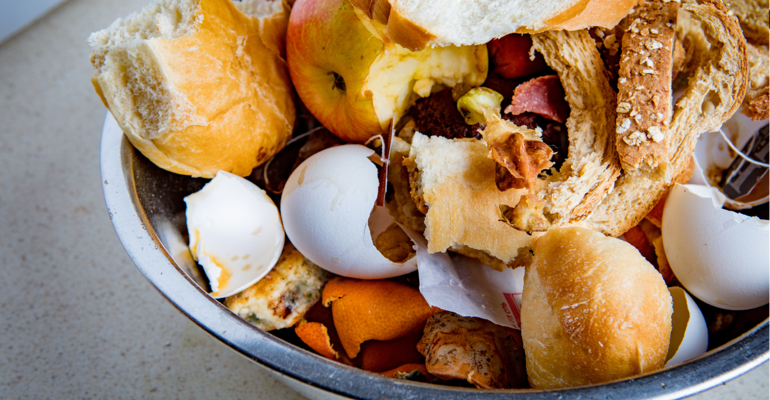 Of about 10.5 million tons of surplus food generated by food retailers in 2019, almost 35% was thrown out, with about 10% of it due to inefficiencies in storage and handling. Yet a majority of that storage and handling-related waste, which costs $150 billion annually, is preventable, according to Therma, a San Francisco, Calif.-based developer of smart refrigeration tools. Therma has a technology to address this latter problem.

“Companies in food service, food retail, hospitality, food manufacturing, and food distribution tend to have multiple challenges around maintaining stored food, as well as around energy efficiency. For one there is little visibility into real-time activity at storage containers and storage locations,” says Manik Suri, Therma founder and CEO.  The visibility barrier is one of the main problems Therma tackles, and it has been a long-standing problem.

Historically there was limited ability to see what was going on at the equipment level, so products would get spoiled or wasted regularly due to power outages and equipment malfunctions.

Then there is human error; for instance, where workers unplug a refrigeration unit to clean it and forget to plug it in again. That’s one of the top problems Therma catches, Suri says. 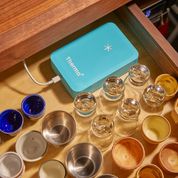 The technology enables remote monitoring in real time for equipment temperature, humidity, and energy consumption, which is especially helpful since often the problem and resulting food loss occurs when workers are not on site or when products are moving from location to location.

To build a remote system, the company had to first get around a problem that made wireless monitoring of refrigeration equipment impossible. The signal would drop when a sensor was installed in the refrigeration box. But the Therma technology allows the signal to be sent through dense structures, including the sides of refrigeration units with iron and steel that typically block radio frequency.

The remote system has both hardware and integrated software components, including a wireless sensor that monitors refrigeration equipment 24/7. On the software side is e-mail, text, and phone alerts as well as analytics to improve energy savings and to catch equipment malfunctions.  Data from the sensors is represented on a 3D map, which Suri says has been especially instrumental for large warehouse and distribution customers. These facilities have temperature variations that cause spoilage, and the sensors detect the variations, providing information to help operators come up with solutions, such as turning a fan on to push air through hot spots, or relocating food to a more optimal place.

Suri was working with many of his current customers even before he and his partner, CTO Andrew Hager, developed the technology.

“We had offered them an app enabling workers to do safety and quality checks on tablets and smart phones.

“Safety and quality have been big issues for many food businesses. Chipotle lost 42 percent of its market due to food safety issues. It hurt their brand reputation, and it wasn’t much after that story broke that we developed the safety app. Food businesses were coming to us asking for a way to avoid similar events,” Suri says.

While working on that first product, Suri saw opportunity to improve safety and reduce waste in refrigeration; he began developing Therma.

“My partner and I had been watching customers use our mobile app, and we saw that they were trying to ensure optimal temperature conditions, but they could not easily do this on a mobile app because they would have to be onsite when the problem happens. That was the most fundamental problem we set out to solve,” Suri says.

The Therma sensor launched in early 2020. It was fine-tuned in an accelerator in Brooklyn that focused on building hardware solutions to address climate change. And it was commercialized in 2020.

Suri’s story starts in an earlier life –during President Obama’s administration when he was a policy analyst at the White House working on rural economic and agriculture policy.

He met a White House technology officer who was interested in the concept of sharing data in real time to enhance technology.

“It made sense, and I later joined her as a co-founder of a center at New York University where we raised money to build technologies for the government.

At the same time, I was in law school building legal cases against landlords who were not following codes.”

While doing this work, he started to think about building a company to improve the process of health and safety inspections, and from there he developed the mobile app that preceded Therma.

With his newest technology, food businesses know if equipment is running slow as well as get information on overcooling or on when refrigerators and freezers are over-opened. And because Therma can help track equipment failures it can reduce refrigerant leakage and subsequent greenhouse gas emissions.

“So, between all these features we can both prevent spoilage and optimize energy usage,” Suri says.

He sells to companies of all sizes, from one-location food trucks to national brands with locations in every state.

Dutch Bros, headquartered in Grants Pass, Oreg., has over 400 drive-through coffee shops spread across 10 states. The company uses a lot of dairy and had walk-in coolers that were getting warm at night, mainly from being open too long or too often.

“Once a walk-in cooler gets to 50 degrees you are already getting spoilage, and there is extra cost for after-hours service calls to get them quickly back to temperature,” explains Drew Rees, Facilities manager for Dutch Bros.

“With Therma we had immediate success in that we could identify one shop with an undersized system that we would not have known about. A diagnostic showed it was operating efficiently but you have to have certain BTUs per square footage, and we could identify that we were short BTUS because we were getting alerted constantly.”

After the diagnostic confirmed the equipment was performing as it should, he had a load calculation done that revealed the system had to be upsized.

“If we didn’t have Therma, we could have had a problem for a long time and not known,” Rees says.

Speaking of a prior scenario, he says that just one of the retailer’s shops lost $800 worth of dairy in a day. It took 12 hours to recognize there was an issue.

“With Therma you don’t have to wait for someone in the shop to say they think there’s a problem. It tells me in advance of sending someone out. So, I can be ahead in getting symptoms resolved,” he says.

“There are millions of locations globally that have unmonitored refrigeration in the sectors we serve. We would like to reach as many of them as we can, and be the world’s leading smart cold chain platform,” Suri says.