Study Shows How Much Food Americans Waste Every Year 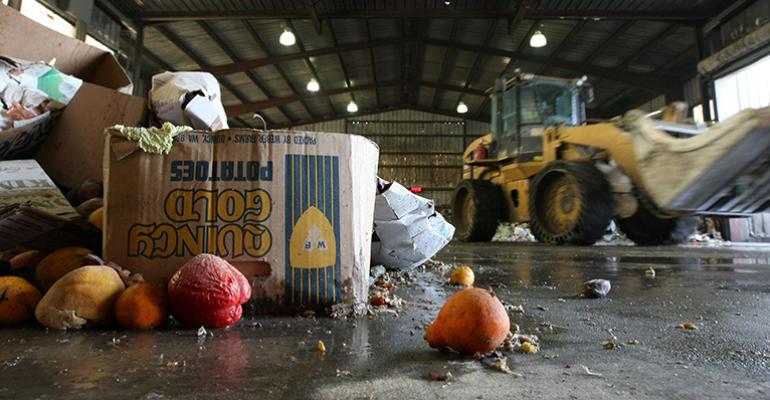 The survey, conducted by OnePoll on behalf of Bosch home appliances, also found that the average American has about $102 worth of product in their fridge at any given time.

Based on this research, the average American also ends up chucking out $53.81 worth of spoiled food a week from their fridge, or $2,798 every year.

The unnecessary waste of food weighs on people's conscious, too, as 73 percent of respondents say they feel guilty when they waste food.

Could the lack of quality refrigerator organization be to blame? While 67 percent of Americans view themselves as being organized, one in four Americans surveyed also readily admit their fridge is completely unorganized. More than three in four Americans (77 percent) say a big reason they waste the amount of food they do is because they forget it’s in their fridge or it gets lost among the clutter.

The survey also found that the top reason Americans wastefully toss out food is because the food spoils before they have a chance to eat it (52 percent). In fact, 71 percent wish their refrigerator kept their food fresher, longer.

“Food has an amazing power to bring people together and fresh ingredients are at the center of this shared experience," said Anja Prescher, brand director for Bosch home appliances, in a statement. "This survey shows the significant impact food waste has on our everyday lives and our wallets, and we at Bosch believe that your refrigerator plays an important role in limiting this waste.”

Additionally, 78 percent of Americans feel they’d eat healthier if their refrigerator were able to keep their food fresher, longer. And they’d pay a hefty price for such a thing, according to the survey. If it meant their produce would absolutely never go bad, one in four Americans would gladly give up coffee, 27 percent would give up all sweets and one in five would even take a $10,000 pay cut.

Generationally, millennials and Gen X believe they waste more food than any other generation, throwing out food about three times a week. Geographically, Midwesterners believe that they throw out the most amount of food, with 10 percent believing that they discard 10 pounds of food every week.

“We understand the desire to prevent food waste and our new refrigeration collection is designed for this reason,” added Prescher. "Our new French door bottom mount refrigerators have been designed from the ground up to maximize freshness and make it easier to store foods."