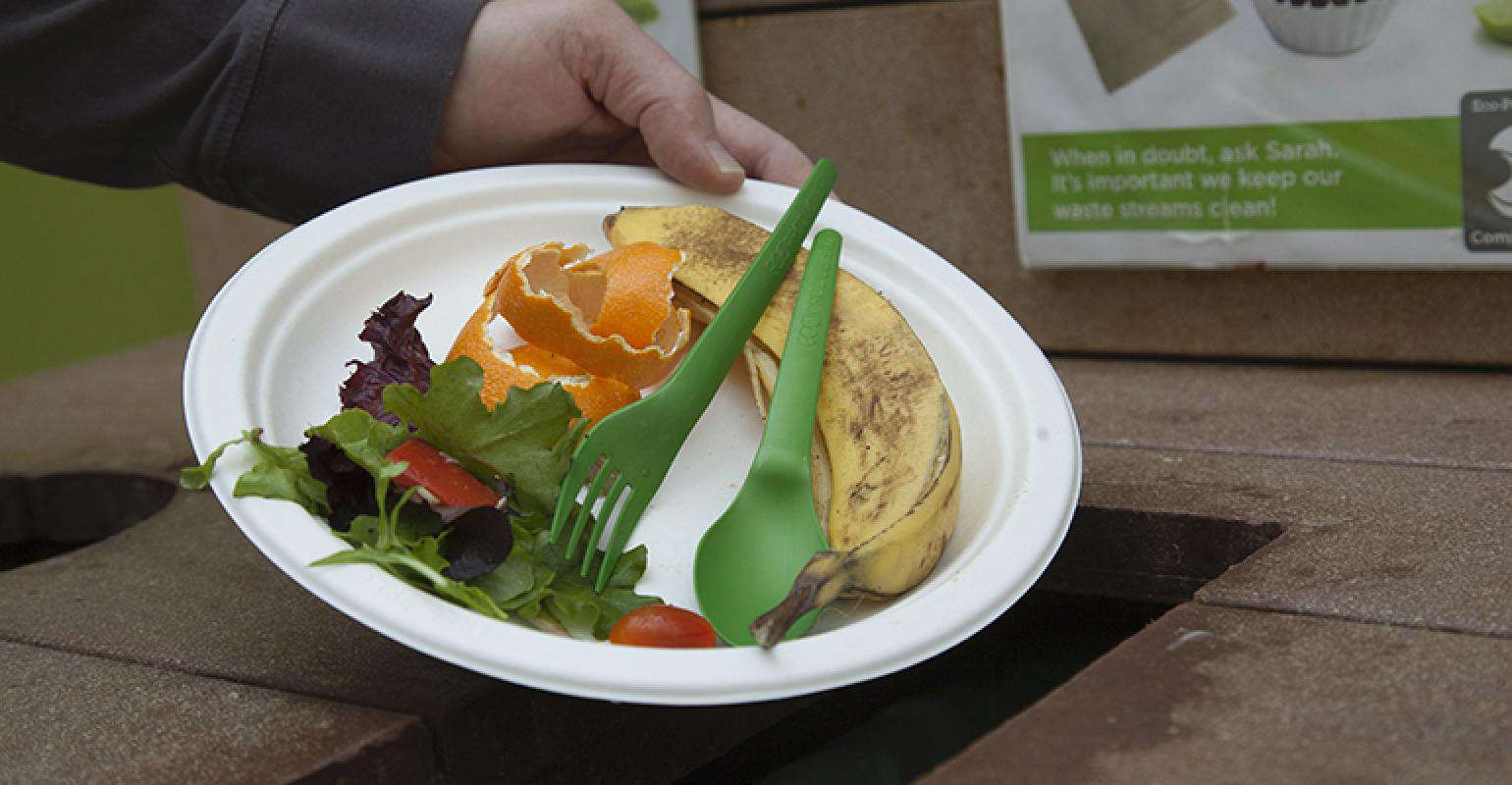 The study, conducted by Eco-Cycle, details the growing problem of food waste in America and identifies ways restaurants can be part of the solution.

A new study finds restaurants can play a crucial role in diverting tons more food waste from the nation's landfills. One way to accomplish this: offering durable or compostable plates, cups and utensils, which the study claims makes it easier for customers to compost their food scraps and sort their waste into the right bins.

The study, conducted by the nonprofit zero waste organization Eco-Cycle, details the growing problem of food waste in America and identifies ways that restaurants can be part of the solution.

"Restaurants play a critical role in reducing and recovering food scraps, and composting is one of the fastest, most cost-effective solutions for reducing carbon pollution and reducing waste," said Kate Bailey, policy and research director for Eco-Cycle and one of the study's authors, in a statement.

The study noted that restaurants are recovering some food waste, but far too much is still thrown out.

"Less than 15 percent of restaurant food waste is collected for composting, and these efforts have primarily focused on collecting food scraps from the kitchen," the study noted. "However, on average, diners leave 17 percent of their meal uneaten, and more than half of these potential leftovers are not taken home. This means there is a large, untapped potential to recover food waste generated by diners through front-of-house composting programs that collect food scraps from customers."

The study discovered that for composting to work well, one of the keys to success is for restaurants to simplify their serviceware by using durable plates, glasses and utensils, or using all compostable serviceware. Nationwide, 85 percent of customers say they are willing to sort their waste after eating out if bins are provided.

However, in order for recycling and composting to succeed, the sorting has to be done properly. Observations in the study found consumers struggled considerably with how to sort materials when there was several different types of food serviceware. By contrast, those restaurants that used one primary type of serviceware—either durable, reusable plates and utensils or a fully compostable system—had higher rates of success. The result: more of what composters love (food scraps) and less of what composters hate (materials like non-compostable plastic that contaminates the compost).

"This report is first of its kind to demonstrate this can be done well and is worth doing," noted Bailey. "Food establishments are capable of very high diversion rates, making them a key partner in moving toward zero waste, reducing our carbon emissions and building healthy soils through composting."

The study, written by Bailey and Dale Ekart of Eco-Cycle, was supported by a grant from Eco-Products.