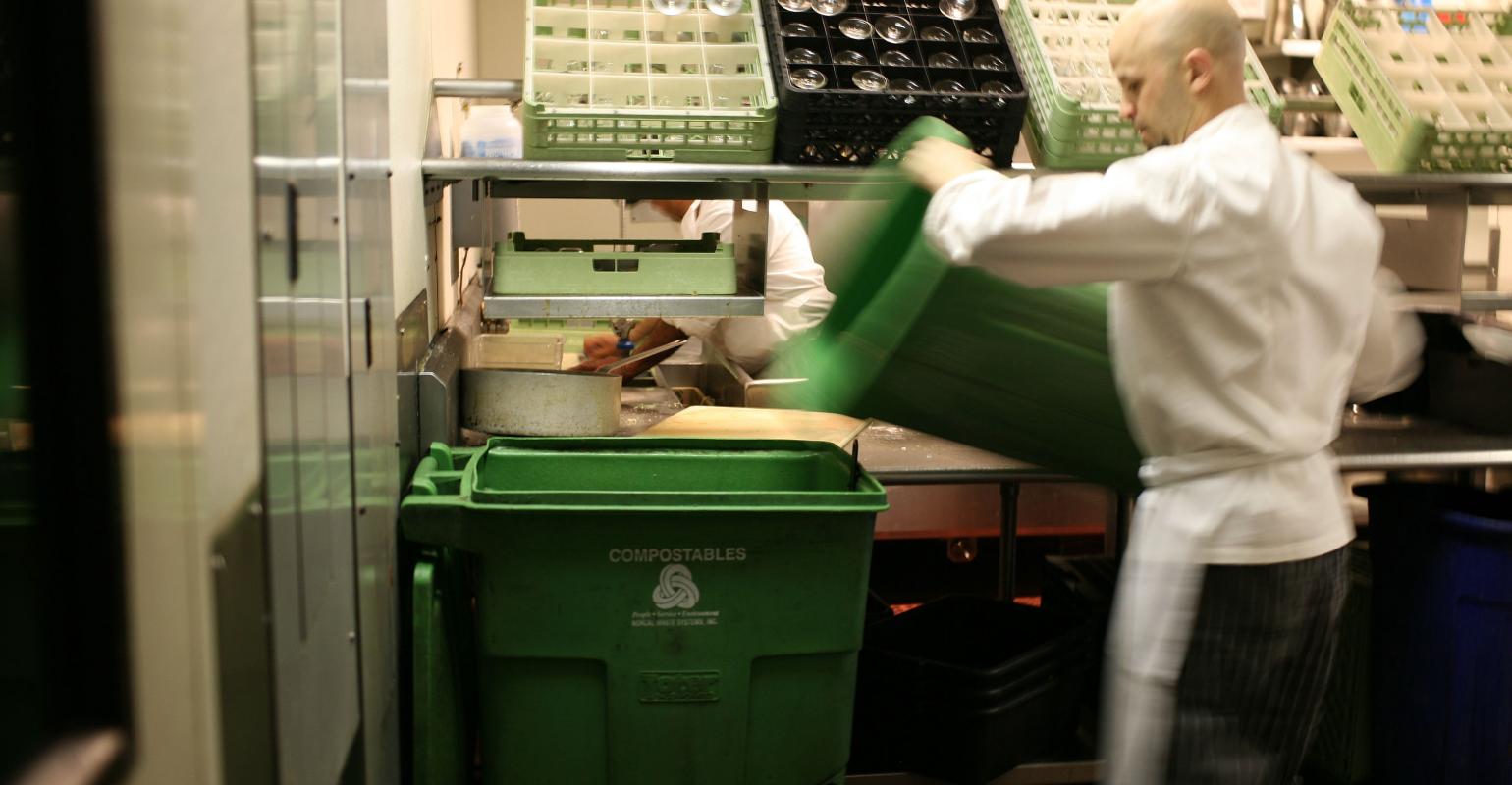 The efforts are in line with the USDA’s food waste reduction goals.

Several large institutions in Pittsburgh, including hospitals and universities, are beginning to implement measures and procedures to eliminate food waste. The efforts are in response to a  , the national nonprofit, and in concert with the U.S. Department of Agriculture’s plans to cut food waste by 50 percent by 2030.

For the last two years, Pitt volunteers have made a regular habit of putting on rubber gloves and scraping uneaten food into slop buckets at the university. Led by Nick Goodfellow, the food service sustainability coordinator, they’ve now conducted 10 “waste audits” to measure how much food students are wasting and to identify patterns.

At Market Central, they’ve found that the mostly freshman diners each waste more than half a chicken breast per meal on average.

At one waste audit, they saw omelettes weren’t being finished, so they cut the number of eggs down from three to two. And the stir fry wasn’t being finished either, so they started serving it in smaller bowls.