One company that’s developed a new approach is WISEerg, based in Redmond, Wash., and born from tech-geek backgrounds. The company’s refrigerator-sized product, called the Harvester, not only converts food waste into organic fertilizer, it uses smart technology to track what’s being thrown out to help the grocers manage waste and create alternative donation or re-use solutions.

Company founders Larry LeSueur and Jose Lugo, former Microsoft software engineers, set out five years ago to create a data-collecting tool to try to keep grocers from throwing out so much food, says Brian Valentine, a board member and primary investor. Once they had that data in hand, they had to figure out what to do with the learnings.

The result is the Harvester, which uses a non-chemical, oxidative conversion technology to grind up food and convert it into a liquid. The firm then collects this from each store, processes it at another vat-filled plant and distributes the high-end fertilizer that is generated. The company has raised about $15 million in funding and today has test units in chains such as Whole Foods and PCC Natural Markets, says Valentine. 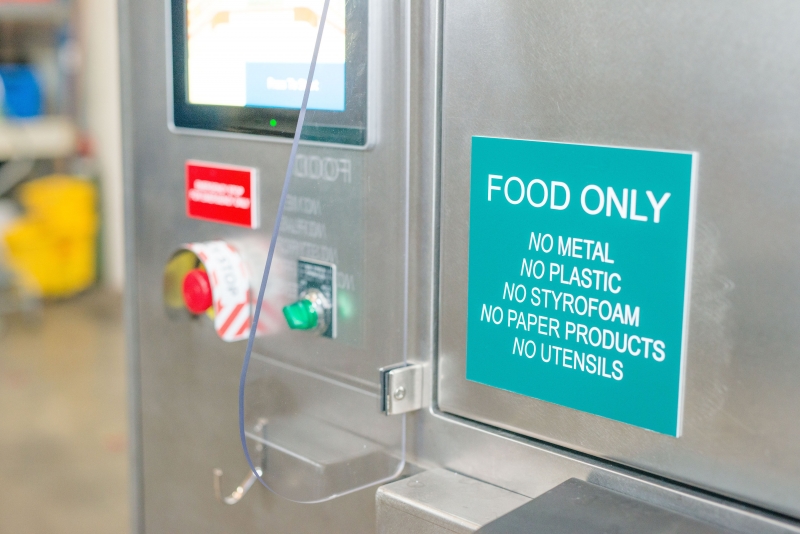 “Think of it like a highly intelligent garbage disposal,” Valentine says, himself a former Microsoft and Amazon executive. “We make our money on the fertilizer side. Typically we’ll sell the machine to a store for less than manufacturing cost, and we’ll have a service contract to remove the end product that is lower than what they’re currently paying a waste hauler. They get their food waste removed through an organic, closed system that has no chemicals, odors or leakage, and they also get data to help them manage their processes.”

He says when they were doing testing on the product, store managers would talk about throwing away around nine tons of food per year, but with no specific ideas on why it was all being discarded. Using the Harvester, store employees enter data about the product being binned, its condition and age, and why it’s being thrown away. That data is tracked, analyzed and sent wirelessly to store managers.

“We wanted to help stores have conversations and learn about what is being discarded,” Valentine says. “Our goal is to encourage chains, for example, to find anomalies where one store is throwing away, say, 1,000 pounds of meat and another is only discarding 200 pounds, and then figure out a best practice.”

This learning process, he says, will encourage grocery managers and executives to track waste practices, and formulate rules to keep food that doesn’t need 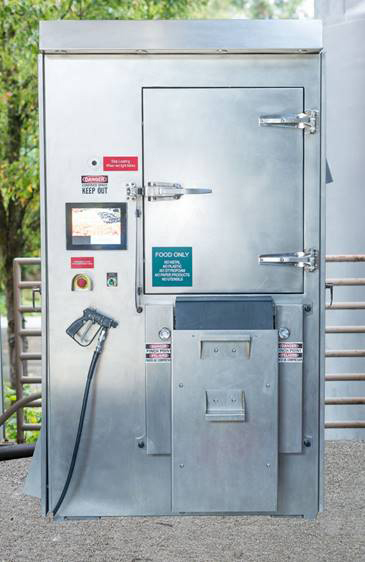 to be discarded—or at least set up a donation system.

This tracks with legislation introduced in December as the Food Recovery Act, introduced by Maine Congresswoman Chellie Pingree. The Act, House Bill 4184, attempts to encourage and enforce new food waste regulations, as well as programs to prevent food waste from increasing landfill sizes. Among some of the new proposals include a clarification of sell-by dates as “quality suggestions only,” the creation of the Office of Food Recovery, the mandatory donation of waste food by public institutions, as well as tax breaks and incentives for composting, food waste-to-energy and other conservation companies such as WISEerg.

Valentine says his firm can gather about 300 to 400 pounds of waste from each machine, which he hopes to have deployed to other grocery chains as well as casinos, jails, cafeterias, hospitals and school systems. The firm’s first production plant, now under construction in Seattle, will convert about three million pounds of liquid waste material into fertilizer, but he says the firm has plans this year to build four more plants in California and two in Portland this year (the firm currently has a much smaller test facility).

The demand, he says, is massive. “We have visions that one day, there could be mini-Harvester-type units that could serve individual neighborhoods,” Valentine says.