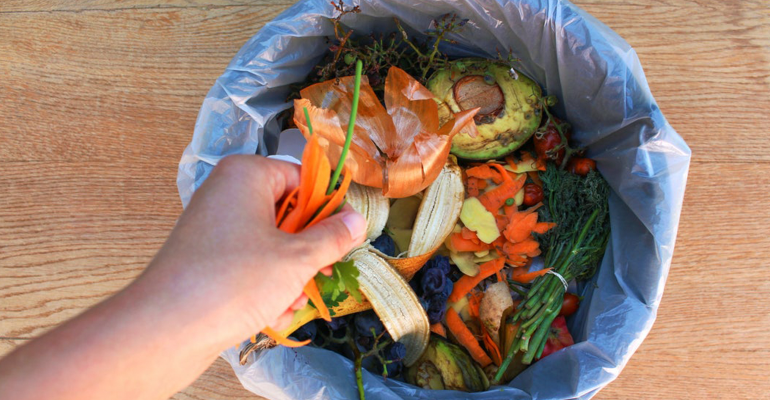 A weeklong series of panels, workshops and resources to help businesses and residents reduce their food waste

The Sanitation Foundation, the official nonprofit of the New York City Department of Sanitation (DSNY) opened registration for its third biennial NYC Food Waste Fair, which will be a unique hybrid virtual/in-person program this year from June 14th to June 19th. The weeklong series of panels, keynote speeches, in-person workshops and volunteer opportunities will bring together businesses, community leaders, policy makers and innovators to talk about the very real problems of food waste and their solutions.

In addition, there will be in-person workshops, including a family-friendly vermicomposting (sometimes called a “worm bin”) demonstration at the Brooklyn Botanic Garden and volunteer opportunities in which New Yorkers will work with Rescuing Leftover Cuisine and City Harvest to rescue food and work at a mobile market to deliver to those in need.

New this year will be the Food Waste Toolkit, a digital alternative to the previous expo, in which residents and businesses gain access to resources year-round to help them reduce their foodprint. The web-based tool prompts users to identify as a resident or a business, and then walks them through the steps to reduce food waste, starting with prevention and ending with recycling (composting). At each step a variety of free and paid services and organizations will be displayed.

The Food Waste Fair was started in 2017 because food waste was, and still is, one of the largest sources of material in landfills. Every year, New York City residents and businesses throw 1.3 million tons of food into the garbage. That’s over 773 Brooklyn Bridges, 5,777 Statues of Liberty, and the weight of every subway car in NYC — 5 times over. When this food ends up in landfills, it decomposes and emits methane, a greenhouse gas that is 80 times more potent than carbon dioxide.

“This past year has exposed the many flaws in our food systems and has changed the way we buy, eat, and dispose of food in ways we never could have predicted,” said Julie Raskin, Executive Director of the Sanitation Foundation. “It’s more important than ever that we amplify the voices of the people doing right by our City and our environment, to provide resources and information to our residents, and to lead the world by example.”

“Food waste is one of the single largest components of the waste stream in New York City, and the less that ends up in the trash, the better. These panels and demonstrations will provide important skills for anyone with a stake in a cleaner, greener city,” said Edward Grayson, Commissioner of the New York City Department of Sanitation.

“This fall, New York City will be restarting its groundbreaking curbside composting program – but many residents aren’t waiting until they see the Brown Bins to do their part. Together, businesses and the public can make a difference in cutting greenhouse gases and reducing food waste, now and in the future,” said Bridget Anderson, DSNY’s Deputy Commissioner of Recycling and Sustainability.

"From stocking community fridges to delivering millions of emergency meals, I saw how quickly City agencies, community partners, restaurant workers, and everyday New Yorkers came together to ensure that no family goes hungry during the pandemic," said Ben Furnas, Director of the Mayor's Office of Climate and Sustainability. "The past year proves that there are no challenges too big for New York City. We can feed more people, cut down food waste, build healthier communities, and fight climate change all at the same time. The Sanitation Foundation's Food Waste Fair is the perfect venue for us to build this future together."

For the first time, the Food Waste Fair will be completely free and open to the public this year, made possible by support from sponsors including WeCare Denali, the Compost Manufacturing Alliance and Closed Loop Partners.

“We have been supporting the Food Waste Fair since its inception in 2017 and we’re excited to see the new form it's taking this year,” said Brian Fleury, VP at WeCare Denali, LLC and Project Manager of the Staten Island Compost Facility on the former Fresh Kills landfill. “The compost industry is in an exciting phase of growth and we see the great environmental, financial, and social potential of diverting more of NYC’s organic wastes into soil amendments.”

Like the Food Waste Toolkit, some other elements of the Fair will live on beyond June 19th. The Foundation is collaborating with Versatile Studios to develop a 60-second anti-food-waste PSA. Directed by Christopher Ewers, the video highlights notable individuals and organizations leading the fight against food waste in NYC.

“We had actually reached out to the Foundation in 2019 for a very special project, and over the course of those conversations realized we’d found a team and organization we wanted to support. When they approached us to contribute to the Food Waste Fair we jumped at the opportunity,” said Michael Dos Santos, Founder and CEO of Versatile Studios. “The wellbeing of our planet is as important to us as that of my employees and family, and key to the success of the business. It’s been important to us to help the Foundation connect back to the communities of New York City as they reopen.”

All events are free and open to the public. To learn more and register, visit www.foodwastefair.com.

About the Sanitation Foundation

The Sanitation Foundation, founded in 2016, is the official nonprofit organization of the New York City Department of Sanitation. Our mission is two-fold: celebrate and support the essential Sanitation workforce and advance the Department’s ambitious zero-waste agenda. We accomplish this by fostering innovative public/private partnerships between DSNY, businesses, and community organizations.