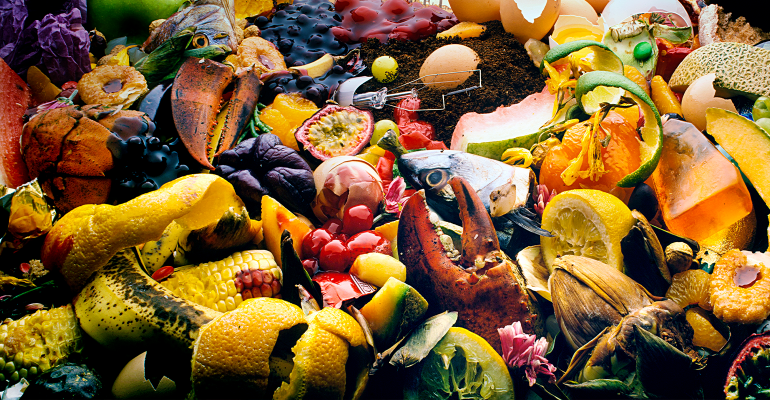 The holidays are approaching, and food waste is abundant.

"Food waste is a complex, but solvable issue that requires engagement from everyone across the food system," said Dana Gunders, Executive Director, ReFED, in a statement. "From creating more public awareness, to technology innovation, to reevaluating waste-ridden business models, the topic of food waste is finally starting to take center stage. But a massive acceleration in effort is needed to reach the 2030 food waste reduction goals. That's why we're excited to see growing excitement around the space."

This year Americans are expected to waste from then 305 million pounds of food, or about $400 million during Thanksgiving. The forecast provides a report about expected solutions and predictions, highlighting how government agencies, businesses and other stakeholders are working to divert the amount of food waste going to landfills by 50% by 2030.

Businesses in particular stand to make good on their food waste commitments. ReFED noted that initiatives such as 10x20x30 propagated by the world's largest food retailers and providers and at least 20 suppliers are driving these efforts.

Climate change and food waste continue to be interconnected, and the link is undeniable. Food waste accounts for 4 percent of total U.S. greenhouse gas emissions, including methane and contributes to the "depletion of environmental resources." ReFed pointed to the spotlight on food waste at events such as the United Nations Climate Change Conference (COP26) and the subsequent Global Methane Pledge to reduce methane emissions by 30% by 2030.

Government officials on the federal, state and local level are enacting policies that confirm the role of food recovery, specifically legislation such as California's SB1383 that takes effect in January 2022. Provisions mentioning food waste are mentioned in the Build Back Better Act, which is currently waiting a Senate vote. In addition, the Food Recovery Caucus has again made an appearance in Congress.

" While climate investments have historically focused on energy and recycling, food waste reduction is one of the most meaningful ways to make a difference," ReFed wrote. "Funding around food waste is growing — from philanthropic dollars to venture capital — enabling organizations and early stage companies to scale up efforts."

"Businesses and others that understand the importance of food waste reduction are realizing that they can't manage what they don't measure," ReFed wrote. "Aided by new calculators that standardize measurement across industries and offer greater transparency, more businesses will specifically measure and report food waste. Additionally, regional collaborations like The Pacific Coast Food Waste Commitment (PCFWC) — one of the largest public-private partnerships dedicated to food waste reduction — are supporting businesses in gathering data and sharing it for better decision-making."