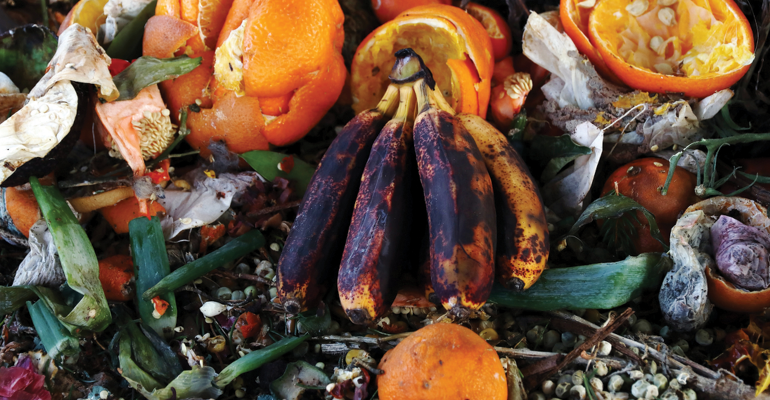 Start Slideshow ›
The photographs have been released ahead of the global COP26 climate summit in Glasgow, which will see world leaders gather together to discuss ways to protect the planet.

Rankin, a Glasgow-born photographer known for his collaborations with celebrities such as Kendall Jenner and The Rolling Stones, recently demonstrated the impact of food waste.

Photos taken in collaboration with Zero Waste Scotland show food manipulated to resemble plastic bottles. The images were released shortly prior to the COP26 global climate summit which is being held in Glasgow.

“It’s time we viewed food waste through the same, if not a more dangerous lens, than single-use plastics," he said in a statement.

The artwork is visible as a "stunning photography trail" in his home city. Landfill-bound food provided the props for Rankin.

"Shooting the plastic bottles out of food waste is my way of bringing this misconception into focus, especially when the solution is simple - just reduce the amount of food you throw away," he added.

Iain Gulland, chief executive at Zero Waste Scotland said in a statement that the change in the perception of plastic in the last few years has been "one of the most dramatic shifts in public consciousness around the environment we've ever seen. The same shift now needs to happen for food waste."

The exhibition will be available through November 19.