Observations from Volunteering at a Food Bank 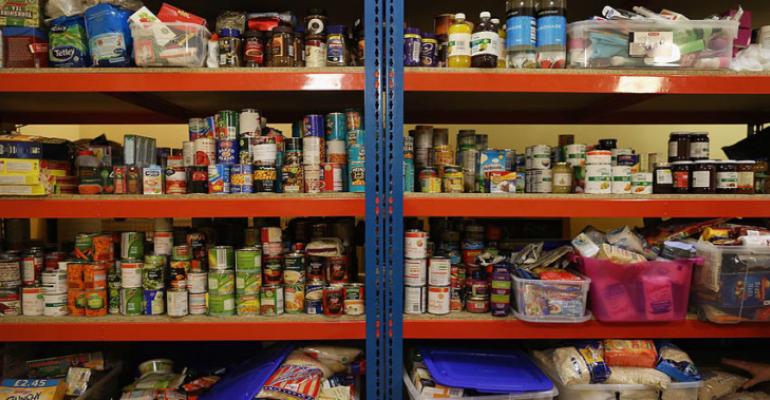 Food banks are complex operations dependent on volunteers to do much of the heavy lifting.

Food donation programs are one of the best ways to eliminate food waste. After all, they take edible food and feed the hungry instead of letting the food get thrown away. But as I learned a week ago, these are complex operations dependent on volunteers to do much of the heavy lifting.

I had joined my fellow board members of the Maryland Recycling Network for a volunteer shift at the Maryland Food Bank. In its 35th year of operation, this food bank is experiencing a surge in food donations. In fact, food contributions doubled from 2012 to 2015 and in 2016, the Food Bank distributed 41,000,000 meals through its 1,250 distribution partners. These partners are the local community groups that directly distribute food to individuals in their community.

All food banks rely on donations of food, time and money. Food is donated by grocery stores and other donors, with semi-trailer trucks arriving daily at the warehouse full of pallets of edible foods. After delivery, volunteers are essential for sorting and packing the food. In 2016 volunteers donated 35,000 hours of time to the Maryland Food Bank, saving that organization millions in costs. As for the food donors, they get tax deductions and lower hauling costs.

After a safety orientation, we were given our assignments. We were divided into two crews. One would be sorting meat products. (They were told to “dress warm” before they came, I bet they were working in a cold storage unit). Our group was assigned to the conveyor belt. Along with another volunteer, I was given the task of unloading boxes of donated food, checking for anything that had to be rejected and putting the good stuff on a conveyor belt. The other volunteers were pulling off specific items such as beverages or canned vegetables for further distribution. Over the course of the morning my partner and I sorted through more than 100 boxes.

To my surprise, working at a food bank was also a good lesson on the importance of good packaging in avoiding food waste. We filled several trash cans with food that could not be donated. In most cases, it was due to what I would call “package failure.” One big problem was containers whose labels had peeled off. Let’s face it, you can’t distribute mystery whatever! Another problem was paperboard boxes that were crushed or ripped, exposing their contents. (You don’t know annoying until you have picked up a box of pasta only to have it empty out all over the floor). Dented cans were also a problem, but they could be distributed if the dents were minor.

The most frustrating instance was individual serving-sized fruit cups that had separated from their bulk containers. The cups were unlabeled because the container had the product information. We knew they were fruit and could usually guess which kind, but without labels, they had to be discarded.

Fortunately, the amount of rejects was very small. All of the rejects were frustrating, but I understand the need to ensure that only clearly identified edible food is distributed.

The one package I saw very little of on my shift was flexible packaging. That might be because the label is printed directly on the container or it might be that they don’t dent or break easily. Of course, maybe the sample is too small to draw conclusions. Nonetheless, flexible packages were noticeable in their absence.

I’m glad our group was able to provide this volunteer activity. I left a little tired and sore, but happy to do my part. Food banks serve an incredibly important role in both eliminating waste and in feeding the hungry. But they can’t succeed at either without volunteers.

If you are interested in helping out, check the web site of your local food bank. It should have all the information you need. Volunteer. You will enjoy the experience. I plan to go back and help again. I hope to see you there.