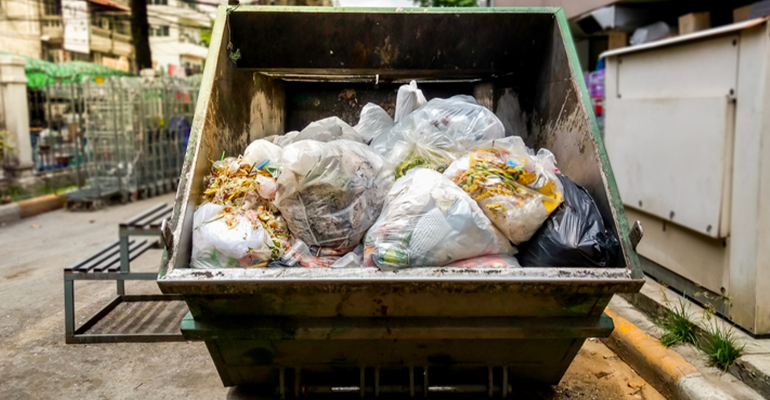 As efforts to reduce food waste intensify throughout the United States, the Natural Resources Defense Council's (NRDC) Food Matters project has been working with cities across the nation to enact policies and initiatives aimed at waste reduction.

Following a pair of 2017 reports that estimated the success of what the environmental organization calls "innovative modeling techniques," Food Matters began to put the analysis in action in Denver, New York City, Nashville and other U.S. cities.

"As we worked with additional cities, trends began to emerge in how city size and demographics affect food waste efforts, how various sectors— such as restaurants, grocers, and hospitality—contribute to municipal food waste, and which sectors offer the greatest opportunities for food rescue," the NRDC explained. "We sorted the cities by various geographic and demographic factors into five groups and looked for food waste commonalities that might hold true for other cities meeting the same criteria"

The findings were recently detailed in the October 2021 document Feeding a City: Food Waste and Food Need Across America. The goal of the report is to allow other municipalities to replicate efforts to reduce food waste.

The report discovered that food waste generation is "fairly consistent across most cities." While residential waste comprises more than one-third of a city's food waste, restaurants follow close behind in waste generation with about 25 percent.

One key finding is that food waste and population density are negatively correlated, meaning the more densely-populated city or household, the less waste generated. This could cause disruptions in urban planning and development.

The retail sector has the "largest potential" for food recovery for those impoverished communities. Large grocery stores average 75 percent of rescue potential. However, small retail holds the second-highest opportunity in more than half of the cities studied.

Even though 40 percent of the nation's food goes to waste, few municipalities have enough surplus stock to service every insecure household.

"On average, the maximum amount of food potentially available for food rescue would cover 72 percent of a city’s meal gap," the NRDC reported.

Food rescue efforts are more likely to be successful in smaller, more populated cities with either "high poverty rates or high food costs." In this situation, the density of the city allows donations to more readily be distributed. Larger metropolitan areas present different logistical circumstances and less surplus based on need.

As a result of the myriad challenges a city could face while implementing a system for food recovery, the NRDC recommended that municipalities should target reducing waste at the residential level and at restaurants. In addition, cities should identify facilities that are "producing sizable amounts of food waste and provide targeted technical assistance in food waste prevention, rescue of surplus food and recycling of food scraps."

The NRDC suggested that municipalities begin their searches in the food manufacturing and processing sector if no other generators such as universities are identified.

Collaboration is the key component. In addition to maximizing food rescue efforts at the retail level via supermarkets, cities also should partner with food rescue organizations to gather data about how much food is rescued and collaborate on future efforts.

"Of the various food waste reduction strategies, preventing food from becoming waste in the first place typically offers the greatest financial and environmental benefits," the NRDC stated. "Prevention reduces the cost of purchasing, handling, and ultimately disposing of food that isn’t eaten. If we can better match the amount of food grown to the food we eat, we can avoid the unnecessary use of water, agricultural chemicals, energy, and other resources required to produce, process, transport, package, and dispose of that eventually wasted food."