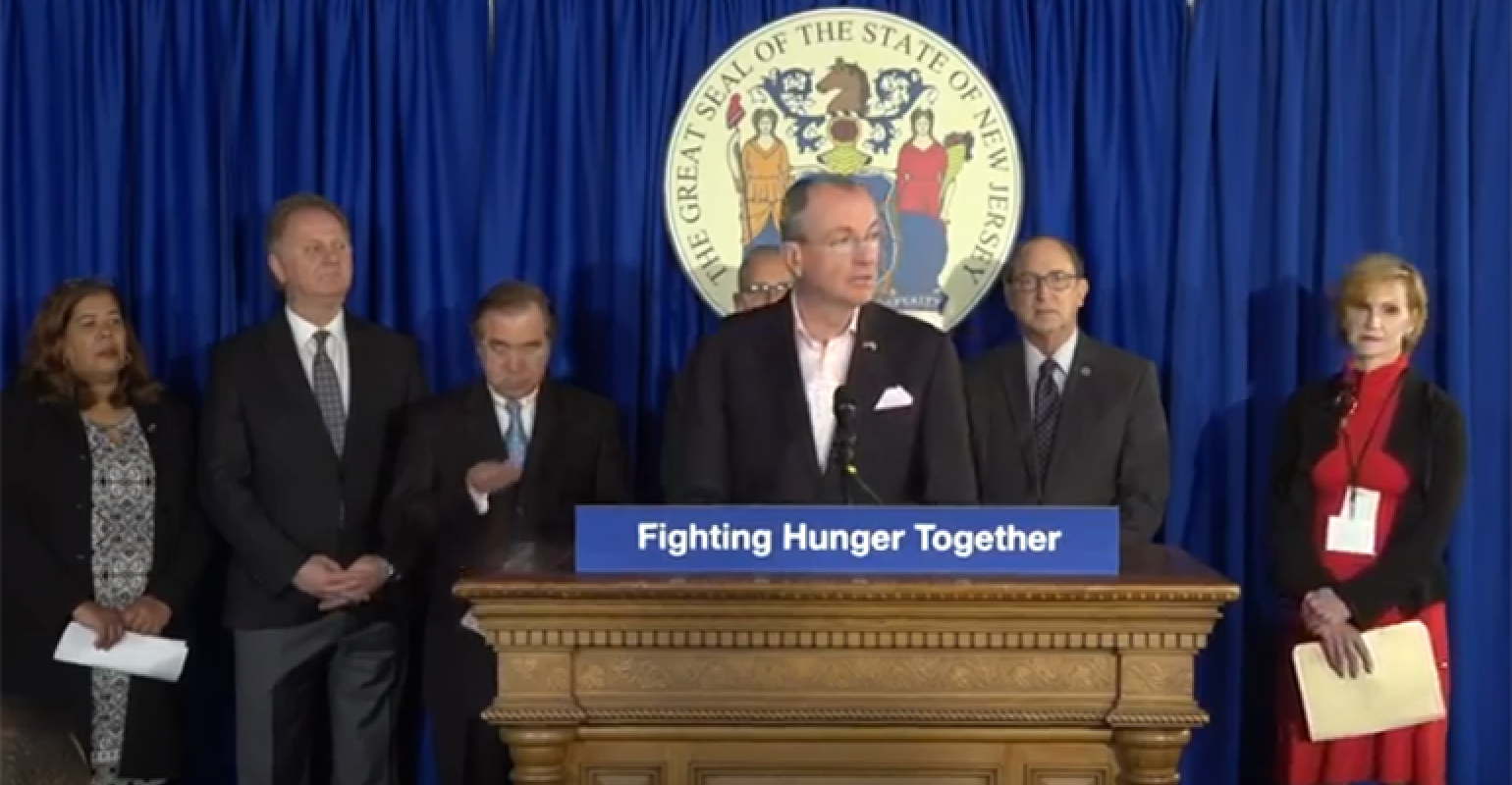 New Jersey Gov. Phil Murphy on May 9 signed a legislative package into law to fight hunger in New Jersey.

“In the richest nation in the world, it is a moral failure that so many of our fellow New Jerseyans don’t have enough food to eat,” said Murphy in a statement. “This comprehensive approach will allow us to leverage New Jersey’s strengths to better provide for our residents, so families can provide for themselves and their children. I applaud Speaker Coughlin for his leadership in this effort, as well as Senate President Sweeney and all of the sponsors for their hard work and commitment to eliminating food insecurity in New Jersey.”

The legislation addresses New Jersey’s hunger crisis by coordinating efforts among government agencies, including the Department of Agriculture, the Office of the Secretary of Higher Education and the Office of the Chief Innovation Officer. The legislation confronts food deserts in New Jersey communities and hunger among students at the state’s colleges and universities, spreads information about resources through state websites and discourages food waste, among other efforts.

“People need to be made aware of just how much food we waste every single year,” said Smith (D-Middlesex/Somerset) in a statement. “The United States throws away about 30 to 40 percent of all food, which then ends up accounting for over 20 percent of all waste in our landfills. This is just absolutely unacceptable. There are much better alternatives for the extra food. We could donate extra food to food pantries or homeless shelters and compost the food that expires. There is no conceivable reason we should ever be wasting food.”

In 2017, New Jersey passed legislation to establish a food waste reduction goal of 50 percent by 2030. The law requires the Department of Environmental Protection, in conjunction with the New Jersey Department of Agriculture, to develop a plan with public input to accomplish this goal.

The new law (formerly bill A-4705) takes the next step by creating the New Jersey Food Waste Task Force within the Department of Human Services. The 12-member panel will be responsible for identifying and examining factors that lead to food waste in the state and identify strategies that may be used to:

The task force is required to submit a report to the governor and legislature no later than one year after organization. It will provide its findings and recommendations for appropriate action to reduce food waste in New Jersey. The task force would expire upon submission of its report.

The law passed the Assembly in February by a unanimous vote.

The first law in the package will direct the Department of Agriculture to establish a public awareness campaign for food waste. The department will be required to encourage the reduction of food waste through donating or composting leftover food. It also will encourage the development and distribution of appropriate informational materials regarding food waste, through media outlets such as social media, television, radio or print media.

The second law will establish the New Jersey Food Waste Task Force in the Department of Human Services. The task force will be responsible for examining and making recommendations for legislative or executive action regarding reducing food waste in the state.

The third law will require the chief technology officer of the office of information technology, in consultation with the commissioner of human services and the commissioner of agriculture, to establish an “Anti-Hunger Link” on the official website of every state executive department. The link will direct the user to a dedicated page listing all of the emergency food programs in New Jersey. These include food pantries, soup kitchens and child and senior feeding programs.

The fourth law will require the secretary of agriculture to designate a current employee of the department as “farm liaison.” The liaison will encourage farmer participation in state agriculture programs, including food donations and anti-hunger initiatives.

The fifth law will require the Department of Agriculture to establish a two-year food desert produce pilot program to provide food desert communities with access to fresh and affordable produce. In establishing the program, the department will select one or more partnering providers to establish weekly markets that may be operated in partnership with local public schools or community organizations.

A joint resolution urges large food retailers and consumers in New Jersey to take certain steps to reduce their own food waste. Specifically, large food retailers are urged to upgrade inventory systems with the latest technology, reduce excess inventory and handling and reduce the amount of perishables that ultimately go to waste. Another joint resolution designates the Thursday of the third week of September of each year as “Food Waste Prevention Day” in New Jersey.