A Look at How Governments are Tackling Food Waste (Part Two) 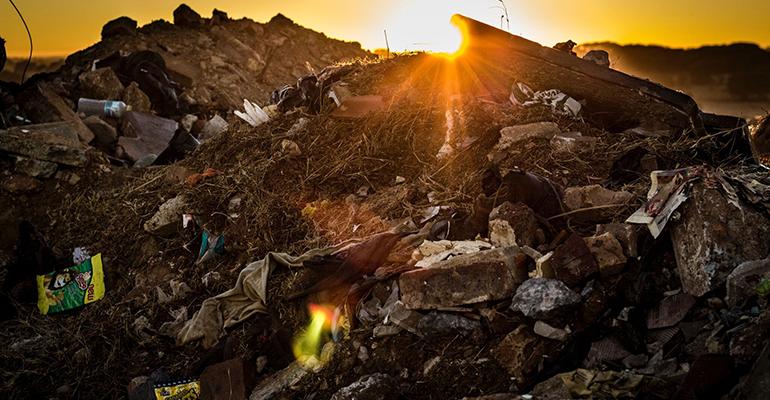 BioCycle recently identified 300 full-scale food waste processing facilities in the U.S.—operations that routinely process truckload volumes year-round. Scaling infrastructure is both time and money intensive. Capital costs can run tens of millions of dollars, and complying with beefed up air and quality rules and addressing other operational responsibilities are expensive, too.

Then, there are logistics to iron out, from securing ample yet manageable feedstock volumes to finding haulers willing to collect rotting organics.

The good news is the long mulled-over federal Farm Bill will finally provide funding for food waste reduction infrastructure—though the plan starts fairly small scale with an intention to ramp up.

Meanwhile, some state and local governments are forging ahead on their own to generate funding as well as entering partnerships to run sustainable programs. Unsurprisingly, larger cities have a leg up.

“They generate more compostable material that leads to more feedstocks and greater income opportunities for collectors, which may make negotiating contracts easier,” says Nicole Civita, sustainable food systems lead at the University of Colorado in Boulder.

Prince George’s County, Md., has more food scraps than it can handle, despite significantly expanding its compost operation, which takes mainly yard waste but some food waste. As of last year, there was a waiting list of 30 institutions wanting to bring food scraps to this Washington, D.C.-area suburb. 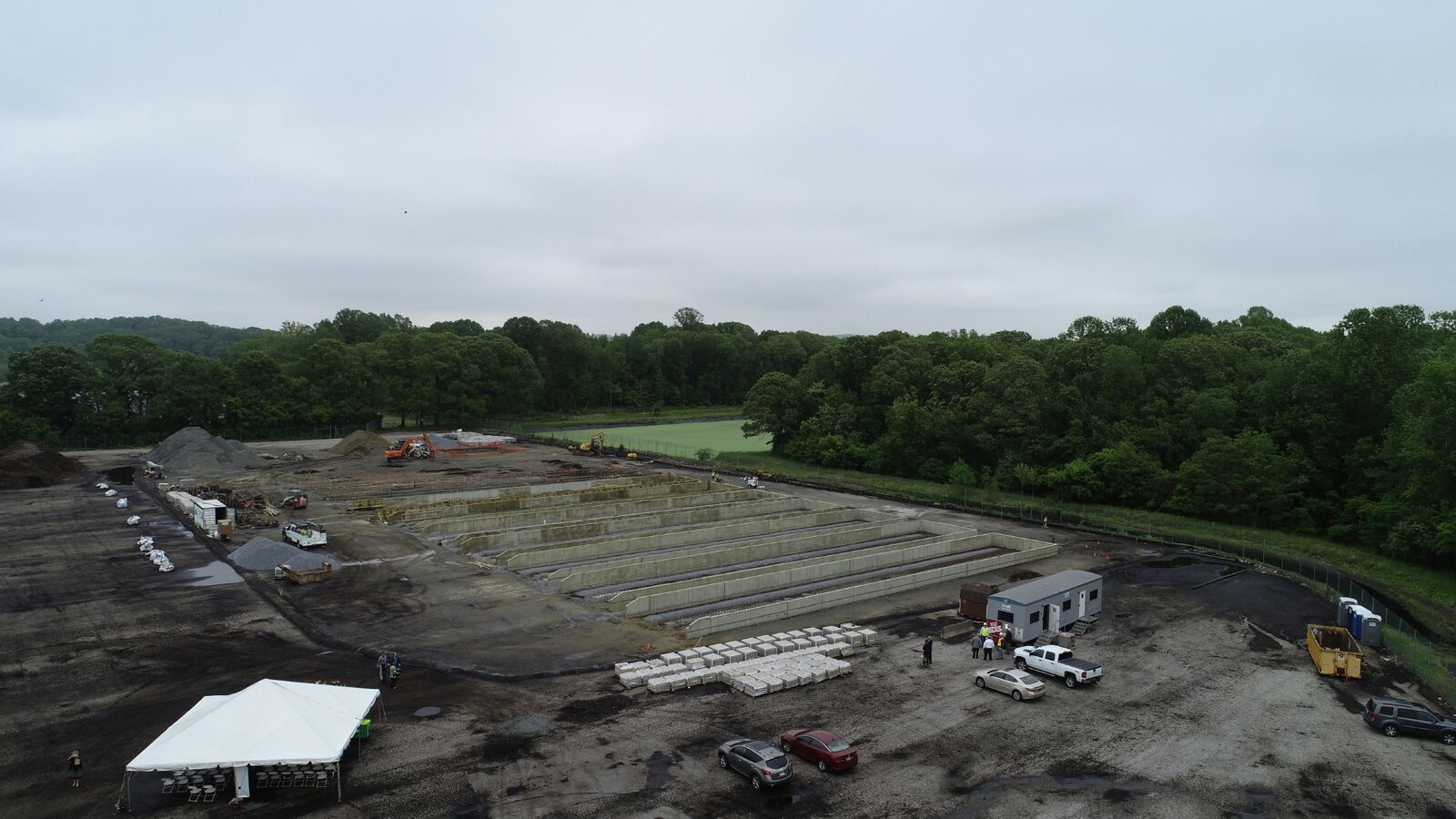 "Cities grappling with existing infrastructure should ask, 'what resources already exist? Are there compost facilities that could be scaled up or that aren’t taking food but could?'" says Emily Broad Leib, director of Harvard Law School Food Law and Policy Clinic.

She points to states that have helped move the needle. Massachusetts is one of a few that bans food waste, and to encourage development of infrastructure that will be required to support the mandate, it created funding for processing facilities. Similarly, California offers statewide funding to set up composting.

In Vermont, individual districts proactively seek funding. Central Vermont Solid Waste Management Districts secured grants from the U.S. Department of Agriculture and the state for several projects, including community compost sites and a transfer station to collect food scraps and haul to larger compost facilities. Vermont currently has 100 food scrap drop-offs, and its most recent waste composition study estimates that residents compost or divert 40 percent of their food waste.

Several years ago, New York City began rolling out food scraps collections to medium- and low-density areas. Now, it’s focusing on 10-plus multi-unit buildings, which can be tricky.

“It’s a balancing act between making it easy for building staff to manage and making it easy for residents,” says Bridget Anderson, deputy commissioner of recycling and sustainability at the City of New York Department of Sanitation (DSNY). “Bins may be placed in chute rooms on every floor if they exist and there is space and enough staff to collect them. Otherwise, they may be placed in basements. The idea is to set up easy access points so disposing organics is as convenient as disposing trash or recycling.”

When DSNY can accommodate the load, dual-bin trucks are utilized to collect more material types at a time. Food waste moves on to either the Newton Creek waterwater treatment plant for anaerobic digestion, a Staten Island compost facility on city property or non-DSNY facilities.

Some smaller jurisdictions have to find ways to round up enough material to justify collecting and hauling it. They may outsource bimonthly pickups or have drop-off sites only. Other remote regions, like parts of Vermont, teach residents how to compost at home. 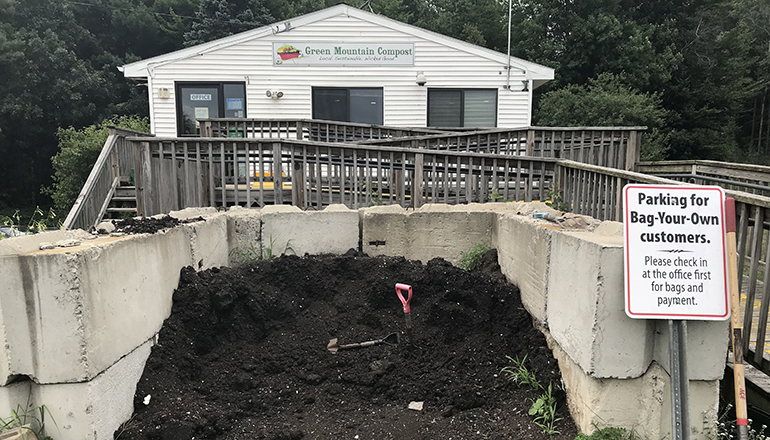 Vermont's haulers are required to collect food scraps, but there's been pushback.

“It’s economically infeasible for many of them. On the other hand, the state’s Universal Recycling Law appears to have encouraged small but growing composting businesses. Thus, it seems promising to create smaller, localized loops with fewer intermediaries in less densely populated areas,” says Civita.

Congress created a program through the Farm Bill that can allocate funding for food waste reduction programs to at least 10 cities or states each year. Up to $25 million could be spread among these programs and urban agriculture.

“That could be a good place to go, especially for areas that can’t afford to create their own infrastructure,” says Broad Leib.

Even with startup money, governments need to think about how to sustain their programs.

Denver’s services, once funded by a grant that ran out, are paid through property taxes and general funds. Austin, Texas, which offers food scrap pickups to almost half its residents, plans to expand citywide by 2020, which will likely require increasing monthly fees by about $4, according to Civita.

Falls Church, Va., charges $6 a month for curbside organics collection and covers the remaining $3.50 per participant. The city is at 566 participants, and once it gets to 600, residents will pay the full fee, which will be less than $9.

“The idea is to incentivize residents and show them how the program works. Also, by getting more of them to participate, we can make it more cost effective,” says Lonni Marquetti, solid waste program manager for Falls Church. “We want to make this an everlasting program where managing food waste becomes part of our community’s culture.”

The third and final part in the three-part series tells the story of the five states that have food bans and the latest on New York State’s pending legislation. Read part one here.