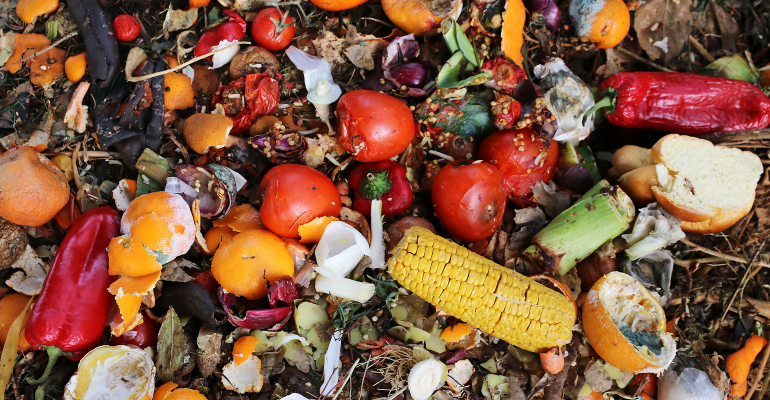 With nearly 54 million Americans facing food insecurity during the pandemic, recovery of the estimated $161 billion of food wasted each year is crucial to both environmental and public health efforts.

St.Louis-based NanoGuard Technologies is leveraging the power of technology to prevent food and feed waste and aid food recovery efforts. Founded in 2014, the proprietary technology "eradicates harmful pathogens via airilization, a non-thermal sterilization method that uses energized air to safely kill harmful bacteria, mold, fungi and viruses in minutes," according to the company.

Investors have taken notice, with more than $10.7 million raised in four rounds of funding, according to Crunchbase. In 2019, NanoGuard secured a $600,000 SBIR phase II grant from the U.S. Department of Agriculture.

Waste360: Please tell me about your journey at NanoGuard and how you have seen the issue of food waste evolve since you started there.

Clarke: Since the inception of NanoGuard in 2014, we have seen the usual rollercoaster ride of a start up. Great idea, technology challenges, advance the technology, run out of money, in the start-up world, it is always something. The one constant is the problem that needs fixing is about a third of food is wasted after harvest. That amount equals billions of dollars worth of effort by the farm community, and the natural resources required to grow this food headed to the landfill every year.

We have seen a greater focus on the problem in the past several years, which means we have also seen investments in certain areas to help mitigate the problem. The areas tend to be centered around improving the traceability of food and the efficiency of the supply chain. We have seen less of the fix for an underlying problem of the detrimental microbes that reside on the food and cause what we would consider a premature waste of this food. As you can imagine, this is one of the areas that NanoGuard Technologies has focused our energy. Reduce the microbe count, extend the shelf-life of the product in question, and make the food safer in the process.

Waste360: How has the company changed or grown since its founding in 2014?

Clarke: Our initial focus was on large row crops, such as wheat and corn, as this is where our initial investors saw value. We continued to see ways that our technology could reduce microbes, such as molds, fungi, and pathogens (E. coli and salmonella). It didn't take long to find a problem in this area needing a solution as global food waste reduction screams for attention. Global food security is everyone's concern, even in the United States. We added microbial reduction as an area of research. Our goal is not to sterilize food but to lessen the impact of microbes and, by doing so, improve the shelf-life. Improving the shelf-life for even a few days can add millions of tons to the global supply, and in developing counties, this impact can be multiples of what we expect in the U.S.

Waste360: How does Nanotech's High Voltage Atmospheric Cold Plasma (HVACP) process work? What is the advantage of this process versus other technologies?

Clarke: The NanoGuard process uses high voltage cold plasma, but it is not used to treat the food directly. We use the HVACP to create ionized air, and this ionized air is then commingled with the food in need of decontaminating. Our patented technology is the advantage of a low operating cost since our raw materials are air and electricity, and we leave no residual chemicals from the treatment itself on the decontaminated food. We are building this technology for large and small scale volume treatments to match customers' needs with the need to treat tons of food per hour to as little as pounds of food per day.

Waste360: What types of facilities or companies utilize this technology?

Clarke: We expect that the companies that will start with this technology will work in peanuts, fresh fruits and vegetables, meats, and pet food. We are still in the pilot phase of our scaling process, so we have not yet deployed the technology into the commercial arena.

Waste360: How much food has been saved as a result of this technology?

Clarke: As mentioned previously, we are still in the pre-commercialization phase, but the total tonnage wasted each year approached 1.6 billion tons of food across the globe. While we do expect that we can eliminate this amount, we see that even partial improvements can provide hundreds of millions of tons of food that is good to feed the needy and not left to rot in the landfill and waste precious resources used to grow these food products.

Waste360:  Did the pandemic change how this technology was viewed or implemented?

Clarke: The pandemic has created solid logistical issues with the development of the technology due to less face time within our team, but it increased our ability to reach potential customers on a global scale. Before the pandemic, we expected to meet customers in person, regardless of what area of the world they reside. Today, we are just a video call away. Some may have to occur early morning or late evening depending on the part of the world we are discussing, but for a startup, the time and money saved more than offsets any time inconvenience.

Waste360:  How important is technology to the early mitigation process?

Clarke: Current technology is based on the washing of food, but in many cases, this is counter-productive. The sooner we can treat the food, in some cases right after harvesting, the less negative impact the microbial community will have as the food transitions through the supply chain, ultimately landing in the consumer's home. We also subscribe to the theory that a single treatment might not be as effective as ultimately desired, even early in the supply chain. Given that microbes are present in all forms of food production and processing, we expect that recontamination is a possibility, but one that NanoGuard has the capacity to keep under control.

Waste360: Where do you see technology such as this aiding food waste and recovery efforts in the future?

Clarke: Our current areas of geographic focus are in the United States and Europe. We expect that as we perfect and improve on the cost structure of our devices, we will naturally migrate into other areas of the world, such as countries in Africa and Asia. We patented our technology globally in anticipation of such a future in leading the effort in a major improvement in global food waste reduction.