How Municipalities are Tackling Food Waste and Climate Change 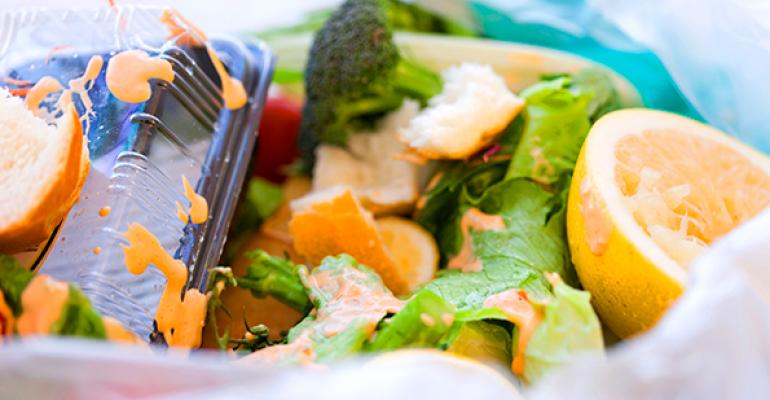 Why has food waste become such a priority with the climate change issue? “To meet our waste and climate goals, we won’t do it without food waste,” said Ida Arabshahi, program analyst, Department of Energy, District of Columbia. Food and climate change are increasingly becoming advocacy issues tied together, according to speakers at the WasteExpo session, “Municipal and State Food Waste Policy as a Lever for Tackling Climate Change.”

Food and climate change are increasingly becoming advocacy issues tied together, according to speakers at the WasteExpo session, “Municipal and State Food Waste Policy as a Lever for Tackling Climate Change.”

D.C. is emerging as a leader in food waste policy, said Ida Arabshahi, program analyst, Department of Energy, District of Columbia. As it moves toward a circular economy, D.C. has a goal of a 60-percent reduction in food waste by 2032.

Orlando meanwhile has a zero-waste goal by 2040. The city is focusing on food issues up the chain, such as rescue and recovery, said Brittany McPeak, sustainability project coordinator, city of Orlando.

In Detroit the effort is in supporting and advocating with policy, the public and practitioners, said Renee Wallace, executive director, FoodPlus Detroit.

Why has food waste become such a priority with the climate change issue? “To meet our waste and climate goals, we won’t do it without food waste,” Arabshahi said.

McPeak agreed. “It’s really tangible. We all do it (generate food waste). Every citizen can understand.”

Likewise, people in Detroit have an affinity for composting, because at the end of the day they value the application, Wallace said.

Stirnkorb wants to emphasize consumption issues. “Rather than looking at sectors, we should look at consumer habits.” She, like Arabshahi, emphasized the importance of the Glasgow Food and Climate Declaration, which called for international cooperation on the related issues.

Cities are increasingly thinking about that consumption factor, said Keating, especially how to incorporate food coming from outside the city.

D.C. and Portland already were implementing some of the directives from Glasgow. In Portland, one key policy recently implemented was getting businesses to separate food scraps. For Oregon to meet its goals, there needs to be more local ordinances requiring food waste diversion, Stirnkorb said.

Government support is not always there, at least as it’s desired. Arabshahi said in D.C. there’s been a couple of key legislative moves that has helped the food cause, both externally and internally (with staffing help). But overall, the policy is not in place currently that is needed.

McPeak said some of the policy work has been more informal. Orlando has been operating with a self-imposed organics landfill ban. “We’re pursuing incremental policies that can help us reach our goal.”

Detroit has a motivated population that cares about these issues, such as composting, Wallace said. Her group tries to educate its citizens around their interests, but it’s a struggle. “We have a ways to go.”

Keating points out the community organization is key. Wallace said her firm tries to marry legislation and policy through means such as forced reductions, particularly early in the food chain. Food recovery is key. And she plays to the point that food is something we all relate to.

Partnerships can take different forms. Stirnkorb said in Portland one example is a partnership Metro has formed with the Hilton Hotel, which has been pursuing its sustainability goal. The work started out as more climate-oriented, but more recently food was added. Metro also has started a pilot program with the convention center. The partnerships often focus on prevention.

Arabshahi pointed out that non-profits also can be helpful to fill in gaps in an approach. McPeak said Orlando has launched a commercial food waste composting partnership. “We’re now creating a roadmap for small and large businesses,” she said. “Small businesses especially can be forgotten.” Orlando also is reaching out to vendors to include them in the process.

Wallace emphasizes a broad base of stakeholders, from government and its office of sustainability to neighborhood managers and health inspectors.

Keating asked the speakers what policy would help them the most? McPeak said Orlando’s self-imposing organics ban has had just limited success, and she would like to see the policy formalized. In her city about 40 percent of the food waste comes from the hospitality business, and only a handful of operators are participating. She’d like to see a program in place such as pay-as-you-throw.

Wallace said there should be a broad policy umbrella created, and then people could hone in on one or two items within that framework. Arabshahi said some funding has been proposed for a curbside composing program in the district, which would help the cause

McPeak emphasized that more work needs to be done upstream, at the production level, to reduce food waste.

In response to audience questions, McPeak said regarding the need for unified communication that people hate wasting money more than food, so that should be emphasized. Stirnkorb said educating generators is key; commercial food operators at first were reluctant to acknowledge their waste until it was demonstrated to them.