How the Cleveland Browns are Tackling Food Waste

Brad Mohr, director of stadium operations for the Cleveland Browns, is a leader in the waste and recycling industry for sporting events. In addition to being responsible for the stadium’s front-of-house operations, Mohr is an active participant in the northeast Ohio’s green community.

Mohr kicked off his operations career in 1995 with the Cleveland Indians and has also worked in Chicago at the United Center, home of the Chicago Bulls and Blackhawks, and U.S. Cellular Field, home of the White Sox. He is also a current member of the Green Sports Alliance and Stadium Managers Association.

He has shared his story and successes locally, nationally and internationally and will be speaking about food waste reduction and recovery from large and small venues at Waste360’s WasteExpo this June as part of the Food Recovery Forum.

Waste360 recently spoke with Mohr about his role as director of stadium operations for the Cleveland Browns and the team’s latest waste and recycling efforts.

Waste360: What’s involved in your role as the director of stadium operations for the Cleveland Browns? 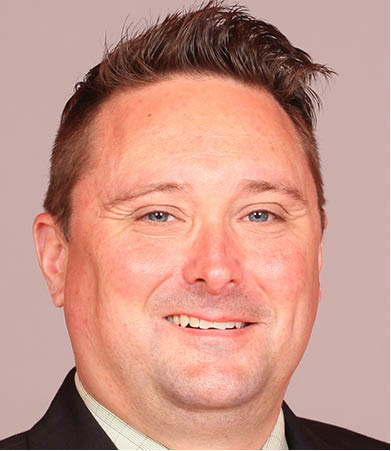 Brad Mohr: I am in charge of all of the front-of-house activities for the team at the stadium, which includes all of the ushers, ticket takers, security, etc. I also focus on how the stadium looks, and I work closely with custodial. Basically, anything that the fans see I have my hands on.

I also lead the team’s sustainability and greening efforts, which is really done in the back-of-the-house. The back-of-the-house covers things fans don’t see, such as the basement, the compactor room, the compactors themselves and trash removal. It’s really a combination of all of those procedures and how we work to get things downstairs without disturbing our fans’ enjoyment of the game. The last thing people want to see is a bunch of trash bags or mountains of garbage lying around oozing on the concourse while they are walking to get hot dogs or beer.

Waste360: What goes into managing food and organic waste at an NFL stadium?

Brad Mohr: It’s all about teamwork and trust for us. We all have the same goal of reducing the amount of trash going to the landfill, and we are doing whatever we can to make the best use of our waste. With our waste on the food side, we do two things: We make significant donations to the Greater Cleveland Food Bank, and we also have a system that turns food scraps into electricity. In order to do this, we have staff training and a true mutual interest of doing the best we can to throw as little as we can into the landfill.

All of our cups are recyclable. We don’t have any compostable items because it doesn’t mesh with the bio digester right now, but when that technology gets there I am sure we will switch over. We also have approximately 150 recycling bins both inside and outside the stadium that we use to capture as much as we can.

There is a definite fine line for me between intruding on someone’s enjoyment of the game by telling them where something goes or that they must do something a certain way. People come to the game to forget reality and to escape life. I think I have to be really careful not to cross that line because people want to be here to escape for a little while.

I have no idea if people are educated on these things, if they don’t believe that things are being done or if they are a true greenie. I honestly have no idea so I have to cater to all of those types of people. It’s a little easier with the staff because I can create a culture, show them the results and show them how they have contributed to the Cleveland Browns’ efforts. It’s a little tougher when it comes to fans, and I have to be careful with that. The best thing I can do is make the message simple.

Brad Mohr: We want to get our recycling number up. We are doing great when it comes to food, scraps and back-of-the-house stuff, but capturing things from fans has been a challenge. This is mainly due to the fact that our bins get contaminated because the fans put whatever wherever. We also need to educate temporary staff members who pick up the trash after the game. We need to properly educate them about the stuff that ends up under the seats and show them what is recyclable and what goes in the trash. It’s a training issue, and it’s also a convenience issue for the fans.  I think that if we can get both of those efforts rolling more robustly that we will be in a really good spot.

We are also going to add more recycling bins and make them more overtly apparent as to what they are. I am in the midst of working with a local recycling bin company to make something that absolutely stands out, is simple for fans to use and is easy for fans to know how they are participating and contributing to recycling efforts.

Waste360: What type of efforts have you done over the years to reduce food waste and general waste?

Brad Mohr: We recently went through a two-year, $130-million renovation of the stadium. We replaced all of the furniture in our 147 suites and donated the old furniture from those suites to the City of Cleveland, the United Service Organizations Inc. and some other businesses in need around the city.

The stadium operations department was really adamant about making sure that all of our furniture got repurposed and reused, and I am really proud to say that 100 percent of it did. We got rid of all of the furniture in about three weeks, which was really gratifying for us.

Waste360: You are speaking at WasteExpo this year. What are you hoping to get out of that experience?