Meet Anthony DiIenno, the dynamic president of Recycling & Waste Solutions, a division of HAVI Global Solutions (HGS). The 54-year-old is the third generation to make his mark in the recycling industry following in the footsteps of his father and grandfather and continuing a legacy that began in 1946.

Interestingly enough, his first experience in organics recycling can be traced to very early in his 30-year career. It was 1987 and his company at the time was contracted to pick up the waste at one of the first microbreweries in Philadelphia. The only problem was that the spent grain coming out of the microbrewery was four times heavier per yard than the typical waste. So the company had to get creative fast.

They sourced a local farmer who would feed the spent grain to his pigs. The farmer was happy. The pigs were happy. The microbrewery was able to get a discount. And DiIenno’s company saved money and kept a lot of waste out of the landfill.

“I’d like to say my entre into organics recycling was because I had an environmental heart at the time, but it was more driven by economic necessity,” says DiIenno, who was the founder and president at Alpha Waste Solutions before it became a business division of HGS in 2012. HGS manages the waste stream and organics of some of the largest supply chains in the world. “That was a lesson learned that stayed with me since then and that is to achieve true sustainability it has to make economic sense and it has to make environmental sense,” he says.

Waste360 caught up with DiIenno this week while he was attending the Southeast Recycling Conference & Trade Show in Destin, Fla. We asked him to share his thoughts on organics recycling, the future of industry and how he spends his time when he’s not helping companies achieve “closed loop” waste, recycling and sustainability solutions. (Spoiler alert: He once baptized 17 babies at one time.)

Waste360: What would you say are the current challenges facing industry when it comes to implementing organics recycling? 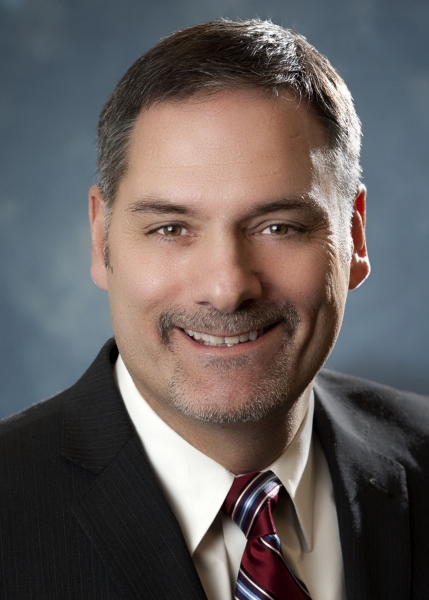 Anthony DiIenno: The challenges are many in implementing organics recycling but I would just probably highlight two main issues that I see and both are complex. The first issue is just the volume of food waste that’s being generated in the municipal solid waste stream—here in the United States and globally. The second issue is to implement a successful organics recycling program you have to understand the analytics and the data behind the complex problem. Then we can take the positive steps to recover food waste and then avoid the negative impact that it’s having on the environment.

(At this point, DiIenno rattled off a number of statistics to illustrate the increasing pressure of a growing global population and how that creates more food waste. In fact, he says experts expect a 44 percent increase in food waste between now and 2025 when the world’s population is expected to be 8 billion. If that food waste is sent to the landfills—as much of it is now—it will generate a tremendous amount of greenhouse gas that will have a crushing impact on the environment)

Waste360: What are some of the best practices for organics recycling that are working well around the country?

Anthony DiIenno: The best practices I see working are those that are collaborative and analytically driven. We think that’s important at HAVI and we take those two pieces and then move into a multi-faceted approach, that’s where we typically find success.

If we could achieve those, we’ll significantly reduce the amount of organics waste going into landfills.

Waste360: Are there legislative changes that you think could remove roadblocks and create incentives for companies to adopt more aggressive organics recycling programs?

Anthony DiIenno: I would say one the best programs I have seen occur is up in the state of Massachusetts because it was so encompassing. They had a legislative change which is really a ban on large generators putting organics in the waste stream. This new law forced 1,700 establishments—restaurants and grocery store chains—to sign up for separate organics collection services.

What that’s done, according to the Massachusetts Department of Environmental Protection (MassDEP), is they have increased their diversion level from what was 100,000 tons of food waste in 2013 to what they estimated will be over 450,000 tons. Those 350,000 tons that are now diverted used to be sent to the landfill creating a tremendous amount of methane gas.

Waste360: When you consider organics recycling as a whole, how would you define future opportunities and what will the most successful programs look like 5, 10 or 15 years from now?

Anthony DiIenno: I believe that will be the biggest change over the next five, 10, 15 years is that viewpoint that this material is in fact valuable and why would we throw it into the landfill.

I think the most successful programs will be those types of programs that no longer see organic waste as waste. They would look at the waste stream as a whole, particularly organics, and see it as a resource

Waste360: When you’re not in the office, how do you like to spend your free time?

Anthony DiIenno: I like to spend as much time as I can with my wife of 32 years, Michele. We have two grown children—Lauren, 31 and Anthony, 30—and one grandchild with another on the way. And we have two boxers, Rudy & Cooper.

I’m also an ordained Catholic Deacon so normally I spend part of every weekend doing some type of ministry work. You may find me on a Saturday performing a wedding ceremony. Sunday morning you might find me preaching in the church. Sunday afternoon you might find me baptizing a baby.

Waste360: Oh wow! Have you kept count of how many people you’ve married or babies you’ve baptized over the years?

Anthony DiIenno: That’s an interesting question. I haven’t…that’s God’s job to keep count. But I was ordained in 1998 so it’s hundreds. The most babies I ever baptized at one time was 17. I presided over hundreds of marriages and, unfortunately, hundreds of funerals.