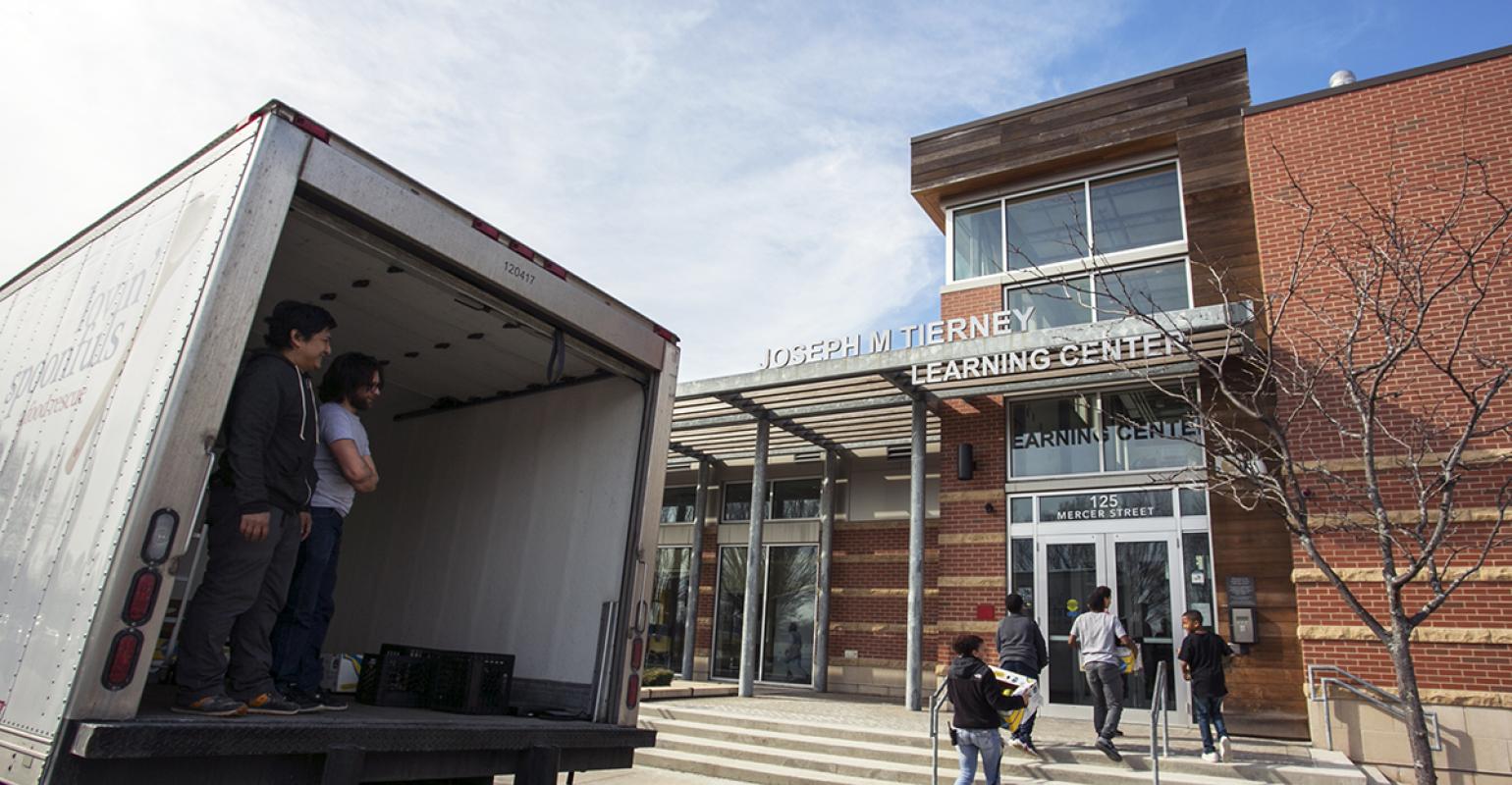 Food rescue models are emerging to address both food waste and hunger problems.

About 52 million tons of food delivered for consumption in the U.S. each year is never eaten and often ends up in landfills, and another 10 million tons of food is wasted before it even leaves the farms. Meanwhile, one in seven Americans is food insecure, according to Rethink Food Waste through Economics and Data (ReFED).

Food rescue models are emerging to address both problems: food waste and hunger. They match generators of surplus food with organizations serving needy people, and those making most headway are targeting dense cities where they can have the greatest impact. Scaling food rescue efforts involves building strong networks, fast work and ironing out plenty of logistical details.

412 Food Rescue in Pittsburgh coordinates recovery of surplus food from retailers and redirects that surplus to nonprofits and agencies that work with underserved people.

The program, operating since 2015 in Pittsburgh, enlists 4,000 volunteer drivers and partners with 500 food retailers as well as about 600 nonprofits that receive and distribute the food. It has recovered more than 4 million pounds of food to date.

The Pittsburgh model just launched in Philadelphia and will launch in Cleveland and San Francisco later this year in partnership with nonprofits in those cities. The goal is to serve 20 cities by 2020 at the same scale as in Pittsburgh, says Leah Lizarondo, CEO of 412 Food Rescue.

“And by scale, I mean creating measurable impact on food insecurity in your region. It’s really understanding aspects of food insecurity and measuring how you change that,” she says.

Donors’ surplus is entered into an online platform and matched with nonprofits. Then, volunteer drivers receive a push notification and choose from opportunities for rescue that are nearest to them, or otherwise work for them.

The technology that facilitates the matches is important. But how the food is distributed is just as big in order to ensure the food gets to the right places—fast.

It has involved thinking out of the box. For instance, partnering with housing authorities, after-school programs, senior centers and other operations that reach underserved populations daily.

Developing best practices has involved understanding the donor’s environment, too.

For instance, “With retailers, it’s a fast-moving business, and the knowledge transfer around food rescue must happen constantly and integrate seamlessly with their operations,” says Lizarondo.

Eastern Massachusetts-based Lovin' Spoonfuls mobilizes a fleet of refrigerated vehicles to deliver food to 150 nonprofits a day. Having geographically focused routes has enabled the rescue operation to build both route efficiency and relationships. 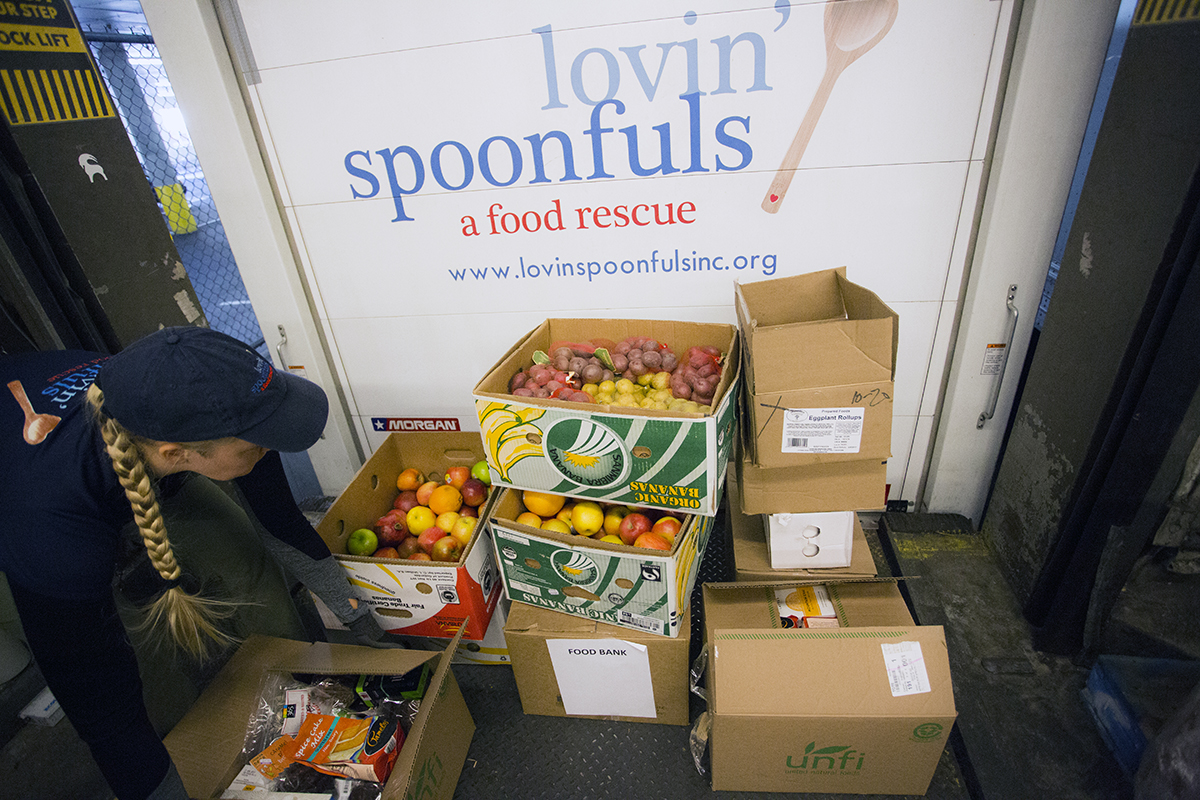 “We see the same vendors and same beneficiary agencies week in and out,” says Lauren Palumbo, COO of Lovin' Spoonfuls.

“We have a lengthy waiting list of agencies we would like to serve, but we are at capacity,” adds Palumbo.

The organization, which started with one truck and one driver, uses only paid people. Nearly two-thirds of its budget goes to keeping trucks on the road, with $115,000 a year spent on each truck for leasing cost, fuel, insurance and drivers’ salaries.

UpLift Solutions is a national nonprofit that works with local governments and the supermarket industry to create food access points around the country, which could be grocers, farmers’ markets or pantries. Its newest project is Philly Food Rescue, a replication of the 412 Food Rescue model connecting supermarkets with donors.

Another aspect of UpLift Solutions’ business is helping turn around troubled supermarkets.

“We already have a relationship we can leverage to do this other work, integrating food recovery into our clients’ operations and bringing them in as donors,” says Atif Bostic, executive director of UpLift Solutions.

Philly Food Rescue went live in August, picking up food from 13 donors and delivering to more than 20 charities.

“By the end of this year, we want to double the number of recipients and donors,” says Bostic, who believes more grocers will see the value in this work and come on board.

“Grocers get a tax credit for donation and reduce their waste and disposal costs. Then, there’s the public relations aspect. Nonprofits become like their advocates, letting the community know why they should shop there,” he says.