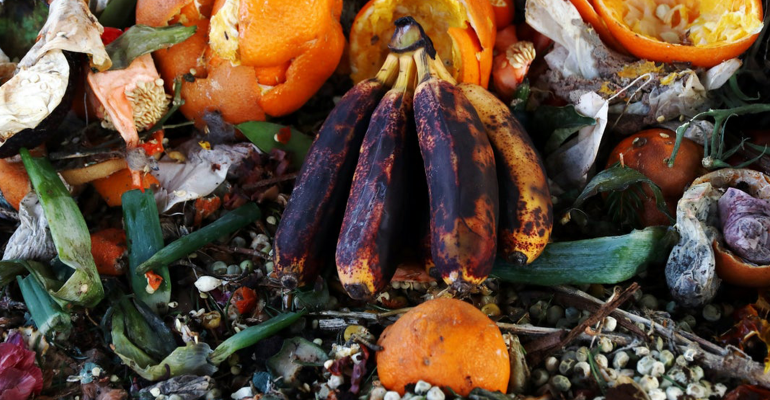 Dozens of politicians, nonprofit, and for-profit organizations gathered at the U.S. Capitol in mid-July to rally for the Food Donation Improvement Act, developed to extend liability protections to edible food donors to increase food donations, decrease food insecurity, and reduce waste. The proposed law also aims to provide more clarity to, and amend, legislation that preceded it: The Bill Emerson Good Samaritan Act.

Dozens of politicians, nonprofit, and for-profit organizations gathered at the U.S. Capitol in mid-July to rally for the Food Donation Improvement Act, developed to extend liability protections to edible food donors to increase food donations, decrease food insecurity, and reduce waste. The proposed law also aims to provide more clarity to, and amend, legislation that preceded it: The Bill Emerson Good Samaritan Act.

Kass (TROVE) and Thompson (Bowery Farming) discussed how urban agriculture is key to the future as it relates to promoting good nutrition and making change in communities.

Thompson elaborated on Bowery’s partnerships with organizations to address food insecurity and access to food and he spoke of trends.

Numbers indicating how many people are food insecure are “massively understated,” he said. Even in areas not considered to be food deserts, food’s nutritional value is often lacking.

“So, we think there’s a tremendous opportunity to partner with local communities to provide nutritious food,” which is something Bowery has done for some time. In 2021 alone the large farming operation gave away 100,000 pounds of fruits and vegetables in the Mid-Atlantic region.

Kass discussed progress during the Obama administration on addressing food and nutrition issues. He helped advance a White House initiative that worked with retailers to encourage them to re-establish businesses in communities with limited to no access to healthy food.

“We realized there is unmet need and unmet opportunity, and a huge part of the problem is big box stores [that have one standard model] in all of their locations. But these are diverse communities with many ethnic groups, and if you don’t know the community you can’t serve the community,” he said.

Thompson explained vertical farming and how it approaches issues around food insecurity, environmental challenges, pain points in the current supply chain, and challenges of traditional agriculture.

“All these challenges have caught up with us. And we are trying to create an environment where we are growing healthy, fresh food but using less of the world’s resources. Less water, less land, and where we use renewable energy,” he said.

But these advancements in agriculture are incremental and will continue to be with traditional methods he projected, commenting the way to change that curve is by leveraging technology.

Technological advances have allowed for facilities to produce, in some cases, the equivalent of 100 acres of food annually on less than one acre of land.

“People are finding worth in urban agriculture. I think you are seeing money flowing into these systems at extremely high levels,” Kass said. Climate change has been one driver, leading to investment in these heavily populated spaces in operations such as indoor and covered greenhouse-like systems.

Kass went on to say, “As we enter an era of volatility, diversity is the only strategy that is going to allow us to withstand the shocks that we are going to face. And diversity of people and of culture is critical to bring products and technologies and different models that are going to meet the needs of everybody.”

Figuring out how to direct dollars whereby the private sector will invest in sustainable regenerative agriculture will be important for the future, Thompson said.

Conversations around the food system focus on environmental issues such as emissions, and how resource-intensive food production is, as well as on social and health issues around poor nutrition.

“So, there’s a lot of work to do to mitigate the effects of the system and create much better outcomes.”

But, he said, there is potential for the agricultural system to actually have “a massive powerful effect on some of the challenges we face [such as through carbon sequestration in soil].”

Sima Sistani CEO (WeightWatchers) told the story of a WeightWatchers member who was frustrated with the lack of clarity in the Bill Emerson Good Samaritan Food Donation Act around liability protections provided to edible food donors.

The organization had heard from others who had been trying to get the act amended.

“But they needed companies to make some noise. So here we are, making noise,” Sistani said, commenting that the organization is founded on the belief that communities should be built around healthy habits, including good nutrition.

“An estimated 50 million people experience food insecurity. This is maddening when you think about how 35 percent of food in the U.S. is going to waste. … we’re here today because [in addition to government] the private sector also has a role in improving America’s food system.

We’ve built a coalition of over 60 cross sector partners dedicated to fighting food waste and insecurity through the Food Donation Improvement Act.  We got support from over 41,000 citizens through a Change.org petition. We’ve brought together congressmembers from across the aisle, food rescue groups from across the country, and companies across industries to create a better food system. This is the power of community.”

Congressman Jim McGovern is confident the bill will make headway, and fairly soon, largely because of near universal support.

“I’m thrilled it has bipartisan support, and I believe we will get it done this year, whether we attach it to a bill like the Child Nutrition Reauthorization Act or whether we have to bring it in separately.  I just want to get it over the finish line before the end of the year. We will find a way to get this over to the Senate.”

McGovern also discussed some provisions and supports that were instituted during the pandemic to address the dramatic rise in food insecurity and said keeping some of them in place will be important, such as free meals for kids in school and during the summer break, and programs to address challenges many seniors are facing.

Jada Hoerr (Midwest Food Bank) also broached the spike in demand for food during the pandemic but said because of resources, such as stimulus funds and U.S. Department of Agriculture (USDA) programs, the organization, which serves 2,100 nonprofits that feed the hungry, saw a leveling out through 2020 and 2021 but in  2022 is seeing the same spike in food insecurity.

“It’s an everchanging environment for us to receive donated food, and we want nothing to stand in the way of us being able to receive that food,” she said.

Reverend Eugene Cho (Bread for the World) shared an observation: “Sometimes when we do this work, day in and out in the policy-wonky world, we can indirectly detach the work we are doing with the reality of real lived experiences …”

He believes faith voices are important, as religious leaders understand the daily stories of women, men, children, and families.

“So, as we go about this advocacy work, we’re not just advocating for a particular bill. We’re really speaking on behalf, alongside  … we’re amplifying the stories of so many people.”

One big issue is schools with extra food at the end of the day were calling her team to say they were aware of families who are food insecure but to be protected under the Emerson Act staff needed to send food to food banks outside of their communities and send families there or else send pantries to pick up the food.

They wanted to know if they could be protected if they distributed the food directly. Restaurant chefs were also left with extra, edible food at the end of the night. They called local foodbanks that were not open later hours or that couldn’t take the food and, like the schools, were not protected from liability unless they gave it to nonprofits.

“These examples build a basis for this [new proposed] bill. It does does three main things,” Broad Leib said.

It would require the USDA to put out regulations explaining the Emerson Act.

“This is great because it will take away some of our job, which is answering businesses’ questions about if they are protected [in given situations.]”

The Food Donation Improvement Act would provide protection to food businesses and farmers who donate directly to people in need.

And the law would not only allow protection if food is given away free, but also if it were sold at very low cost.

Explaining the benefits of the last of the three provisions in particular Broad Leib noted, “Cost of food rescue is very high, so it allows [companies and organizations] to try out new models.”

Among organizations who spoke of their innovative models is Misfits Market, a for-profit, affordable online grocery store that captures and redirects food that might not otherwise end up on grocery store shelves.

Misfits partners directly with food producers, delivering in every zip code in 48 states. The company has rescued over 230 million pounds of food and donated over one billion pounds.

Tom Colicchio discussed what resonates for him as a businessperson, chef, and food system policy advocate.

“As chefs we are trained never to waste food. When we waste food it’s money out the door. But we are de-valuing not just the food but the farmers and people who are responsible for feeding us. We have to start honoring people who are growing food and creating products,” he said.

Brett Swanson (Grubhub) added his thoughts on how companies and nonprofits can work together. The company has an app whereby people can order from restaurants online.

“I think the cross collaboration and public-private partnerships we can incorporate is huge.” One area where his organization has focused is on getting food donations transported, a common challenge.

“How can we crack that nut? And that’s what we are trying to solve for.”

Grubhub hears from restaurants around the country who want to donate.

“So, to help we are partnering with rescue organizations, but it’s also being innovative. How do we stimulate our local restaurants and economies … we really need to be as collaborative and innovative as possible,” he said.

Nierenberg (Food Tank) shared a statement from the daughter of the late Bill Emerson, a Republican Missouri congressman credited for passing the Emerson Food Donation Act – the first federal law to take a hard look at food donation, food waste, and food insecurity.

Said daughter Katharine: “I am so grateful for the continued support for the antihunger acts inspired by my father and his work in Congress. There is plenty of food in the world. We just need the will and the means to get it to everyone.”