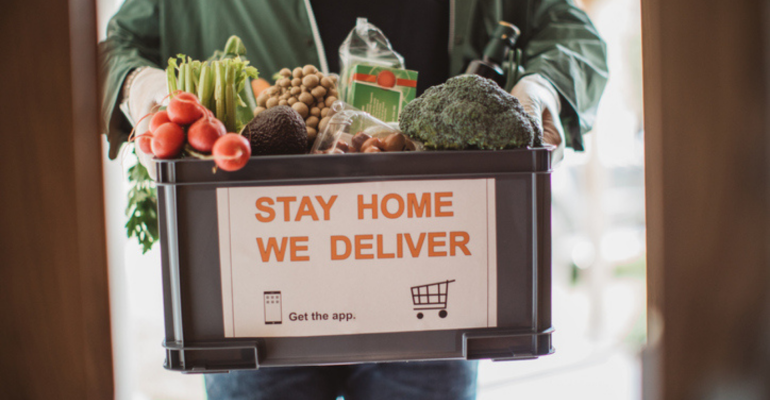 Do Good Foods branch company Do Good Chicken is working to eliminate as much food waste as possible. The company recently released a figure pointing to high success rates, saying it has been responsible for diverting 10 million pounds of food waste.

Do Good Chicken™, the first chicken brand that fights food waste and combats climate change, reports it has diverted more than 10 million pounds of healthy surplus grocery food from landfills, after community donations are made, to upcycle into nutritious chicken feed. The milestone comes just six months since Do Good Chicken's spring 2022 retail launch and equates to saving surplus grocery food weighing approximately three times the weight of the Statue of Liberty, preventing an estimated 950 metric tons of greenhouse gases (CO2e) from entering the atmosphere.

In advance of the International Day of Awareness of Food Loss and Waste (Sept. 29), a day designated by the United Nations General Assembly to bring awareness to the global problem of food waste's impacts on climate change, the climate-forward brand recently commissioned consumer research1 that found that Americans want to be more climate-friendly and nearly half are more concerned about food waste than they were a year ago. However, lack of resources and not knowing where to begin were barriers noted by 69% of respondents.

Bringing better solutions to climate-concerned consumers, Do Good Chicken is the first national chicken brand that upcycles healthy food surplus that would otherwise go to landfills. While upcycling is still relatively unknown to consumers, 71% of respondents said they are likely to purchase upcycled foods once they learn about the process and its benefits.

"We believe upcycling is the food system of the future, and we launched Do Good Chicken to be a part of the solution to grocery store food waste and make a positive impact on the planet, right now," said Justin Kamine, co-founder and co-CEO of Do Good Foods™, parent company of Do Good Chicken.

Currently, grocery stores, restaurants and food service companies account for 40% of U.S. food waste2 and wasted food from the retail sector is valued at about twice the amount of profit from food sales.3

Do Good Chicken employs a closed-loop system, working with grocers to upcycle their surplus food (after community donations) into nutritious animal feed. The elegantly simple yet highly impactful system presents a win, win, win – grocers waste less, the chickens get a nutritious input to their diet and consumers can be a part of the solution just by doing what they would normally do – eating delicious chicken!

"What is so revolutionary is that each Do Good Chicken saves four pounds of surplus grocery food thus reducing three pounds of greenhouse gases so it is an easy and immediate solution to help consumers tackle the dual environmental concerns of food waste and climate change just by doing what they do normally – eating chicken, the most consumed protein in the U.S. If just one in five chickens sold was a Do Good Chicken, we could solve grocery store food waste in five years," Kamine continued.

The Do Good Chicken survey also found that 85% of Americans would be more likely to buy from a grocery store working to reduce its food waste. Since launching in April, Do Good Chicken has rapidly grown distribution and is now available throughout major grocery chains from the Northeast to Mid-Atlantic as well as major markets like Dallas and Denver in over 550 stores.

Food waste is a significant contributor to climate change – in fact, if food waste were its own country, it would be the third largest emitter of greenhouse gases in the world, behind the U.S. and China4. Each Do Good Chicken saves approximately four pounds of surplus food from being thrown away, preventing the release of approximately three pounds of greenhouse gases (CO2e).

"The good news is that people want to help find solutions to the climate crisis we are facing and are motivated to act. Personal actions to reduce food waste like composting, mindful food planning and eating leftovers are all excellent behaviors consumers can be taking, but fighting food waste shouldn't have to fall solely on their shoulders," continued Kamine. "We started this brand to evolve the current food system – from food production to retailers – to start implementing solutions into products before they even get to a family's home."

Do Good Chicken proudly displays its climate impact with the industry's first verified5 USDA approved carbon-reduced equation on its packaging, helping consumers make informed decisions about the impact of their everyday purchases. Fed a diet that includes nutritious surplus grocery food, all Do Good Chicken is U.S. farm-raised, cage-free and 100% All-Natural, raised without artificial ingredients, antibiotics, hormones or steroids ever.

Join the Mission, Do Some Good

About Do Good Foods

Do Good Foods™ is a revolutionary climate-forward company. Its carbon-reduced food products give consumers a delicious way to fight food waste and combat climate change from their kitchen. Founded by the Kamine family, Do Good Foods has created a closed-loop system with state-of-the-art infrastructure designed to upcycle surplus grocery food (after community donations occur) into nutritious animal feed. Do Good Foods' first product, Do Good Chicken™, is raised using this healthy feed and can be purchased locally giving consumers an opportunity to make an immediate environmental impact and Do Good...for Plate & Planet.™