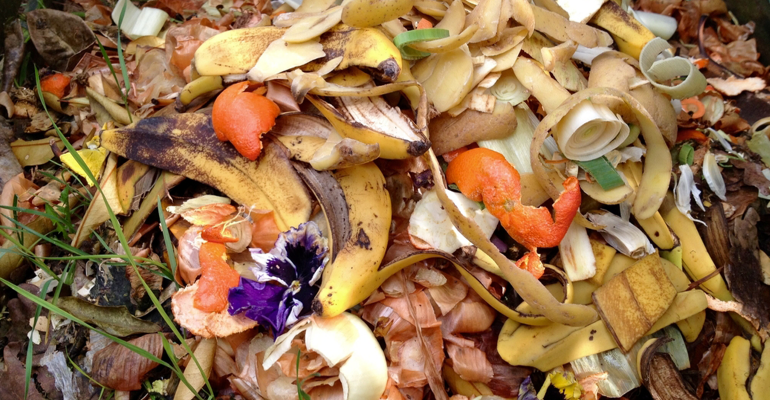 On average, nearly 40 million Americans experience hunger and 40% of food is thrown away.

Panelists at the Food Recovery Forum's session, "Designing Solutions to Fight Food Waste and Hunger During COVID and Beyond" discussed what it will take to begin taking items destined for the landfill and feed those who face food insecurity. The global COVID-19 pandemic has exacerbated the issue.

“In the wake of the pandemic, this devastation has been wrought and figures have been skyrocketing,” Alexandra Coari, moderator and Capital and Innovation Director at ReFED told the audience. “The growing number of people swelling the unemployment rolls combined with the closure of other restaurants and food businesses as well as a drying up of traditional donation availability and distribution capabilities have resulted in a massive spike in the need for greater food access and food security.”

The panel, comprised of the following food recovery organization representatives, spoke about ongoing challenges and the need to accelerate measures now more than ever:

Coari first asked, “What hypothesis did you come into the accelerator with in terms of how you were going to ideally to make your organizations and its work even more sustainable and impactful in the long term?”

Brighter Bites came in with a strategy to “drive demand for fresh produce at the retail level,” Boone said.

This entailed acting as a “strategic marketing partner” to expose families to certain varieties of apples, for instance, and pairing it with nutrition education. Results were tracked so donors could use the data to determine consumption of that specific item.

“It was an earned revenue model that we were excited about continuing, but obviously things have shifted,” Boone said.

Once COVID hit and schools closed, Brighter Bites lost their distribution centers. Social distancing also was an issue for workers who stood shoulder to shoulder to pack bags and give out produce.

“With shifting out operating model, we pretty quickly had to shift what our hypothesis was with our earned revenue model,” Boone explained. “It was really tied with our consistent expose to families and our consistent ability to offer nutrition education and track results long-term.”

While Bright Bites has “put a pause” on the current vision for an earned revenue model, Boone said there are more important things on which to focus. The organization now is focusing on vouchers given to families in need to use at specified retailers for produce.

In order to properly operate, there’s an absolute need for technology, especially in the non-profit sector, Marchini told attendees.

“We’re especially seeing that right now as the most vulnerable populations: elderly, those who are immunocompromised, really can’t congregate to go get food,” she explained. “Public transportation, especially in the Bay Area, has been significantly cut and it’s much tougher to access sources of charitable food. We’re seeing now, more than ever, there’s a need to deliver food directly to people’s homes.”

With COVID, one of Replate’s main challenges was shifting to new food sources. The organization mainly worked with prepared foods, which “dried up.” Small recipient, volunteer-run agencies were shutting down and leaving those in need without a resource.

Marchini said Replate began to move from a B2B model to a direct-to-consumer model. The organization used its connections with catering companies and businesses such as Beyond Meat to make meals. One small scale logistics were figured out, Replate began thinking broadly, looking at other programs and subcontracting with other organizations.

“The biggest thing is where is that surplus and how can we one, make sure people are still fed because that’s a huge part of our mission, and two – how do we make sure that surplus isn’t going to waste?” she said.

Moran confirmed Marchini’s statement about the need for technology in the non-profit sector, saying, “there’s some systemic problems in food pantries around discovery, communications and data collection.”

Current solutions are “top-down driven,” with food banks providing platforms to food banks. This is an issue because it didn’t provide any solutions to the pantry and doesn’t serve the end client in getting food.

“The tools out there were done in a manner where it wasn’t automated,” Moran explained. “Dozens of volunteers were calling food pantries about operating hours or trying to scrape them from web and various places and they didn’t accurately reflect operating hours. We found the solution at Plentiful in that we built a lightweight CRM tool for pantries that does reservation management and is built around the pantry’s needs with a robust data model on the backend to help collect data for the food pantries and food banks that distribute this food.”

The software revolves around the food banking client and allows them to make reservations. It comes in nine different languages, bridging barriers between pantries and those in need. The goal of developing and implementing this, Moran said, was to provide an affordable solution that serves all stakeholders.

“Existing tools are very expensive and they’re primarily focused on the relationship between the food bank and food pantry, and it’s a lot of work for the food pantry that they don’t always want to do,” he said. “We built features specifically around what they need and what their clients need. That was the hypothesis: to do this with individual pantries and to do it affordably and simply.”

DevOps has had to face a variety of challenges since the pandemic hit, the biggest one being the loss of more than half of their pantries seemingly overnight. Many of the remaining organizations still have not opened.

“Shortly after that, we began seeing levels of user activity on the system that we didn’t predict until we had five times as pantries on board as we had which has cost implications with that but meant that we had to scale a lot of systems up,” Moran said.”

Rather than a gradual program scaling over weeks or months, it had to be done over days. DevOps saw 200 to 300 percent spikes of new users registering to search for food. A survey revealed that 90 percent of those new users had not utilized a food pantry in the last six months.

“It’s got technological challenges, on-the-ground challenges of how do you run a reservation-based service…communicating with clients especially in very diverse areas like Queens that are being hit hard by this pandemic and really trying to implement social distancing protocols and getting the messages out in all languages,” he said.

Don’t miss any other fantastic sessions happening this week at WasteExpo Together Online. It’s not too late to register! https://www.wasteexpo.com.