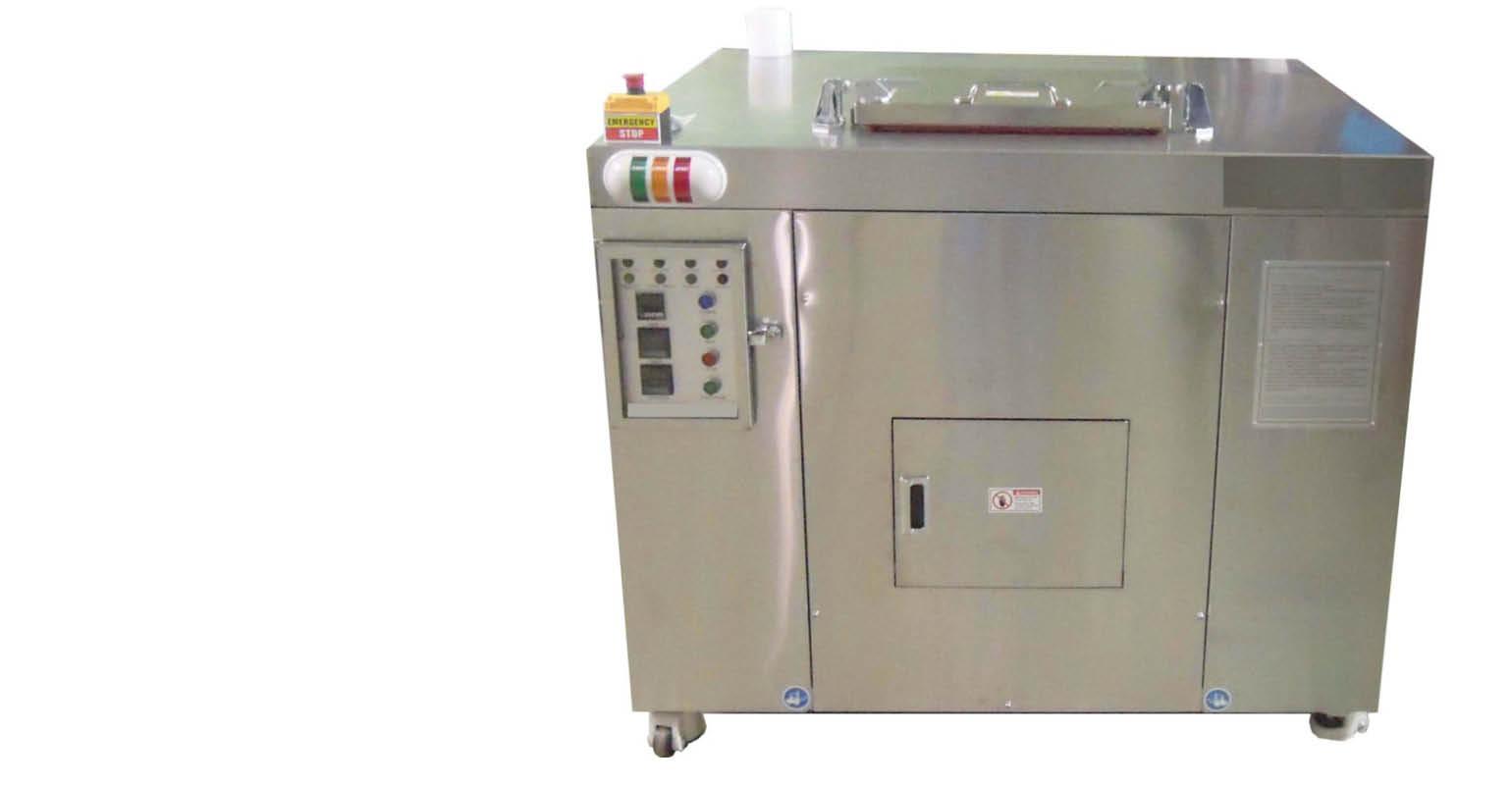 Dehydrators: The Next Generation of Food Waste Machines

To remediate the issue of food waste, the next generation of machines utilizes high heat recirculation to "dehydrate" the waste food, reducing the volume and weight by up to 90 percent.

The dehydrators are created by Hungry Giant Recycling Inc., which was founded by Chris O’Brien in Sydney, Australia, in 2008. By purchasing a few dehydrator systems manufactured in Korea and then re-designing and developing them, the current dehydrator system from Hungry Giant is marketed throughout the world today with proprietary technology improvements.

These machines utilize programmable logic controllers that measure the amount of moisture as it is being evaporated during the process to power down the machine as compared to machines that operate on timers only.

“Unlike some dehydrators that are timer controlled, the Hungry Giant system measures the moisture content and automatically puts the system into a 20-minute cool down mode when the moisture reaches 10 to 12 percent and illuminates a discharge LED signaling the user to empty the machine safely,” says Burkett. “The systems are cool to the touch during operation and emit no odor when properly installed to a sealed drain line or filtered at the discharge pipe.”

Establishing a U.S. office in Roseville, Calif., Hungry Giant decided to market its dehydrators through Champion Industries based in Winston Salem, N.C.

“We have a three-year relationship with Champion as a private label distributor and do all we can to assist them in the sale of our dehydrators,” says Burkett.

Hungry Giant’s dehydrators have oil blankets that heat food waste to 175 to 183 degrees Fahrenheit, which kills bacteria and pathogens without using fresh water and reduces the weight and volume by 85 to 93 percent within a period of 12 to 22 hours.

“Our goal is to offer the best food waste recycling technology systems to our clients without compromising quality,” says Burkett.

The remaining 7 to 15 percent of sterile biomass is discharged and can be used as a soil additive or biofuel. The waste food water is removed in the form of steam and converted through a condenser on the back of the machine to sterile condensate and discharged to the sewer drain without any measurable amounts of BOD, TSS or FOG.

“[The] onsite source reduction reduces waste hauling costs and enables food operators to meet their diversion or sustainability goals,” says Burkett. “Long-term rental or lease programs are available, locking in costs for a minimum of five years or more. Customers can opt to purchase as well.”

Napa, Calif.-based chef and La Toque Restaurant Owner Ken Frank has used the system for about a year to dehydrate food scraps that are then compostable.

“Later this spring, we will finally complete our new kitchen garden right across the street and will be able to compost the material onsite for use in our own garden,” says Frank. “It appeared to have solved some previous reliability issues, and they agreed to back that up. Plus, it is compact and odorless.”

Burkett says the unit that Frank purchased was the first of a new design.

“We (had) some bugs when they first started, but we fixed those issues and they are now a happy camper,” says Burkett.

“It improves our green profile, and it has helped produce a change in our culture where everyone now pays more attention to the impacts of everything that we do,” says Frank.

But it was challenging to get everyone on board with carefully sorting the food waste.

“If only one link fails, the waste is less desirable. So everyone—prep cooks, dishwashers, line cooks and servers—has to make sure they execute their steps properly,” says Frank. “It’s easy to put waste in the closest bin and not pay attention to where it should really go. But over time, we engineered good habits. I am certain this is the way of the future. We simply have to become smarter about reusing all of our resources more wisely, even trash.”