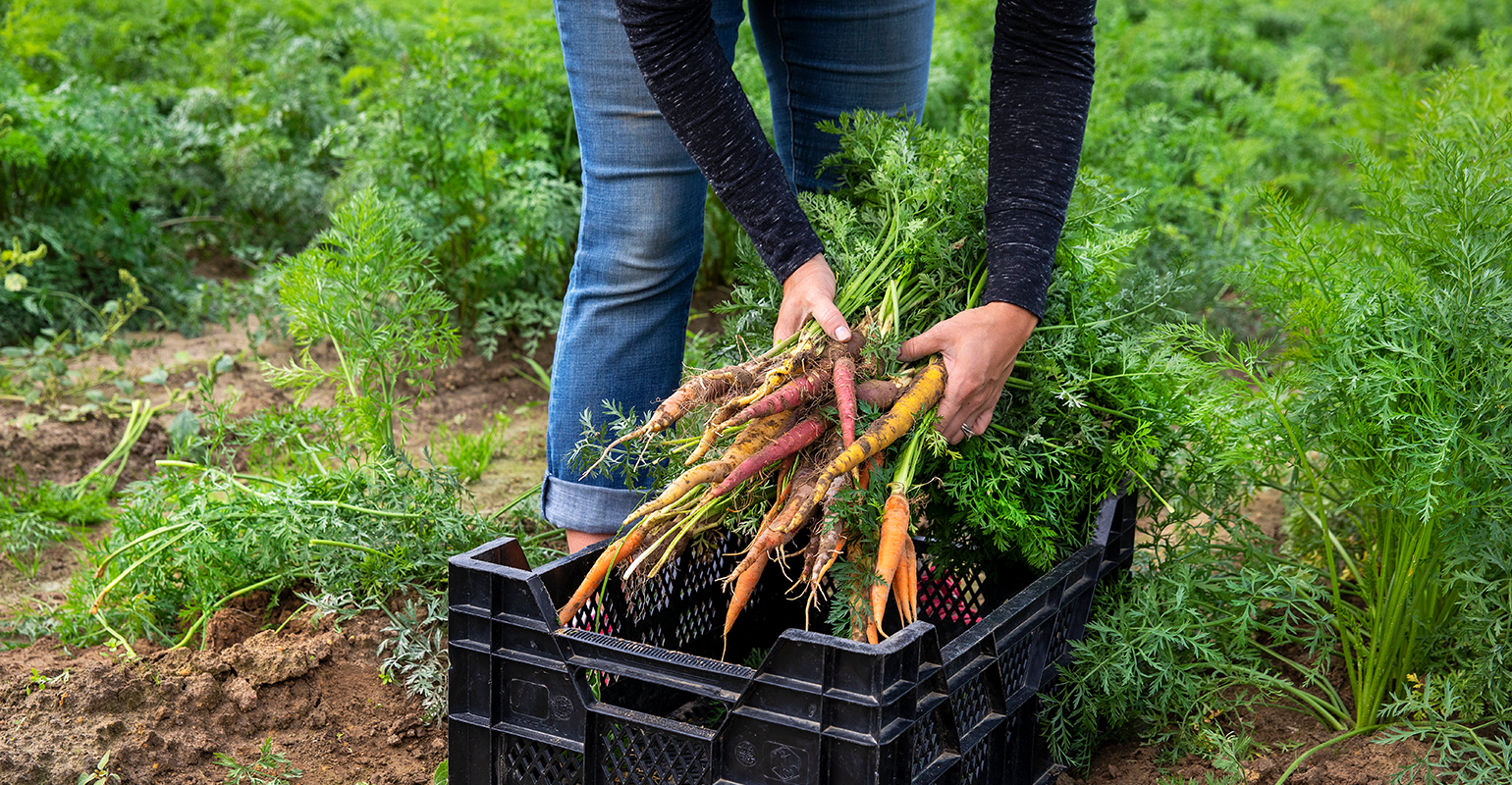 Cleveland, Ohio is a quintessential Rust Belt city known for its blue-collar base.

The pandemic has hit the city particularly hard. Residents wait in long lines at local farmer’s markets, using assistance for fresh vegetables and produce. Restaurants and retailers are shuttering their doors for good on a daily basis. Thousands file for unemployment, waiting eagerly for a bump to their bank accounts – the state of Ohio’s unemployment numbers doubled following the economic shutdown. 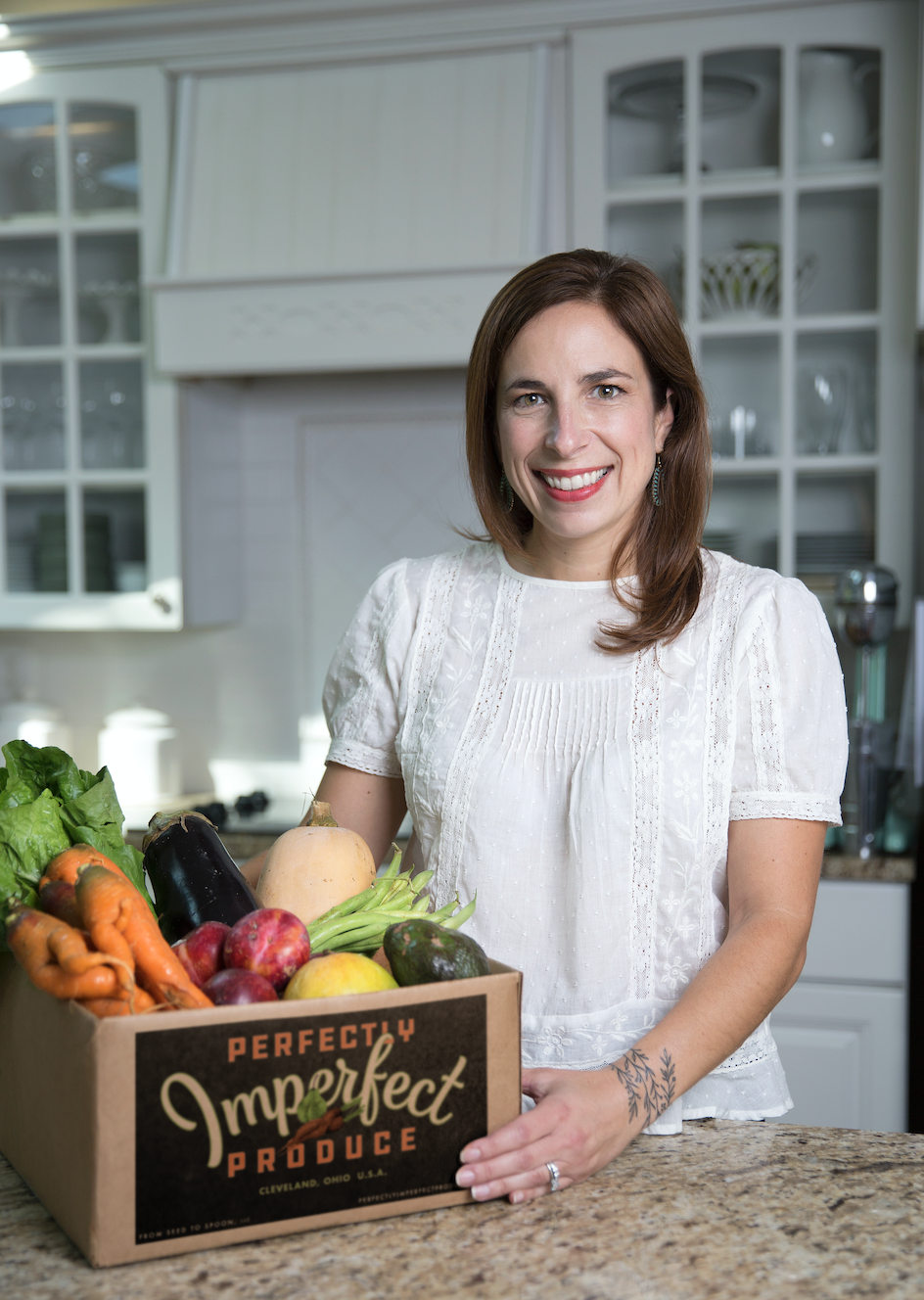 The Center for Community Solutions recently analyzed Census data and found that Cleveland ranks as the poorest big city in the nation, with 30.8% of adults living below the poverty line. While this dataset was collected before the COVID-19 outbreak, the nonprofit reported the city overtook Detroit as the most impoverished in the United States. Revised data considering current economic conditions has not been released.

Despite their ongoing struggles, Cleveland’s residents and businesses remain resilient, stoically riding an economic and political rollercoaster while finding new ways to persevere.

Ashley Weingart, founder of Perfectly Imperfect Produce, is a Cleveland entrepreneur who is fighting both food waste and insecurity.

Following a career in advertising, Weingart went to work for her husband’s family company: a produce wholesaler. As soon as she began working at the Cleveland Produce Terminal, Weingart would see an array of fruits and vegetables enter and leave the doors at a rapid rate. She began to notice is how much of it was wasted, and this led her to launch Perfectly Imperfect Produce in 2016.

Weingart and Waste360 recently discussed what it takes to build a business in the middle of a food desert, operate during a global health crisis and bring fresh produce to thousands of Cleveland residents who experience food insecurity.

Waste360: Tell us about your background and how it led to Perfectly Imperfect Produce.

Weingart: My husband's family has been in the produce industry for 117 years, and I went to work for them, after I had my kids. I just really learned a lot more about food waste, and witnessed first-hand items being rejected from their wholesale business.

They were a wholesaler that was located at the Cleveland Produce Terminal that would bring in produce for the restaurant business, as well as, grocery stores, schools – anybody who needed produce in bulk. They bring that in from around the country to sell here locally, and Ohio and the Great Lakes region. And a lot of times things would be rejected, because it didn't maybe look as perfect as some of their customers wanted it to, or maybe it needed sorting. I began to learn a lot about that and asked a lot of questions about what would happen with a product after somebody rejected it. And the truth of matter is that it would typically end up getting pitched. They try to donate as much as possible, but sometimes once things sit, you know, waiting to be purchased, it can be too late for even for donating it.

We'd get to visit farms that we would buy from all over the country, in California specifically. We would see fields go unharvested, maybe because the cauliflower was a little yellow rather than bright white, because the sun got it too much. Or perhaps the lettuce would go on harvested because it didn't fit perfectly. Then we would come back here to Cleveland and see the need for fresh food right in our backyard or wholesale business was essentially located in a food desert. And so, there's little access to fresh, healthy food for folks who live there. This was never going to be a business, it was really just a program to help find a home for more of this food that's waste and get it into the hands of people who needed it. The quick solution really was just to try boxing up some of these items and make it available for sale online and allow people to either come pick it up from us or have it delivered to their home. It quickly took on its own life.

Waste360: How much produce is currently being distributed each week?

Weingart: Things have changed a lot with COVID. Prior to COVID, in March, we were delivering about 500 boxes a week. At the height of COVID in May, that jumped up to about 2500 boxes per week, which ends up being you know, approximately 50,000 pounds per week of food.

Right now, things have kind of dipped back down a little bit. I think people have figured out that they don't need to panic buy –  that there's plenty of fresh food for folks, and they don't need four boxes from us. But I would say on average, we're bringing in about 20,000 pounds per week. Since our creation, we've rescued over 2 million pounds of produce. Every week, we also donate fresh fruits and vegetables, to local food pantries, and that was a huge part of our mission. We estimate that to date since our creation that we've donated over 300,000 pounds of food to local families in need.

Waste360: What challenges have you faced?

Weingart: Some of the initial challenge, once we started growing so fast was really ensuring that I was able to handle this as a business and learning the ins and outs of how to manage all of that. In 2017, our family's wholesale business closed after 117 years. That was one of the largest challenges we faced early on… sort of deciding what to do next in that situation. I had so much support from people in the community, who saw the benefit that this was having for our local farms and also for families – just getting healthy food into their hands.

Since COVID, our business multiplied in March, April and May. That was a huge challenge to figure out, making sure we were bringing in enough product and staying true to our mission, ensuring that we could pack that many boxes on a weekly basis. We really had to adjust our schedule for packing. And then had to figure out also how to deliver to that many more homes, to the right doorstep. I would say we figured it out pretty quickly. It was a lot of long days…when people were home, and quarantine, and we were here doing 14 hour days….but we figured out how to do it. That gave us the confidence to see what we're capable of going forward. And we're really excited about all the things that have happened since then. We've actually launched some new products since the beginning of COVID. We've launched some new locations that we deliver to, and we now offer a pickup option where people can come here to our warehouse, which also enables people to swipe their EBT snap card for food stamps. For us, I think that we have really found the silver lining and COVID. And we felt really glad that we could be here to help people get fresh food and a time when they didn't feel comfortable going out to the store especially.

Waste360: More than 50 percent of low-income homes in Cleveland have no broadband access. Have you seen any challenges with kind of reaching out to individuals that might need your services, but don't necessarily have access to find them?

Weingart: We do a lot in the community. We do some outreach at local hospital systems here with our partner at Metro Health, and we will sometimes go there to do some mobile markets. Folks can always call us and place their orders as well. If they don't have internet access, they're able to do that. In fact, if those who need to utilize EBT and snap cards, that's actually what we suggest most. I think through our donations we're also reaching folks who otherwise would not have heard about us, and then they're reaching out to us to place orders on their own as well.

Waste360: Where do you see the produce industry in the future in terms of reducing food waste and combating food insecurity?

Weingart:  I think that the produce industry has come a long way, since we began even – this topic of discussion of food waste. Back in 2016, when I first created this idea, it didn't have the amount of awareness that it has now. We were sort of creating a new category that was unfamiliar to people. The fact that you're interviewing me about it now, I think there's just so much more discussion about food waste. And I think that the produce industry recognizes that it is an issue and is more aware of different possible outlets for how they can utilize produce like this.

They have folks like us to sell those imperfect items or their surplus crops to. The fact is that these folks are wanting to be part of this discussion, because at the end of the day, it affects everyone's bottom line. And sometimes we'll get comments from customers when they see it, or folks in the community when they see one of our ads saying, well, shouldn't all of this produce just be donated? And I think what they're not understanding is that, yes, everybody would love to donate it, but farming is also an industry where they have to cover their costs. So, our model, I think, is one that is sustainable for the long term as a food system that allows for us to be paying the farmer a fair price for all of their crops, no matter, if it's imperfect, or perfect, or whether its surplus, rather than them having to simply leave it in the field, because it's too expensive for them to harvest it. They will see the return on their investment. I think that at the end of the day, the farming industry and the produce industry, wants to see a solution to this problem, just as we do so that they can poise themselves for success.

During COVID, we had a lot of folks who we hadn't heard from before, different suppliers in the region, who normally would be supplying food service cut, companies who would be supplying restaurants who had so much produce. They didn't know what to do with it because suddenly restaurants were closed down. I think that they all see the value partnership with them and what we can do for them.