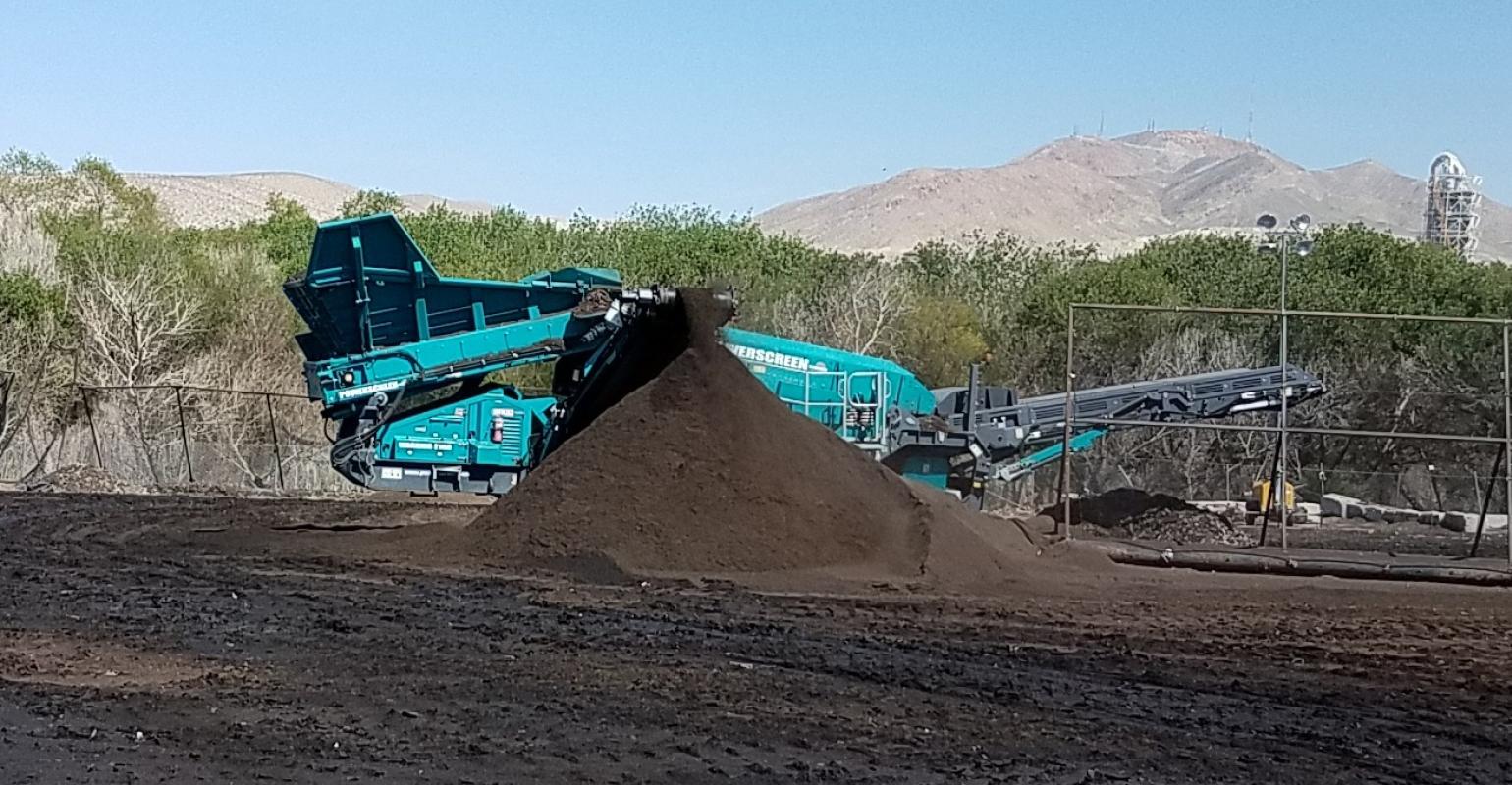 Athens is among those now doing more than collecting and dumping food waste.

Some trash companies’ roles are changing as amassing food waste continues to be a front-and-center garbage issue. Athens, headquartered in the city of Industry, Calif., is among those now doing more than collecting and dumping food waste, and the refuse company has its work cut out for it, located in a state imposing especially rigorous laws.

The company has its own compost facility, with plans for expansion. It partners with food donation organizations to see that edible food that would otherwise go to waste is given to people in need—even paying to help run their programs. And Athens is a key player in a zero waste initiative at Los Angeles Coliseum.

There are roughly 177 permitted compost operations in California, but only 30 of them handle food waste, some of which only take pre-consumer organics, says Robert Phillips, director of organic sales and marketing for Athens.

“We accept both pre-consumer and post-consumer waste at our Victorville facility. We will take in as much as we can compost, though we are not near our intake capacity [permit allows 700 tons per day of organics],” he says.

The company has had to get savvy to manage a multistep sort process to first separate recyclables, remove waste and then further sort to separate fines. The operation entails maintaining a specific moisture level, closely monitoring temperatures and adjusting carbon or nitrogen, as well as a process to further reduce pathogens.

“This will better control oxygen levels to accelerate decomposition, cutting about 60 days from the whole process and increasing our capacity,” says Phillips. When Athens contracted with Los Angeles Coliseum in 2014 to work toward zero waste, the coliseum was not doing any diversion, says Jennifer Cilloniz, Athens account manager.

“We built a team including Athens, the coliseum’s janitorial company, food vendors and vendors supplying cleaning supplies and containers. Everyone had to be on the same page,” she says.

Athens recommended equipment and tested compostable items. When compostables weren’t the best option, it recommended the most appropriate materials. Athens staff picked up recyclables and compostables and took them to their dedicated plants. They did waste audits after each game and addressed contamination.

“The main lesson we learned is when a zero waste plan is made, there has to be a team. It’s a lot of work and not a one-company endeavor,” says Cilloniz.

The city of Los Angeles has a zero waste goal of 90 percent diversion by 2025, and it’s called on its franchised haulers to help it get there. As one of those businesses, Athens has committed to paying $1,000 for each of its 100 accounts to support food charities in redistributing edible food.

But what the company does is about more than money.

“A small nonprofit is limited in how much time they can dedicate to bringing in new donors and doesn’t have the necessary contact information. We have pre-existing relationships with business clientele to identify new donor participants,” says Jessica Aldridge, Athens sustainability manager.

Athens introduces potential donors and its nonprofit partners, provides outreach material and trains its recycling coordinators on food recovery to provide information and to peak its clients’ interest.

Among nonprofits it works with is Saint Francis Center in Los Angeles.

“Having Athens as a middle man has meant a huge opportunity for us to recover more food while it helps businesses reduce their trash,” says Jose Ramirez, executive director for Saint Francis Center. “There are 58,000 homeless people in Los Angeles County, which is almost a 50 percent increase in the last three years. With Athens’ support, we achieved a record-breaking year in food recovery in 2017. We recovered 1.3 million pounds of food, allowing us to provide over 18,000 grocery visits and 130,000 meals. We think with Athens as our ambassador, we will go further. We are already expanding our food donation in geographical areas where we were not receiving it before and are looking to expand our satellite program later this year in Athens’ zones.”

There will be more of a push for this type of work in response to California’s recent laws, AB 1826 and SB 1383, to target commercial/multifamily residential organics and as other states think about how to cut their mounting food garbage. Key is creating robust, full-spectrum organics programs to ideally prevent food waste, but at least reduce it and put what’s left to better use. This is increasingly becoming a role in the trash industry, the people closest to the generators.