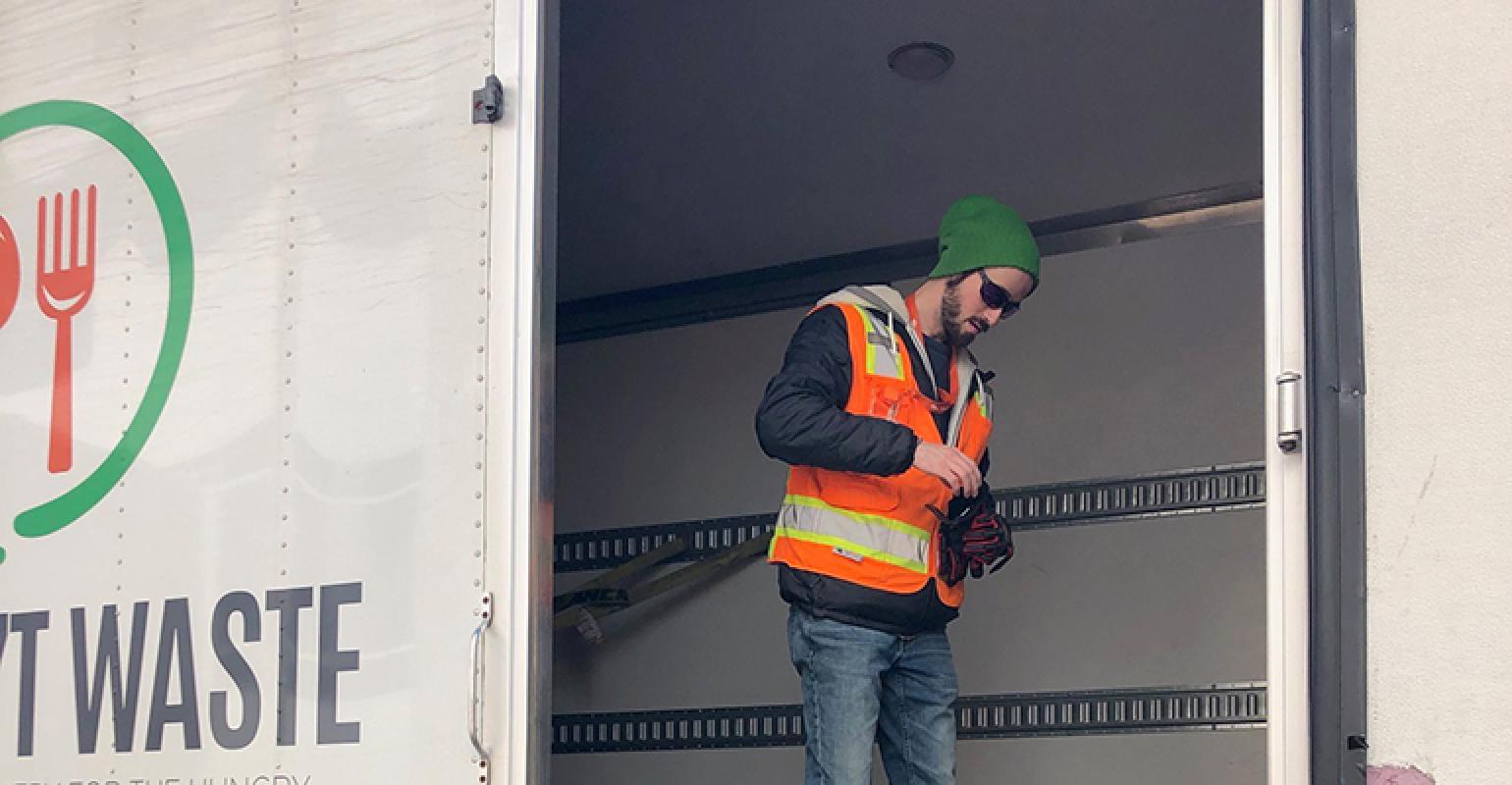 Denver International Airport is making an effort to reduce food waste through a partnership with an area group called We Don’t Waste.

In the U.S., food waste is estimated to be between 30 to 40 percent of the supply, according to the U.S. Department of Agriculture. Efforts have been made to reduce this waste, but timelines for freshness and consumption make it difficult for some. Airports, in particular, face short deadlines for food consumption, especially with their packaged grab-and-go items.

The Denver International Airport (DEN) is making an effort to reduce food waste through a partnership with a local group called We Don’t Waste (WDW).

“DEN has a longstanding goal to divert solid waste from landfill disposal,” says John Hambright, environmental analyst for the Denver International Airport. “In addition, DEN’s Sustainability Policy calls upon the airport to engage in socially responsible initiatives with community partners. DEN is not an expert in food insecurity, but we do have a large number of concessionaires willing to partner with the airport to donate extra food to a local partner who is an expert in the community.”

We Don’t Waste was founded in 2009 to help feed people in the Denver community experiencing hunger and to reduce the amount of food waste entering landfills. Over the past 10 years, We Don’t Waste has partnered with more than 160 food donors and more than 70 nonprofits to provide nutritious food to approximately 180,000 food insecure individuals each year.

“We have been aware of We Don’t Waste and their capabilities for several years. We had even utilized them for special pickup events—city employee picnics, Westin Hotel catering excess and a massive overorder of tortilla chips that the USO [United Service Organizations] needed help with,” says Hambright. “When it no longer made operational sense for our prior food donation partner to continue to partner with us, We Don’t Waste seamlessly stepped in to take over pickups starting in the fall of 2019.” 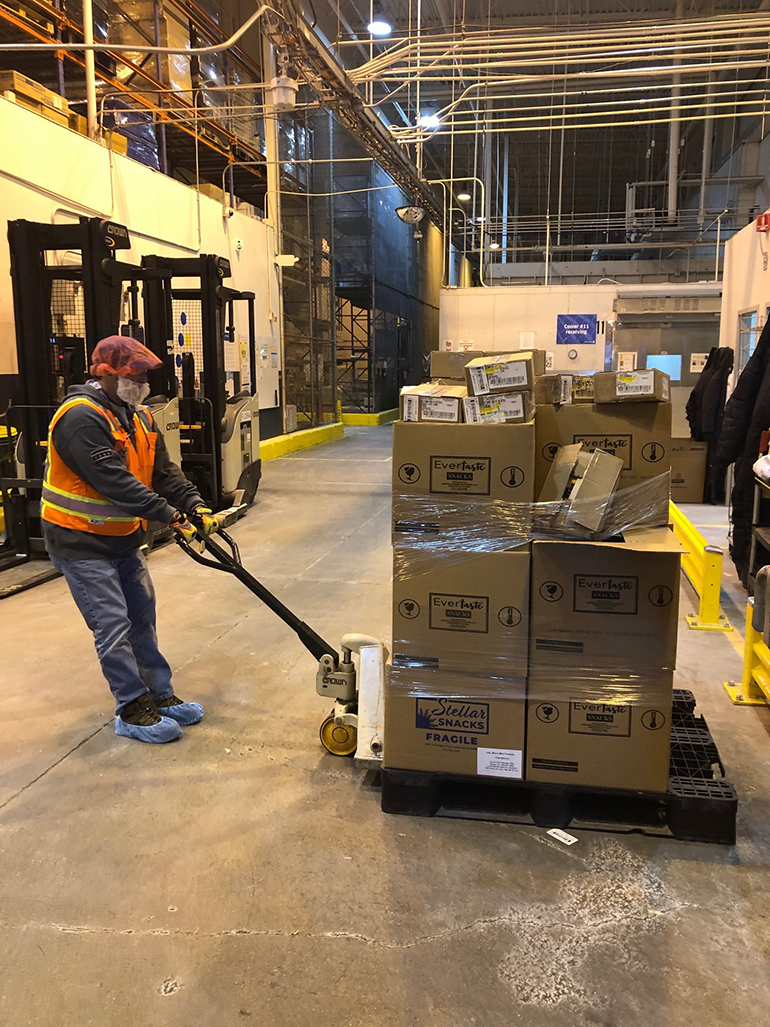 In partnership with DEN, We Don’t Waste recovers unused food from the United, Sky Chef and Southwest Airline flight kitchens on a weekly basis. The product is boxed, labeled and picked up from the kitchen in a refrigerated truck.

Currently, the company recovers food from 15 different restaurants located on the concourses. The restaurants pan, cover and label the product that is then transported for distribution to its recipient agencies.

“We had worked with [DEN] over several years on intermittent recovery, and they contacted We Don’t Waste and indicated that they wanted to work with WDW as they felt the program was growing and believed we could accommodate their requirements for regular pickups more efficiently and effectively,” says Arlan Preblud, founder and executive director of We Don’t Waste.

The flight kitchens at DEN (United Airlines-Catering and LSG Sky Chefs) as well as Southwest Airlines (Provisioning) have participated in DEN’s food donation efforts for several years and account for more than 70 percent of the total food donations from the airport.

“Since the inception of the program in late 2016, more than 428,500 pounds of food has been donated,” says Hambright. “The goal is to eliminate food waste from the airport’s trash and to provide a benefit to members of the community.” 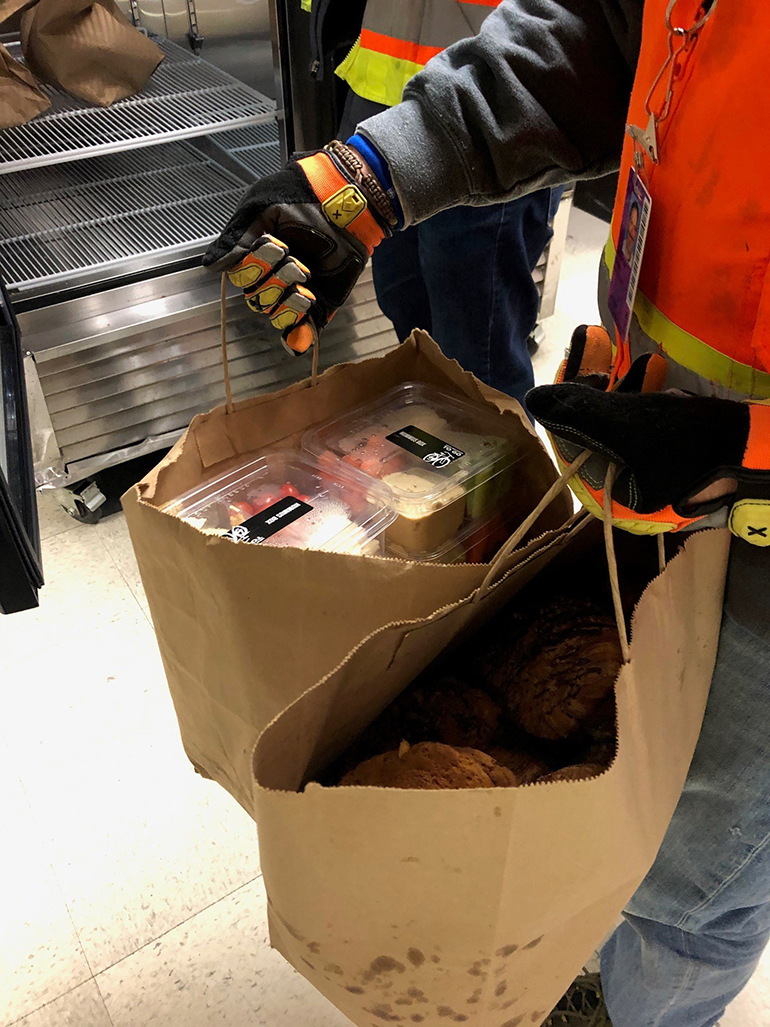 DEN has a number of sustainability initiatives that span all operations, including:

“It is my understanding that the waste and recycling industry is changing in dramatic ways. Recyclers are having difficulty outsourcing product because cities are considering reducing their efforts. Yet more than 40 percent of the food produced in the United States is wasted, so efforts to recover good and nutritious food is critical to providing food to those less fortunate and those most vulnerable,” says Preblud. “With safety nets being cut away, the nonprofit food recovery programs are looked at to fill the gap. We look to the waste and recycling industry to partner with agencies like We Don’t Waste so we can increase the amount of food available for distribution.”