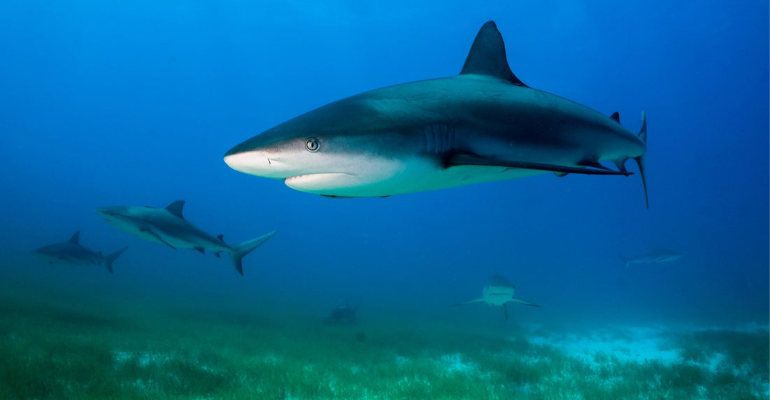 An operation called WinTogether.org is gamifying charitable giving to support environmental causes, using the 17 United Nations Sustainable Development Goals as a guide in selecting who and what to support.

Tony DiMatteo, CEO and co-founder of WinTogether.org and Lottery.com, discusses the concept of awarding people for donating rather than simply asking them for money. He goes into the power of partnerships. And how through partnerships the company is creating communities around brands and causes.  He casts light on potential impact of its newest campaign to benefit Ocean Voyages Institute.

Waste360: What is WinTogether.org? And how does it work?

DiMatteo: WinTogether.org is our online charitable sweepstakes platform centered around building the future of philanthropy. It offers charitable donation sweepstakes to incentivize donors to take action by providing unique experiences, cash prizes, and luxury prizes. When donors visit WinTogether, they are taken to a page that allows them to securely donate and enter the sweepstakes.

It’s powered by Lottery.com. We own and operate the WinTogether platform and campaigns. Lottery.com is transforming how, where, and when the lottery is played. Our platform enables players and commercial partners located in the U.S. and internationally to remotely purchase legally sanctioned lottery games. Lottery.com makes it easy for users to play the lottery from their computer or mobile device.

Waste360: How does WinTogether engage people?

DiMatteo: WinTogether provides a new channel to raise awareness, raise funds, and reach new donors around the world. It’s also built to drive excitement by incentivizing potential donors to support important causes by offering the opportunity to win prizes. Additionally, once users visit the WinTogether site, they increase their awareness about a cause, how they can participate in the cause and continue to support its mission. Using WinTogether’s Clean Oceans Campaign as an example, the site hosts videos and posts petitions, press releases, and links to the Clean Oceans Campaign donation page.

DiMatteo: By gamifying charitable giving, it fundamentally changes how charitable organizations engage with their donors and raise funds. Rather than simply asking for money, we’re creating excitement and interest in a cause, which encourages people to engage.

Waste360: Who are Countable and Causes.com? How do they help you expand your reach?

DiMatteo: Countable, one of WinTogether’s partners, creates communities around brands, causes, and products to bring exposure to causes through customized user engagement based on multiple variables, such as opt-in interest. Causes.com is owned by Countable and has listed our campaigns on its website to help raise awareness.

By integrating with Causes.com, we extend our reach to its existing audiences. Users go to the Causes.com page and click on the campaign they are interested in and are directed to WinTogether’s site, where they learn more about the campaign and participation.

Waste360: Who are some other partners and how do you work with them?

DiMatteo: We’ve worked with partner organizations such as Dollar Donation Club to extend our reach to as many audiences as possible. Dollar Donation Club is a monthly donation platform utilizing micro-donations to hyper-fund solutions to global challenges like the ocean plastics crisis.

We further expand our reach by working with media: AccuWeather, Gannet, and iHeartMedia.

Additional partners include 5th Element Group, Sevenly, and Octopus.  5th Element Group is linking us with important causes and like-minded brands. Sevenly is supporting our campaigns through the sale of merchandise. And Octopus incentivizes people to donate through their platforms by multiplying donors’ donations.

Waste360: Can you explain the concept of winning money for donations rather than simply donating?

DiMatteo: Through interactive charity sweepstakes, individuals are incentivized to participate not only through a prize but also through knowing that a portion of their entry goes to a good cause. WinTogether.org seeks to help supercharge philanthropic efforts with a next-generation digital technology platform that generates impact at scale, which is what we believe we need to change the world. Customized with an innovative twist in charitable involvement designed to incentivize potential donors, we are modernizing what we believe it means to be a philanthropist.

Waste360: How do you select causes to support?

DiMatteo: WinTogether.org uses the 17 United Nations Sustainable Development Goals as a guide in selecting the causes and organizations we support.

My goal is to put a check next to each one of the Sustainable Development Goals and make a real impact on this planet. We aim to propel financial success for leading organizations at the nexus of social impact issues such as sustainability, social justice, and education.

Waste360: Tell us about the Clean Oceans Campaign

DiMatteo: The Clean Oceans Campaign follows the success of WinTogether.org’s inaugural charity sweepstakes in support of the Arbor Day Foundation, which we called the “Time for Trees” Campaign. It reached millions of people and funded the planting of tens of thousands of trees while awarding a Tesla Cybertruck to a campaign donor as the Grand Prize.

Now WinTogether is offering participants a chance to win $50,000 for donating to fund one of the largest ocean plastics cleanups in history. The Clean Oceans Campaign will benefit Ocean Voyages Institute (OVI), whose goal is to remove one million pounds of plastics and ghost nets from the Great Pacific Garbage Patch.

Participants include anyone who donates an amount of their choosing to the Ocean Voyages Institute as part of the Clean Oceans Campaign sweepstakes. For every $5 donated, participants receive 500 entries to the $50,000 grand prize.

Waste360: Why did you choose to support the cleanup of oceans? Why did you specifically choose Ocean Voyages Institute as a beneficiary?

DiMatteo: We believe that keeping our oceans clean is of paramount importance, and we’ve found a strong partner for the cause in Ocean Voyages Institute. The problem of plastic in our oceans is an existential crisis, and OVI is one of the world’s leading organizations in removing ghost nets and toxic plastics from our seas. We want the causes we support to drive impact, to matter to the world, and to encourage meaningful engagement from as many people as possible.

We hope that our innovative platform helps the public rally around this important issue and drive one of the largest ocean plastics cleanups in history.

Waste360: How do you decide where you can have the most impact?

DiMatteo: Again, we use the 17 United Nations Sustainable Development Goals as a guide. We support reputable non-profits around the world whose missions align with those goals. Organizations such as Ocean Voyages Institute and the Arbor Day Foundation have existing engaged audiences, which we believe, in combination with WinTogether.org’s platform to raise awareness, funds, and reach new donors worldwide, has the ability to create a meaningful, positive impact.

Waste360: How does your technology facilitate transparency in the world of charitable giving? And why is this important?

DiMatteo: Technology and transparency have reshaped our ability to give, supporting increased visibility and disclosures of efficacy of philanthropic efforts. This creates a more results-focused and driven donor. People have begun changing their giving patterns to give more effectively, and we are working to help them do it.

Hosting philanthropic initiatives through our digital platform helps facilitate up-front transparency. For example, in the Clean Oceans Campaign, “donate $5 to remove 1.65 pounds of ocean plastic waste.” We believe it’s important for users to be able to understand the scope and scale of the project and see exactly where that donation is going and what impact it will have.