Using Technology to Leverage Eyes and Ears in the Field 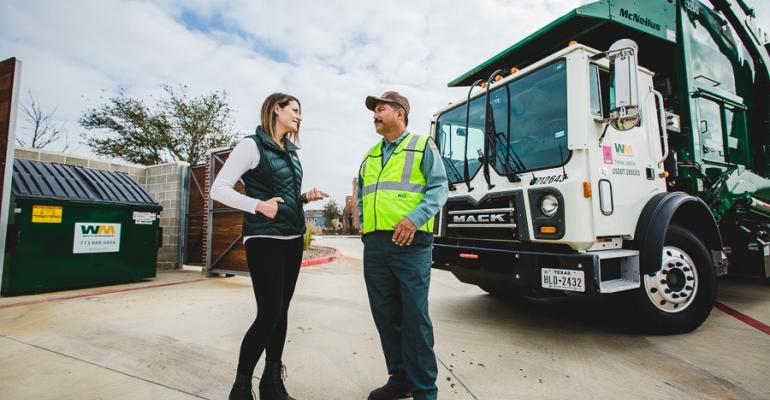 Earlier this year, Waste Management launched a Wingmate program to boost teamwork between sales and operations in the field.

In the waste and recycling industry, companies are beginning to leverage the eyes and ears of the people they already employ—their drivers. Instead of spending more on new sales representatives, they have begun utilizing technology and high-impact campaigns to get the most out of their people in the field.

Wingmate offers a software as a service solution composed of a downloadable mobile application for front line users and a customer relationship management system for the management and sales team of a waste company.

In March, Houston-based Waste Management launched a Wingmate program to boost teamwork between sales and operations. Drivers use the Wingmate application to send back opportunities from the field and to receive incentives. Sales can take action and communicate directly with each driver to help close business faster.

“It has been very easy. The team is helpful every step of the way and fully involved in the launch,” says Josh Haraf, area sales director in Eastern Canada for Waste Management. “Extremely clear and concise communication with frequent availability and support. The Wingmate team came out to our sites to onboard and train driver groups one by one. Not only did they help onboard the team but were genuinely invested in helping us develop the success we have seen so far.”

“We’ve seen the drivers buy-in, and they are definitely more involved in helping grow sales. They’ve been so engaged with this, and it truly shows they care about this and care about the business,” says Haraf. “It’s created a linkage between our sales and operations staff. Consistent communication and feedback between the groups. We’re making each other stronger as a team on a daily basis.”

According to Haraf, Waste Managament was surprised by the number of drivers interested in using the Wingmate app.

“The driver buy-in was higher than we expected,” he says. “They were very successful in sending back quality information. We actually had to add capacity to our sales team to deal with all the new business opportunity. We definitely were not expecting that many leads.”

“The launch with Waste Management has been incredible so far. The company is very organized and well run,” he says. “We had two members of the Wingmate team, myself included, travel around onboarding drivers at four in the morning. You’d think at that time nobody would want to hear us talk, but the drivers have been very receptive to the app. In fact, we’ve seen more than 50 percent engagement at all the yards, with thousands of leads already in the pipeline. Not to mention a lot of new business generated.”

Introduced in 2016, the Wingmate app is compatible with all smartphones and a web dashboard compatible on almost every browser. It also has an automated driver reward system and payout. The company utilizes the same geotagging technology as Google Maps to automatically locate the address of the driver leads.

Recent upgrades have been made to the app, including a new driver safety feature that protects drivers from using the app while moving over a set speed, Salesforce and other customer relationship management integrations and new lead mapping.

“We are starting to see drivers reporting more than just sales opportunities,” says Leuschner. “Some things we are seeing from other businesses include employee referrals—fight the driver shortage by incentivizing employees to help recruit and send contact details instantly to HR [human resources], service requests—streamlining customer service issues in the field right back to the service team and safety issues.”

Wingmate is currently working hands-on with companies to develop customized campaigns to fit their needs.

“I believe it’s the future of collecting intelligence from the field,” says Haraf.