Solid Waste and Alternative Fueled Vehicles — What Does the Future Hold? 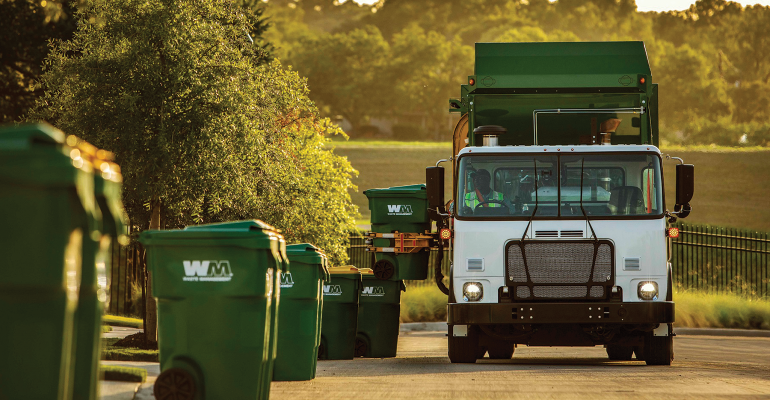 Last week, Stifel hosted a fireside panel discussion on the evolution of routed solid-waste hauling, from a primary reliance on diesel to alternative-fueled vehicles. This chat was designed to explore one of the “Top 10 Trends in 10 Years in Solid Waste” as identified by the financial-services company on its most recent list: Stifel anticipates a future where more than 50% of such hauling vehicles will be non-diesel.

When asked about the penetration of alternative fueled vehicles on a non-U.S. global scale, Kirchhoff, whose company owns the largest producer of solid waste routed vehicles outside North America, noted that it’s only “a single-digit number” but with significant variance across regions. For instance, in Europe, “you can see the very, very strong move toward urban vehicles being emission-free.” He noted that his company is focused on BEV and FC but not CNG; “the CNG story never really took off [in Europe], especially not in the garbage industry.”

From the U.S. perspective, Lalonde, whose company specializes in BEV, noted that Lion hasn’t invested in CNG because of infrastructure costs and the view that it is “a bridge technology to go from the digital world to the electric world.” From a customer standpoint, “it’s a gradual approach,” and those that are moving forward with BEV are recognizing that “it is the future, and we bring them to the recognition that it’s actually the present; we can do it today.” He also noted that, “operators don’t want to have to trade performance to make an ecological decision.”

Johnston, whose company is the largest producer of CNG solid waste routed vehicles in North America, acknowledged great political and constituent pressure to go electric, and that in order to comply with zero-emissions plans in California (and other states), “within a couple of years, 7% of trucks I put in California have to be complete EV…but it’s going to be tough, and I’ll pay a premium for every truck that’s not zero-zero by 2024.“

In talking about battery life, and replacement cost of EV vs. CNG, Lalonde acknowledged that, “this is one of the first questions our customers ask us because it’s one of the unknowns.” In order to address these concerns, Lion offers an eight-year warranty as standard for its batteries, and there is an extended warranty up to 12 years where, “if we can’t meet a certain percentage of the initial capacity, we’ll swap it out at significantly less than the cost of buying a new battery today.” He also noted that, “Anyone who tells you they know the cost of a battery in 10 years is lying.”

On the topic of EV safety, Johnston noted that, “there are some challenges, and we have to address them now. And we should have learned enough in CNG to really go about this correctly, quickly.” At Lion, Lalonde noted, “We do training, anytime we sell vehicles in an area, with the first responders” so they know how to disengage a battery in the event of a fire. As for FC, Kirchhoff observed that, in the construction of such vehicles, “the gas is always guided into the air, so there is no capturing of this gas,” which helps prevent problems. But, education is key.

The speakers also addressed the weight trade-off between CNG and electric alternatives; tackling loss-of-time due to battery recharging; the user experience for drivers in electric vehicles; the outlook for lithium; and more.

Stifel’s post-discussion observations include the following:

And, the company’s overall conclusions from the discussion are that, “CNG is well established and the pros and cons are well understood, BEV and FC have high expectations but there is not enough data from vehicles in day-to-day operations to determine if the expected savings and operating performance will meet the needs/demands of the solid waste industry.”