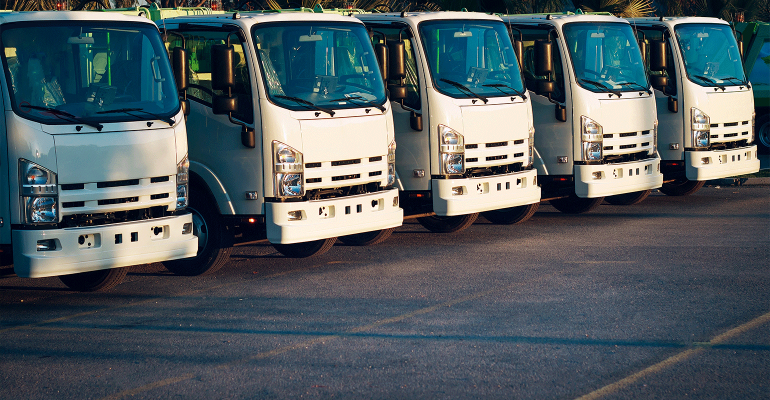 Sharp and unpredictable fluctuations in the labor market are causing municipalities and private haulers to turn to technology to maintain operations.

About one in 10 government jobs, or 780,000 positions, remain unfilled, a figure that is attributed to labor constraints driven by the pandemic and demands for better working conditions.

“The public sector is starting to see a lot of flight of employees going onto potentially higher paying jobs,” explains Michael Allegretti, chief strategy officer, Rubicon. “So, you have this labor shortage and you have a daily operation crisis whereby cities have to continue to pick up the waste and recycling.”

With fewer people behind the wheel, technology such as Rubicon’s is playing a critical role in helping municipalities focus on route optimization and other functions.

The city of Santa Fe, New Mexico has been leveraging RUBICONSmartCity, a cloud-based suite that follows drivers as they collect trash and recycling from between 800 and 900 locations each day. The information is fed back to the city’s headquarters where managers and supervisors are able to check service status and make decisions to enhance operational efficiencies.

The pandemic combined with constrained budgets has accentuated the challenges municipalities are facing. As a result, Rubicon recently acquired Germany-based CIVIX, the developer of FleetRoute, a strategic planning software that encompasses data collection, in-cab navigation, dispatching, tracking, performance monitoring, and messaging, among other features.

The Lexington, Ky.-based company had been utilizing CIVIX’s software to enhance its own software offerings. The purchase enables Rubicon to internalize FleetRoute as a core service and expand its European reach.

“There are peculiarities with optimization for waste and recycling fleets that we're now able to investigate further, like as an example, the fact that some trucks back down streets,” says Phil Rodoni, chief technology officer, Rubicon. “That's not typically a capability you’ll see on generic kind of routing software that's out there, but it's very particular to the waste industry.”

With both the private and public sector seeking solutions to service disruptions, the acquisition will only enhance Rubicon’s capabilities. In all, FleetRoute’s book of business is comprised of local governments, councils and municipalities; private companies and corporations; public utilities; and federal and regional government agencies. The addition of operational consulting services enhances Rubicon’s ability to service its customers.

“If you can drive a given route or given routes more efficiently and have fewer vehicle miles traveled, you save gas. If you have less time on the road for the men and women in your workforce, you save overtime. If you're able to pick up the trash more quickly and more efficiently, you ultimately have happier citizens,” Allegretti says. “Those three things together do lead to real taxpayer savings, and that is what every mayor right now in America is looking for – taxpayer savings so they can repurpose those funds for other needs that they might have.”