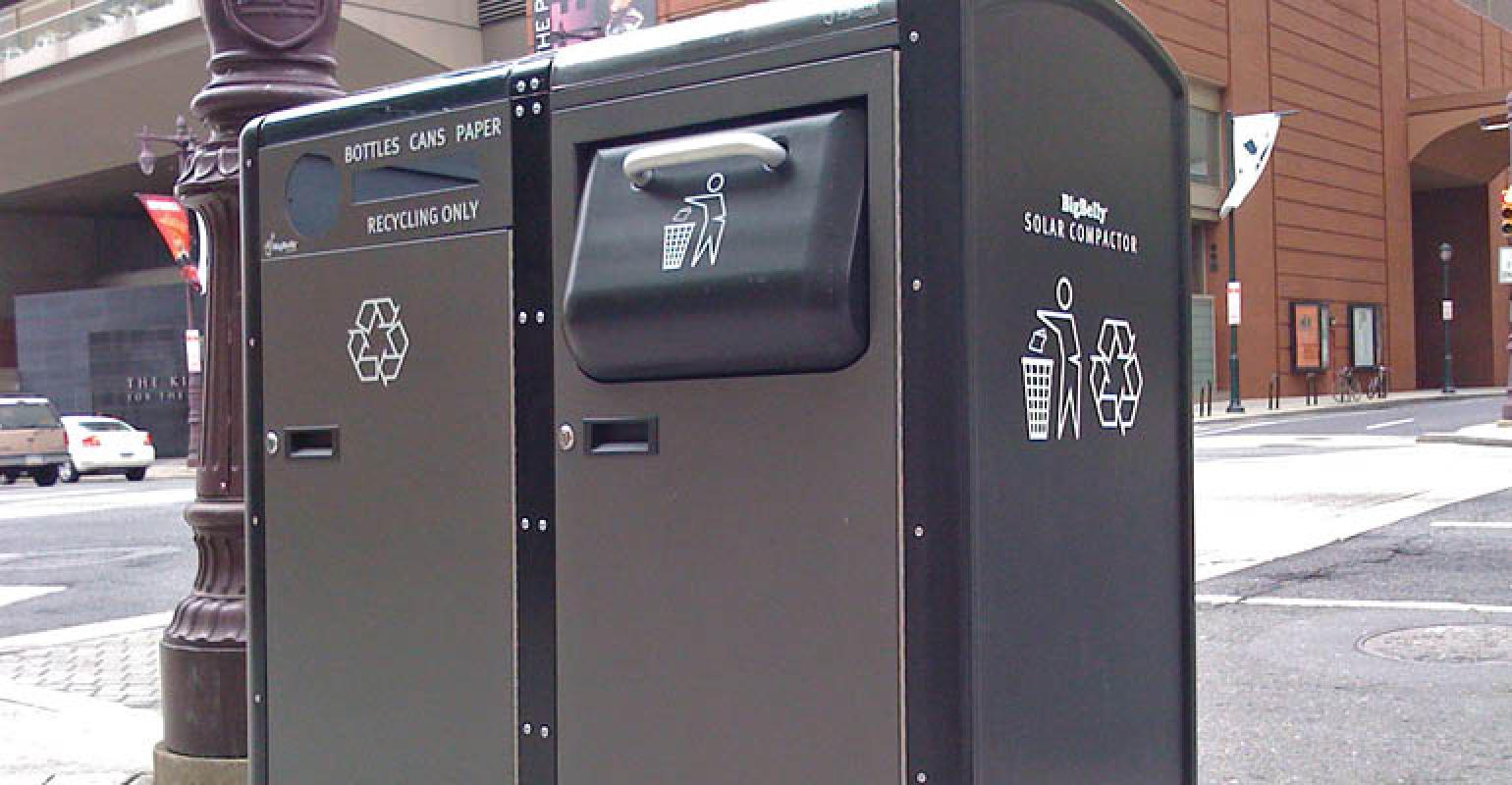 Despite findings questioning the bins' efficiency, the Philadelphia Streets Department has signed a new contract with Bigbelly and purchased more compactor bins.

But Carlton Williams, commissioner of the Philadelphia Streets Department, and officials at Bigbelly disagree with these findings. What’s more, the sides have signed a new contract between the City of Philadelphia and the Bigbelly brand.

The City of Philadelphia has been using the Bigbelly Solar Compactors since 2009. The cloud-connected, web-based platform delivers real-time, actionable data about an area’s waste operation. Bigbelly’s suite of stations includes a compacting model to capture the waste volumes in high traffic areas, plus a standard capacity model for less busy areas.

Offered as a turnkey platform, each fleet is customizable and modular based on capacity, waste stream, and accessory needs including any Smart City applications add-ons. Customers can deploy their platform as a subscription, which includes services and support.

“As the Streets Department was evaluating options for improving litter basket operations, Bigbelly presented a number of alternatives, which lead to a pilot with the Center City District who were also considering this approach; three units placed and tested in the district,” says Williams.

After a successful pilot, the department evaluated various deployment and funding alternatives. It was determined that a large scale deployment in Center City would have the most significant impact funded with state grant over a three-year period, according to Williams.

“Collections have been reduced from 17 to 3.5 per week and reducing collections on three shifts to one shift,” he says.

According to Dillon, Bigbelly was implemented in Philadelphia to keep streets cleaner and reduce their collections. The original Bigbelly deployment was made possible due to grant funding, not taxpayer dollars. Since that deployment, Philadelphia has reported a $650,000 annual savings.

“Bigbelly has been working with the City of Philadelphia for almost 10 years. … We also believe the Bigbelly deployment in Philly has been extremely successful,” she says.

In 2010, the controller’s office conducted a review of the multi-million dollar purchase of Bigbelly Solar Compactor bins by the Streets Department.

During that review many issues were raised including: The legitimacy of the possible cost savings, responsibility for overall maintenance, life expectancy claims and lack of contract compliance, according to the report.

As the Bigbelly units originally purchased are nearing their purported life expectancy, the current review was undertaken to assess the program and progress made since the 2010 report.

“The city purchased expensive technology in an effort to operate more efficiently and effectively,” said Butkovitz in a statement. “Our report indicates the city wasted that opportunity over the last eight years by not utilizing the technology or properly monitoring the expensive trash cans.”

The controller’s review of the 2010 report found that the Streets Department still does not have an effective or efficient system to manage the multi-million dollar Bigbelly system.

“Unfortunately, the city did very little over the last seven years to correct the problems,” said Butkovitz in a statement. “Instead, it purchased hundreds more, costing taxpayers millions. I again urge the city to conduct a thorough cost analysis, which includes supporting data and evidence, to determine the true costs of maintaining the high-tech trash systems.”

According to Brian Dries, director of communications for the Office of the Philadelphia City Controller, the latest report identified several other key issues, including:

Despite these findings, the Streets Department has signed a new contract with Bigbelly and purchased more compactor bins.

“Following a competitive bid process, the City of Philadelphia is acquiring 275 additional units from BigBelly at no cost to taxpayers. The Streets Department is in the process of executing an agreement that will provide for the acquisition of BigBelly waste and recycling receptacles, related maintenance and software licensing, and authorizing an advertising concession at no cost to the City of Philadelphia,” says Williams. “The agreement allows the city to acquire these new units without additional tax revenue in exchange for the rights to allow advertising throughout the duration of the contract period.”

Williams says the new contract also will require the firm to clean and maintain the units at no cost to the city. The units will be placed on a routine inspection schedule to ensure they remain in good condition.

“The City of Philadelphia will also receive a portion of the advertising revenue over the duration of the contract period,” he says. “These funds will be used to reinvest in an aging Bigbelly infrastructure and to make network improvements to extend the longevity of the entire network.”

Dillon says this program is largely self-funded, and comes complete with management software and services for ongoing maintenance.

According to Dries, city council recently adopted legislation that would allow the city to enter into a contract with Bigbelly and an advertising firm.

“Under the agreement, the firm will pay for 275 new compactors and their maintenance and cleaning in exchange for advertising rights,” he says. “The city will still empty the cans and receive five percent of advertising revenue.”

But the Streets Department isn’t ignoring the findings in the controller’s report.

“The Streets Department appreciates the controller’s attention to an important program that thousands of Philadelphians have come to rely on,” he says.

“The city believes the new contract addresses all the controller’s concerns and will improve the Bigbelly program to that it is truly one that Philadelphians are proud of,” says Williams.