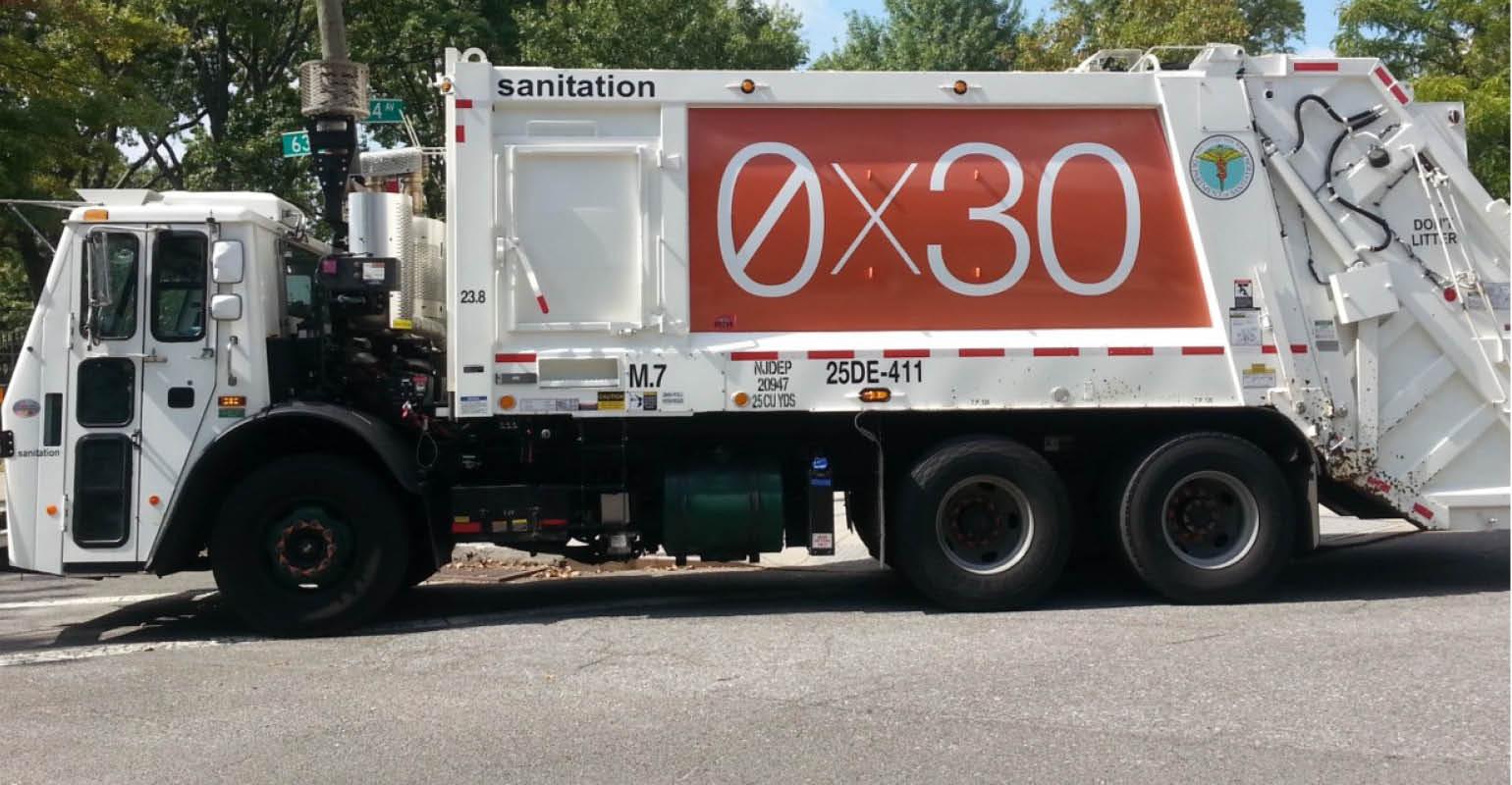 DSNY has reservations about making what would be a major transition to be able to burn this low-carbon fuel.

Environmental nonprofit Energy Vision wants New York City fleets to get off of diesel and convert to renewable natural gas (RNG). It’s calling on the New York City Department of Sanitation (DSNY), which runs the city’s largest heavy-duty fleet, to lead the way and explore RNG trucks, especially in low-income, minority communities with high trash truck traffic. But DSNY has reservations about making what would be a major transition to be able to burn this low-carbon fuel in its 2,100 trucks.

“Diesel exhaust contains more pollutants [than cleaner alternatives] that people breathe in, and it’s responsible for about a quarter of greenhouse gases from transportation, which contributes to climate change,” says Joanna Underwood, founder of Energy Vision. “RNG is the lowest carbon fuel and can even be net carbon-negative over its lifecycle.”

Its study concluded that at $4.25 per gallon for renewable diesel (RD), which is a blend of petroleum diesel and organic material, and $2.25 per gallon for RNG, fuel savings would offset vehicle cost (each truck costs $30,000 to $40,000 more) in five years. The numbers considered a commitment by Clean Energy Fuels to supply RNG at fossil compressed natural gas (CNG) costs, according to Matt Tomich, Energy Vision president.

The study also compared annual emissions for 300 DSNY trucks running on diesel and RD as well as RNG that’s burned in near-zero engines. It reported the following, based on Union of Concerned Scientists data:

However, DSNY still has concerns tied to infrastructure and other issues. “While the department is generally supportive of the RNG concept, and we are already involved in RNG at the Newtown Creek facility (organic material is used to make clean, renewable fuel for the city’s gas grid), we face challenges when it comes to running our fleet on RNG,” says Belinda Mager, DSNY spokesperson.

She cited constraints tied to fueling as well as concerns about vehicle repair and maintenance.

“We have more than 60 facilities where vehicle maintenance occurs. Many are very old and would require significant ventilation system upgrades and other investments to meet requirements … we estimate the cost would be quite significant,” says Mager.

“Our collection trucks are our snow plows, and the natural gas fueling stations will not turn trucks around fast enough during winter weather,” she says.

“CNG trucks are less expensive to maintain as they eliminate the need for diesel aftertreatments … required to meet current emission standards,” he says. “DSNY’s potential commitment to fuel with RNG will create additional demand for a developing market responsible for substantial reductions in greenhouse gas emissions and nitrogen oxide emissions. The environmental commodities … can further drive down the cost so it can be offered at a significant discount to diesel.”

Meanwhile, the city is working to cut municipal vehicle emissions in half by 2025, and 80 percent by 2035. In response, DSNY is exploring electric trucks and RD, though local RNG supporters argue that while RD significantly cuts greenhouse gas emissions, it doesn’t address particulate matter that people breathe.

Antonio Reynoso, chair of the City Council’s Sanitation and Solid Waste Management committee, is particularly concerned about the particulate matter in diesel fuels. He represents North Brooklyn, which is where one of the operational CNG fueling stations is located.

“Our community handles 40 percent of the city’s trash and has asthma rates higher than the city average, and air pollution and particulate in our area are extremely high. So, we should take advantage of the fact that we have a place for RNG trucks to fuel in North Brooklyn,” he says. “We should at least begin to see if we can bring about environmental justice in our community by looking into RNG. Commissioner Garcia told me she is open to having that conversation.”

“We are working to encourage DSNY to be a leader. We are working with City Council to pursue a local law to align fleet purchasing agencies’ vehicle and fuel purchasing policies with the city’s goals to clean the air and reduce greenhouse gas emissions. And we are partnering with environmental justice groups to reach out to city leaders and community groups to advocate for no more diesel,” says Underwood.

Norman Steisel, a former DSNY commissioner and Energy Vision board member, acknowledges it would not be easy or convenient to make the transition but adds, “My point of view is for an administration that has made a major issue and public commitment to deal with environmental justice health questions. The agency must figure out a way to overcome obstacles. They are not insurmountable.”