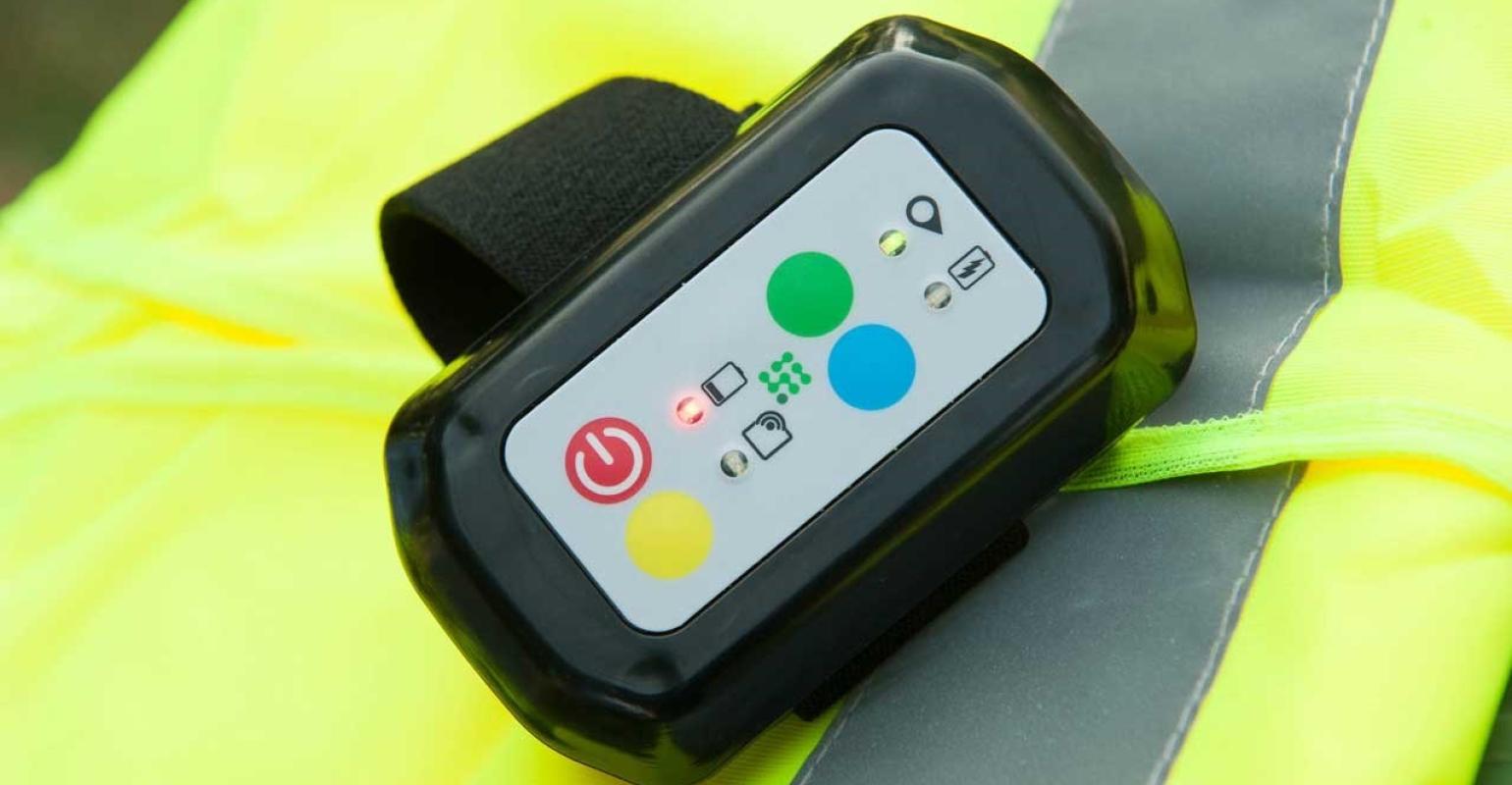 The company’s goal was to develop a lightweight, wearable device that would make trash collectors' jobs easier.

Radio-frequency identification (RFID) technology systems were initially touted as the go-to for pay-as-you-throw (PAYT) waste and recycling collection programs. More and more, the technology also is being used to track containers and verify service. Asset tags typically are attached to waste and recycling containers and data is collected when the bins are full, alerting haulers to deploy a vehicle to empty the bins.

A Lainate (Milan), Italy-based company is adding a new twist to RFID technology in the waste and recycling industry with its Discovery Mobile device. Partitalia srl, a smartcard and RFID tag manufacturer, has created this wearable device to track waste collection. It reads the RFID tag on waste bags or bins, and the data collected is directly transmitted to the cloud server and displayed by the cloud interface. The system can be configured remotely.

“Partitalia decided to concentrate on UHF [ultra-high frequency] technology, which could be applied to both trash bins and trash bags,” says Luca Del Col Balletto, owner and CEO of Partitalia. “To this end, engineering know-how in the development of technologies for the acquisition of data using RFID and in software research, on cloud based systems, was required. Know-how in the field of miniaturization and sensors also was essential. In this way, a complete product was developed that has all the essential components on a single circuit board, which is very light … less than 100 grams.”

Discovery Mobile was designed and launched in 2013 specifically to meet the needs of towns, cities, waste collection companies and environmental consultants that have to implement the PAYT model due to regulations passed by the European Union (EU) in 2004 and adopted in Italy on April 20, 2017.

The EU general regulation requires that non-recyclable, urban solid waste deliveries are tracked to quantify the exact amount of waste produced by each user to calculate a rate for the waste that is fair and proportional and no longer a flat tax. Maintaining the fundamental principles of the European Directive, the Ministerial Decree from Italy provides a detailed definition of the regulatory context necessary to measure, calculate and definitively implement the PAYT throw model.

Before the Discovery Mobile “bracelet,” a personal digital assistant (PDA) device was available on the waste collection market, but it was too heavy for the trash collectors to use easily. Partitalia's goal was to develop a lightweight, wearable device that would make trash collectors' jobs easier.

“It is a vertical system that meets the specific requirements of the regulation, measuring delivery data, whether [applied to] trash bins or trash bags,” says Del Col Balletto. “It is economic and ready to use, so it is perfectly suitable for experiments or small, local realities typical of the Italian territory. It is light and easy to use, besides being designed to facilitate the operator’s work.”

Massimo Galasso, general manager of Cosvega srl, based in Francavilla a Mare, Italy, says his company has been using the bracelet for about two years.

“Cosvega srl chose Discovery Mobile because it is a flexible, innovative and versatile wearable device that does not entail costs for installation on the collection trucks, and because it can adapt to the territory, road layout and population density of the town,” he says. 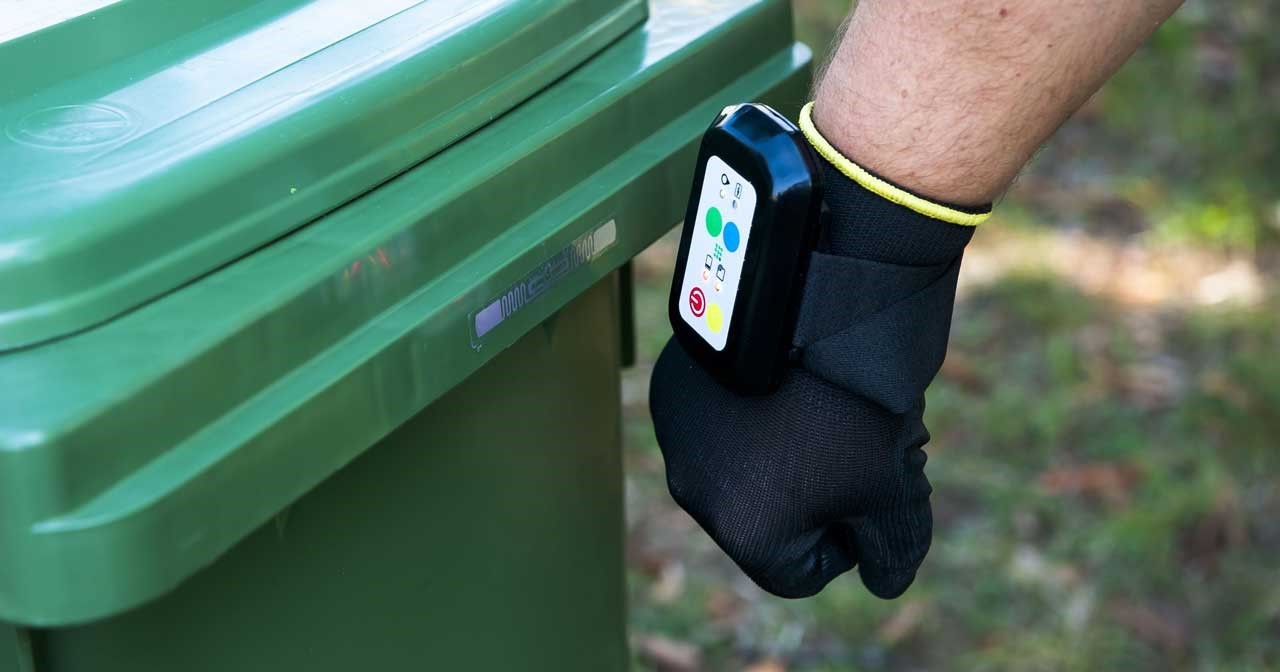 The company has experienced benefits like the simplified planning of waste collection routes without constraints due to the management of the fleet or road layout of the small towns where the device is used. Ease of use and quick training for operators, scalability of the system as a function of seasonal peaks with increases in the population at tourist location and total reliability of the data measured are other benefits, according to Galasso.

“The data collected are used to calculate the variable part of the PAYT rate, in accordance with the provisions of the Ministerial Decree of April 20, 2017, the document that implements the European PAYT regulation,” he says.

Del Col Balletto says the data recorded is used by operators in the waste collection companies and by the public authorities to calculate the exact amount of waste produced by each user. This is based on the number of deliveries, the known volume of the container and a specific coefficient for each type of waste.

“In the coming years, with our wearable device, we aim to provide new and innovative services to significantly improve both the quality of the work and the operator’s safety,” he says.