Internet-Controlled Trash Robot Will Clean Up the Chicago River 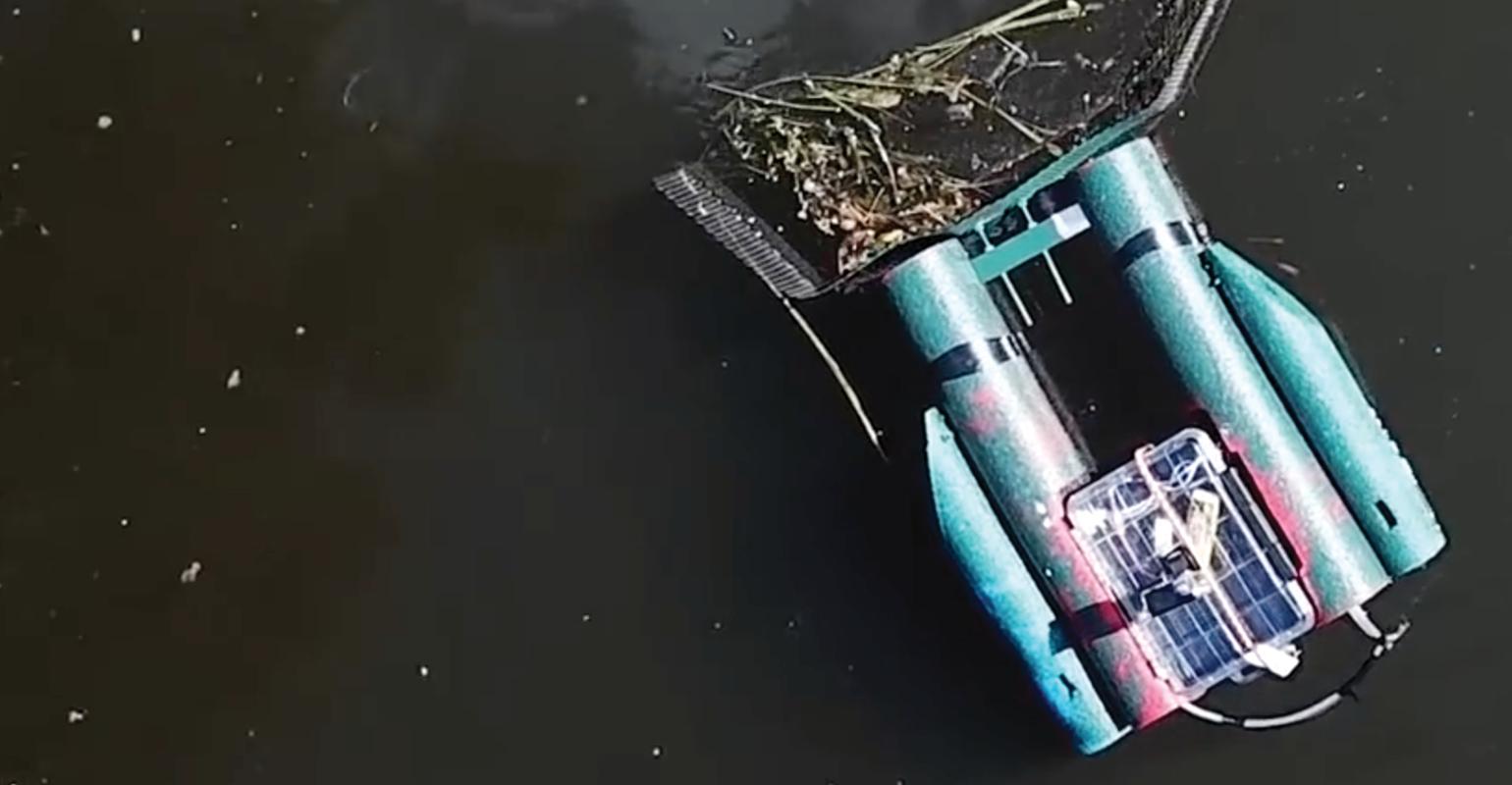 The robot will be built by Chicago-based nonprofit Urban Rivers.

The Chicago River is getting a new janitor who will never need a lunch break or a sick day. Trash Robot, an aptly named trash-collecting robot built by Chicago-based nonprofit Urban Rivers, is set to make its maiden voyage later this year.

The idea for Trash Robot was born, like most every invention, from a problem. Urban Rivers has constructed a floating garden on the edge of the Chicago River in the Lincoln Park neighborhood to help sustain local wildlife, but instead of geese and fish, the garden has mostly plastic bottles and food wrappers as neighbors.

To combat this problem, the nonprofit created a remote-controlled boat that will collect trash in the surrounding area of Urban Rivers’ floating gardens and bring it to the edge of the river where someone could collect it. The team realized that piloting the robot around could actually make a fun online game, so it launched a fundraising campaign for the robot on its Kickstarter page, and after meeting its $5,000 goal, it has moved into the prototyping phase.

Together with the floating gardens, Urban Rivers hopes to use the robot to help rehabilitate the Chicago River back into a livable habitat for fish and other wildlife. Nick Wesley, one of the cofounders of the nonprofit, says that commercial use of rivers like the Chicago River have made that a daunting task.

“Most urban waterways have been manufactured to suit shipping needs. Around the turn of the century, there were no highways, so that was the equivalent,” he says.

Fashioning the rivers for decades of heavy traffic from ships and barges have caused the bottom and the sides of the river to deteriorate, and most of the things that make for a good home for fish have been destroyed as well.

The floating gardens are the first step by the nonprofit to remediate this problem. After Wesley and the other cofounders discovered almost by accident that several plants could grow surprisingly well in river water, they thought some sort of river garden would be a perfect way to turn back the clock for urban waterways across the country.

The plants on the gardens serve as phytoremediators, which means they clean the river water as they grow. Further, the garden emulates a natural landscape and provides food sources that will attract fish and other wildlife.

Trash Robot is the next step in the process, ridding the river of the trash that has become one of its primary characteristics. The boat will ferry the trash it collects to a base station at the bank of the river, and that station will also have high-powered Wi-Fi connecting the robot to the internet. This unique feature will allow anyone to pilot the boat via the Urban Rivers website.

A tether will help keep the device in the vicinity of the gardens, and it will also be equipped with GPS technology just in case it happens to drift away.

The exact details of how the robot is piloted will be nailed down once the team at Urban Rivers progresses further into the prototyping phase, but as of now, a single user will drive the robot around the river via the website, and any other users that have logged on will watch while waiting their turn in an online queue.

Wesley hopes that this system will help to moderate any users who attempt to use the robot to harass wildlife or otherwise divert it from its mission and also help inspire a sense of community.

That sense of community is important to Wesley and the Urban Rivers team. The Trash Robot project is entirely open source, meaning all the code and specifications will be available for public use and replication in other cities and rivers.

“We want to build a community around people who are utilizing this system and systems like it to impact environmental change and really make a positive difference wherever they’re living,” says Wesley.

That’s all down the road, though. The next few months will mainly consist of perfecting the first robot for its current task.

“Especially this summer, we’re going to be very narrowly focused on trash and trash cleanup and getting it to work in the way we want it to,” he says.

However, Wesley hopes that this project will be the beginning of many. The concepts behind the Trash Robot project—crowdsourcing, robotics and the power of the internet—hold a lot of exciting potential.

“It’s something that I think, however it develops, will be an inspiration for whatever comes next. I don’t think the single problem of cleaning up trash around our garden is the end of it,” says Wesley.