Rubicon has a software platform –RUBICONSmartCity—designed to help city and county governments run more efficient and cost-effective waste, recycling, and fleet operations. The bells and whistles include telematics, automatic service verifications, dynamic routing, and contamination monitoring. But while RUBICONSmartCity was created with refuse companies’ operations in mind, the tech company has since taken its product further, providing trash trucks and drivers the ability to gather other types of information to help cities mitigate waste types beyond physical trash.

“City governments run the most complex waste and recycling operations in the country and often under immense budget and bureaucratic strain.  Cities need to manage their budgets year to year and are under intense strain to show continuous improvement and taxpayer savings,” says Michael Allegretti, chief strategy officer, Rubicon. These were among the company’s considerations as it built out its product and business model.

There are three core pieces of technology: the in-cab interface (ICI), the Geotab GO9 pod device, and a camera.

The in-cab interface is a smartphone- or tablet-based app mounted on the dashboard of a truck. It provides turn-by-turn directions, routing information, and enables the addition or removal of stops on a route.  It collects verification of service; enables drivers to note exceptions at the curb, such as if a bin is not out or contains contamination; and it enables drivers to take pictures noting the exception.

The pod plugs into a port under the truck dashboard and collects data about driver and truck behavior, such as speeding, hard breaking, and fuel consumption.

The third piece of hardware is an outward-facing camera called Rubicon Vision that runs a photo model to further contribute to the verification of service.

“All data is fed into a portal, which is a password-protected website that managers can view.  They can know where trucks are and how close drivers are to completing a route. They will know if a driver needs assistance for a service issue or if the driver is falling behind. They will know if all routes are balanced or if some drivers have too many stops while others have too few,” says Allegretti. 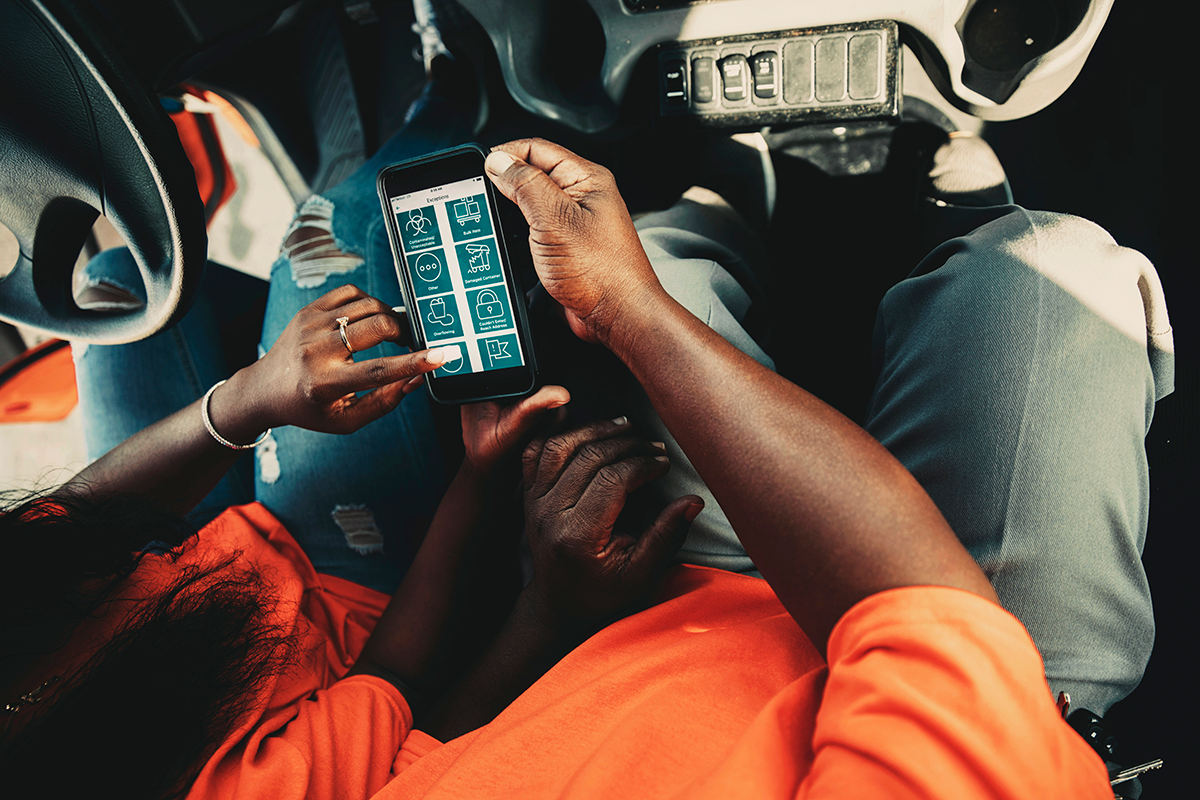 As the company and RUBICONSmartCity matured, management decided to address waste beyond trash, like wasted time, wasted tax dollars, and wasted human resources and thought pairing waste fleet operations with its smart technology could help reach for this aspiration.

“These city fleets go up and down every block in the city, and no other vehicles do that but trash trucks, so we said what else can trucks look for? We ended up developing a feature call Community Insights, which lets drivers know of various community conditions, like potholes, graffiti, and leaky fire hydrants.  The idea is to help cities potentially save tens of thousands of dollars in efficiency by having one vehicle identify these types of situations, so the city can proactively address potential problems. We are trying to save governments and taxpayers money and create efficiency wherever we can,” says Allegretti.

Rubicon offers local governments a free, roughly three-month pilot which is an opportunity to take the technology for a test run. Drivers and managers are trained on its use. And management can determine if they will get a return on their investment, as they are privy to data captured by the platform to identify savings. Leveraging insights generated by the system, Rubicon staff come up with proposals such as route changes or fleet optimizations, or citizen education related to recycling.

The City of Fort Smith in Arkansas was among RUBICONSmartCity pilot participants who has since become a paid customer.

The city’s Sanitation department provides residential, commercial, and roll off collection services; owns and operates a landfill; and runs 40 to 50 trucks daily.

“When we started looking into automated technology, Rubicon was the only vendor willing to let municipalities pilot for free. In our world, where budgets are really tight, it did not make sense for our operation to shell out hundreds of thousands for what may not work,” says Kyle Foreman, director, Sanitation, City of Fort Smith.

“[Additionally], I report to the city council and it would be a hard sell to ask them to spend that money when they don’t speak the solid waste language day in and day out and may not understand the technology’s value.” 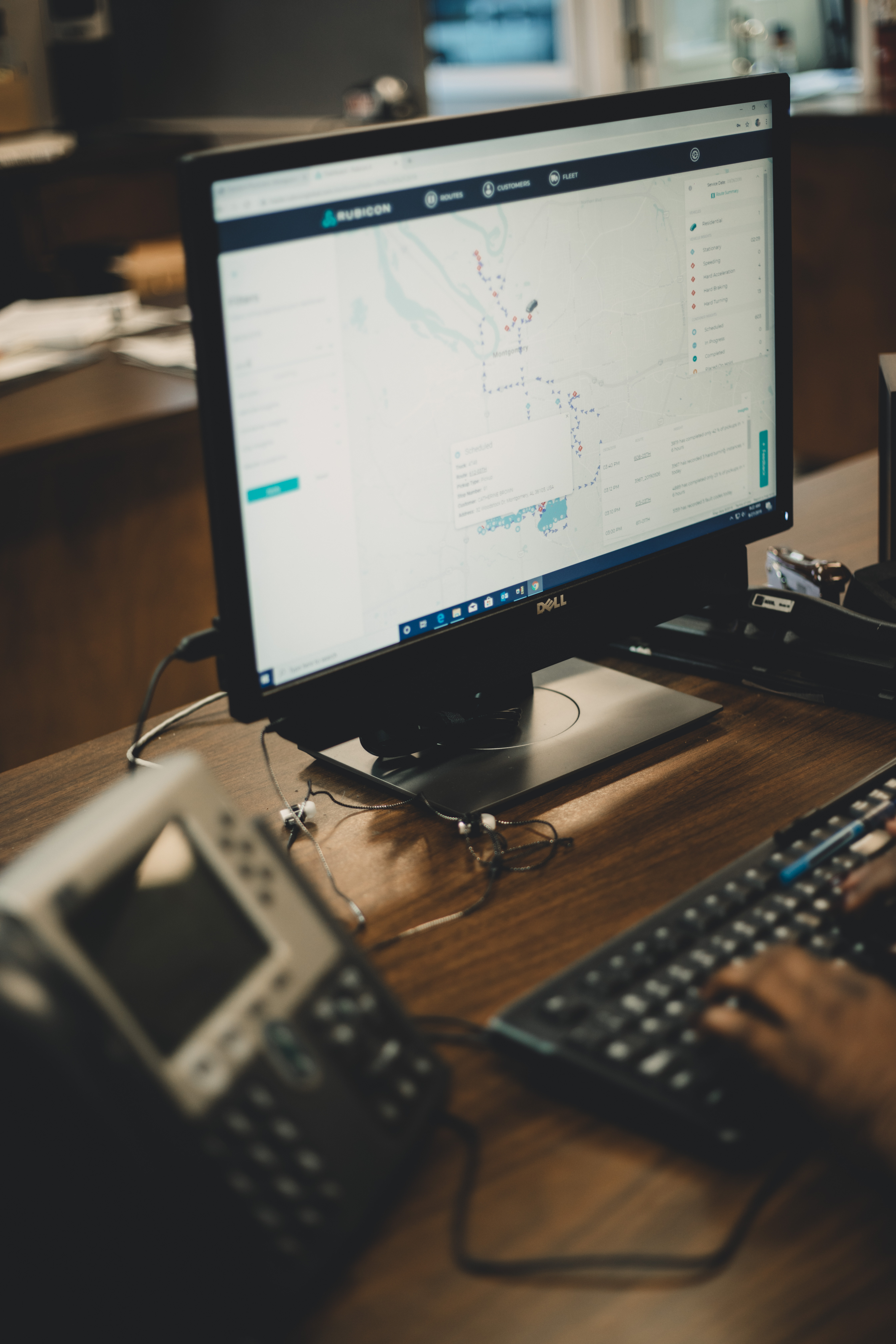 “We’d had roll off trucks crossing paths with each other that were empty.  And we were wasting a lot of time and money going back for “missed pickups” that were not actually missed.  With this technology we could route the closest truck to the next stop and not have to guess where they were or rely on drivers to tell us.

And we could save money on maintenance and repairs due to fleet telematics information, as we could investigate red flags of problems before they became more expensive to address,” says Foreman.

The city of East Point, GA recently finished a pilot.

Going in, Dominic Maldonado, Geographic Information Systems coordinator for the city, knew there was a lot of paperwork around workflows that could be optimized using different web-based visualizations.

Rubicon’s software was more specialized to waste management and fleet operations than other technologies he’d shopped. The on-board cameras, especially, were a big sell. They track tonnage of waste and do data mining and collection for city infrastructure. They photograph roads, sidewalks and trash cans and can categorize photos.

“Before it would take thousands of hours and a whole team to collect the data, and we would only collect the data every few years, and only some of it. Now we collect more data and every week.

We have improved the frequency of collection with Rubicon hardware because these smart cameras on the trucks serve as eyes. Anything that could be observed by humans, waste trucks can observe, and they pick up more as [employees] drive. So, it gives us, not just solid waste data, but information that other departments can use,” says Maldonado.

Rubicon is deployed in 55 cities across North America.

“We are pushing forward toward 100 cities and are excited about expanding our offerings globally,” says Allegretti.