Electricity: The Oldest New Alternative Fuel Brought to You by Franklin, Faraday, Tesla, and Edison 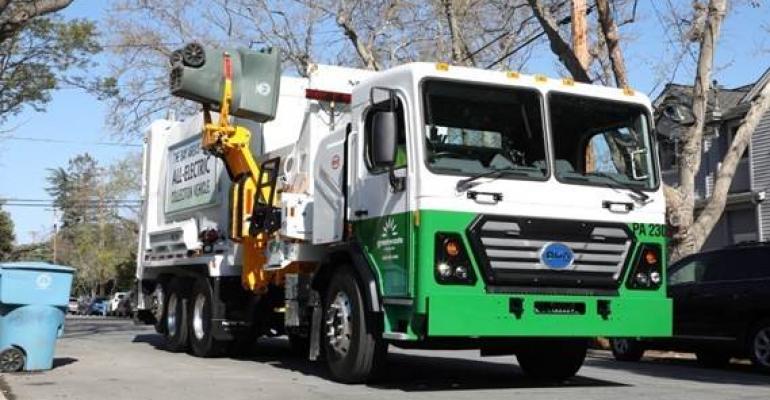 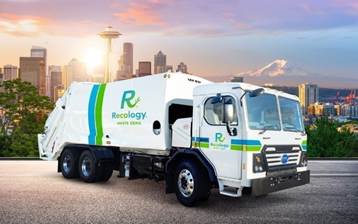 New Way Trucks was the only refuse truck body manufacturer to participate in the panel, and for good reason. We first partnered with electric chassis manufacturer BYD three years ago to produce a 100% battery-electric rear-load refuse truck.

Since then, the BYD-New Way collaboration has resulted in successful deliveries for private haulers – GreenWaste and Recology – on the West Coast. Today, the New Way refuse collection vehicles, mounted on the BYD electric platform, are completing their routes as designed and returning to their depots at the end of the day with surplus charge left. Several more BYD-New Way electric refuse collection vehicles are on order for private haulers and municipalities across the nation. 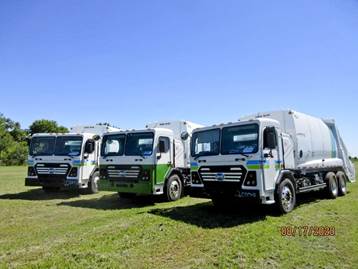 New Way Trucks is proud to help lead the industry forward by manufacturing environmentally sustainable refuse equipment for our end-users. As a leader and steward of innovation in refuse truck body manufacturing, it is up to us to forge a new way forward that includes an emphasis on sustainability.

Incorporating alternative fuel delivery systems into our truck bodies continues to be a focus. New Way was among the first to integrate hybrid drive systems into refuse collection vehicles when first introduced, and later compressed natural gas, and now New Way is proud to help set the industry standard in the integration of 100% battery-electric refuse equipment.

Electric doesn’t mean you are limited to rear load collection, however. New Way has already adapted its automated side-loader (ASL) to an electric vehicle platform. Earlier this year, New Way delivered a 29-yard Sidewinder ASL on BYD’s Generation 2 chassis to GreenWaste in Palo Alto, California. With the unit servicing nearly 1,000 households each day, BYD is referring to this ASL as the most advanced refuse collection vehicle in the world.

New Way continues to gain momentum with several units on order in a variety of configurations, some of which will mount on next generation platforms. The technology is evolving quickly, and every chassis manufacturer appears to have a Class 8 electric vehicle project underway. Each generation of technology has improved on the past, and we are excited to see what the future holds.

Our first talks with Recology and BYD over three years ago painted a picture for the possibility of Class 8, battery-electric refuse collection. Today, these trucks are on route each day collecting waste. New Way Trucks is proud to have played such a major role in affecting positive, sustainable change for its customers and the public they serve on their residential routes. Plans are well underway to address commercial customer service by integrating our Mammoth front-end-loader and ROTO PAC auger-driven collection vehicles as well.

People may not be aware that organized garbage collection in the United States began over 130 years ago to prevent the spread of infection. Zero-emission electric refuse collection vehicles are just the latest step being taken towards a sustainable future. Alongside the 467,000 men and women that work in the solid waste industry in the U.S., New Way is proud to be part of an industry that serves a vital role, provides peace of mind in uncertain times, and positively touches the lives of every American.