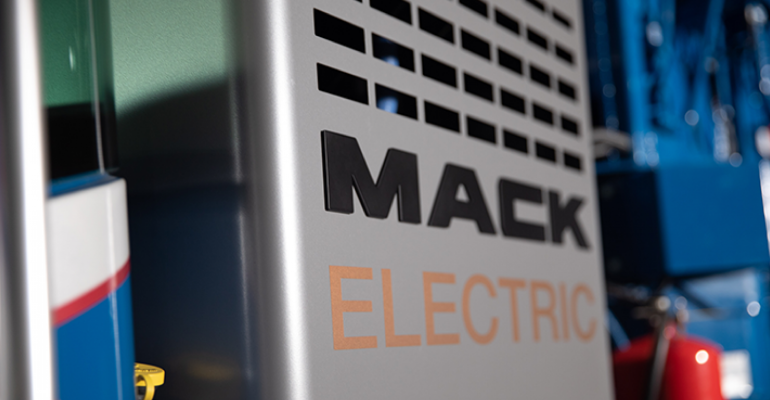 Electric refuse trucks are already here, though not at a scale of any magnitude, but there are signs that this may change in the not-too-distant future. Two among the very few waste operations who have, or will soon put, a few on the road shared how their journey to electrification is going at WasteExpo: Robert Potter, Los Angeles Sanitation and Environment (LASAN) and Rocco DiRico, New York City Department of Sanitation (DSNY). They were joined by Katherine Stainken, Electrification Coalition, who discussed pending policies to drive electrification as well as sourcing battery materials. Andy Campbell, Sourcewell moderated the event, which drew a sizable crowd with a lot of questions.

DSNY’s first electric truck went into service in November 2020. The city’s goal is zero emissions by 2040, and DiRico wants to get one Mack LR BEV in each of New York City’s seven zones.

“We have had the truck run through different routes and weather conditions with little to no downtime. And we are saving 30 to 40% in terms of CO2 and fuel with all stop and start,” DiRico told a captive audience.

The architecture is the same in general as the other refuse trucks the agency that DSNY runs now. It’s the packer, cylinders, and other moving parts that are new.

Normally the truck consumes 50% of battery in a shift, which means at the end of a day there’s room to get to 12 hours—that’s enough to take it out to do snow removal, a job DSNY handles for the city.

So far, the test vehicle has undergone payload and state of charge tests, among others. The city has trained mechanics, operators, and first responders in preparation for the pending rollout. But there’s plenty more to do, largely in the way of vetting.

“With one truck we learned a lot, but we need to look at how long it takes to build and deliver, performance and warranty support …  Are there federal, state, or local incentives to offset costs? What are power requirement and charger needs? What is a network fee for cellular?” DiRico said. Also to be confirmed is the amount of power required for each garage to charge the trucks.

Some challenges ahead requiring attention are limited garage space, existing facilities requiring upgrades, and a need for a generator as back up.

LASAN is focusing on carbon neutrality. Currently 86% of its municipal fleet runs on clean fuel. To further cut emissions, it had set a goal that all electric vehicles, where feasible, be available by 2022.
“We are behind because of COVID. But we are committed to electrifying our refuse fleet by 2035,” Potter said.

FedEx, Amazon, large cities, and other major players are also looking to electrify their fleets as the market allows, and utilities are investing in this space too.

With high demand for critical minerals to make batteries the question arises: how can it be ensured that there will be enough of this material for aggressive electrification targets that some cities and counties are setting? And how will there be assurance that the automotive industry will be able to supply the batteries?

Policy makers are having conversations around these very questions.

“There are policies we are seeing now [in development] that should help transition the market,” Stainken said.

The furthest along is California’s Advanced Clean Truck rule, which would require that methane emissions be reduced by a certain amount and date. But 15 other states have signed memorandums of understanding to put similar policies in place around medium- and heavy-duty trucks, Stainken reported.

“That’s a market signal that [fleet owners] need to start cleaning their trucks,” she said.

There have also been purchase incentives to assist with infrastructure.

While batteries are expensive, the cost per kilowatt has come down significantly in about the past 10 years. And Tesla tests show the battery life can be 100,000 miles.

Potter said it’s important to work with knowledgeable partners “because we are building trucks in real time. Our drivers are given information daily on what works and what does not, so we get that back-and-forth data.”

As a very early adopter, LASAN has similar work ahead as DSNY.

Because of initial capital expense – the trucks are $760,000 –the agency will need government partners and grant funding to offset costs.

“We had to work with the power agency, and we are finding most of our fleet is not ready for electric. We need generation stations, electrical boxes, and transformers at our yard, and that could be close to a two-year timeline. So, you have to be early in the game to ensure you have enough power at your facilities,” Potter told attendees.

There are prospects out there. There are grants available for $20,000 to $80,00 per vehicle. And there may be an option to leverage low-carbon credits. Otherwise, Potter figures, funding may have to come from taxes or rate pay increases.

The question he said, is, “How do we balance to look out for rate payers but also be environmentally sound and conscious?”

But he sees electric refuse trucks as a better alternative to other options. Some natural gas grids are not as clean. And his state of California is pushing for utilizing natural resources and trending away from gases other than renewable.

The state has greenhouse gas reduction targets in SB 1380. The focus will be on getting cleaner fuels including wind, renewable gas, and hydroelectric.

To Potter it makes sense to try and get ahead of the curve. And he sees his agency and DSNY as being positioned to play an important role beyond bracing from within their operations.

“Larger municipalities can afford to do this, which is a driver to make it available to smaller cities that can’t afford it. We are like the product test dummies. I think we and DSNY are leaders who can help scale, and help smaller [municipalities get in].”