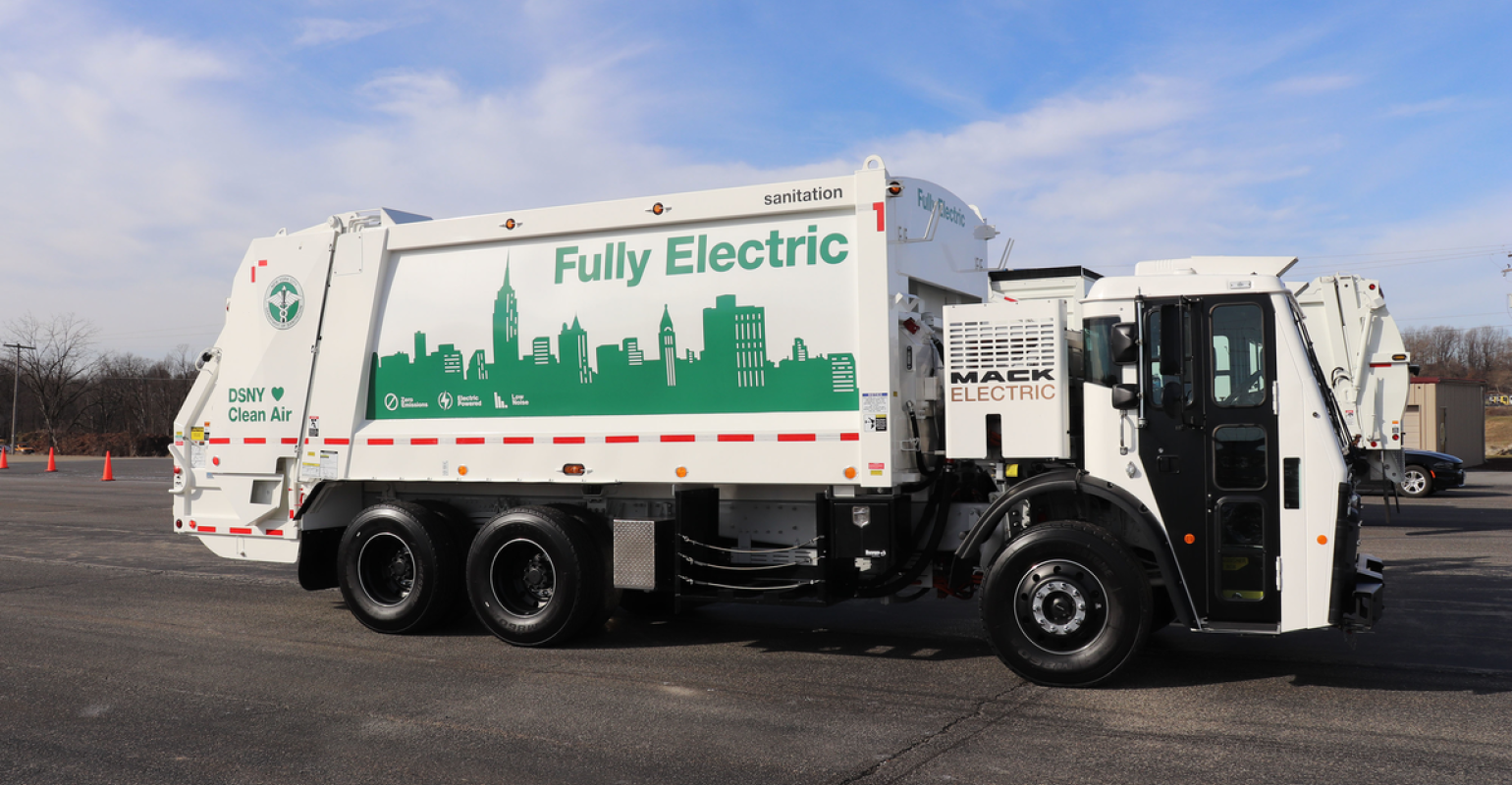 With several U.S. cities considering converting their fleets of waste vehicles from diesel-powered to electric, a recently released report may convince them to make the switch.

Research from Eunomia, a UK-based consultancy, shows that switching the country’s fleet of diesel-powered refuse collection vehicles (RCVs) for electric trucks would have multiple benefits. Among those benefits would be reducing greenhouse gas emissions by an estimated 290,000 tons of carbon dioxide annually.

“Likely up to 40 percent less than a diesel equivalent,” says Sarah Edwards, head of the New York office for Eunomia Research and Consulting. “A diesel RCV results in five times more environmental externalities than an equivalent electric vehicle. Switching to electric vehicles leads to lower levels of air pollution, fewer CO2 emissions, and a much quieter atmosphere when operating than diesel RCVs. Electric RCVs are also easier to maintain, as they have fewer moving parts than traditional diesel RCVs, leading to easier and simpler mechanics when operating the machinery.”

The research focuses on fleets in the UK.

“Our research found that in the UK context, replacing diesel trucks with EVs is likely to result in a reduction of greenhouse gas emissions of over 80 percent per year,” Edwards says.

Traditional waste collection vehicles rely on diesel fuel from petroleum to run their internal combustion engines. Electric RCVs rely on battery-powered electric propulsion that can be recharged from the electricity grid and has the potential to be charged directly from renewables such as rooftop solar panels, Edwards says.

“Electric vehicles charge when not in use, and are much quieter when on their routes,” she says.

Eunomia recognized that cities across the globe were considering converting to electric RCVs. Some have been conducting trials of electric trucks and using them for years.

“With RCVs visiting almost every street in Britain on a weekly basis, they are a significant part of our current carbon-intense society,” said report author Tanguy Tomes in a statement. “Local authorities are looking for ways they can reduce their contribution to the climate crisis, and eliminating the huge amount of carbon released by diesel RCVs is a logical and now financially viable step. We hope our research will help local authorities build a solid business case for the urgent change required. With a reduction in greenhouse gases, harmful air emissions, and noise, and with financial savings becoming more likely, the case for electric RCVs is becoming compelling.”

Eunomia researchers interviewed operators and manufacturers from the UK, as well as reviewing existing operations and research. They also illustrate where electric RCVs are currently being deployed in eight countries, including the UK.

“We wanted to provide research that reviewed costs and benefits,” Edwards says. “Our independent research and analysis provides an overview of the financial and environmental implications of a movement towards fully electric vehicle fleets, an area where there appeared to be a gap in the sustainable transportation literature. Using the skills across Eunomia's teams of environmental and transportation specialists, a cost-benefit analysis was performed that compared the emissions and cost differences between electric and diesel-powered RCVs over a vehicle's lifetime of use.”

The research focused on capital costs, operational costs, end-of-life use, and environmental externalities of diesel and electric RCVs over eight years of life for the vehicles.

Edwards says the challenges facing the adoption of electric RCVs start with ensuring that there are qualified engineers to run the new types of machinery and personnel capable of repairing the vehicles. The technology is relatively new and requires a new set of engineering practices to maintain it.

“There is also the question of confidence in the technology itself,” Edwards says. “For example, there have been concerns that electric RCVs might not be able to climb steep hills in the same way their diesel counterparts can. Our research found evidence of situations where this is not the case, and that electric RCVs are capable of driving up steep inclines.”

Eunomia also found that convincing cities to pay the high upfront capital costs and to invest long-term in the cost of the infrastructure necessary to run an entirely electric fleet can be an issue in implementing the vehicles.

“Some of our previous research on electric vehicle readiness suggests that the United States is towards the top tier when compared to other counties, but there still needs to be further investment to make electric fleets 100 percent viable,” Edwards says.

The research also shows that switching to electric vehicles leads to operational cost savings because the per-mile cost of electricity required to run an RCV is less than the cost of diesel fuel to run the same vehicle. Electric vehicles also have lower yearly maintenance costs than diesel vehicles.

“Our report shows that the switch to electric RCVs will not have negative consequences on the waste and recycling industry, and it could yield industry benefits,” Edwards says. “For example, we found that electric RCVs might last up to three years longer than diesel RCVs, increasing the cost efficiency of collection across the lifetime of a vehicle.”