Cosmic Cleanup: Understanding the Problem of Space Debris and How to Fix It 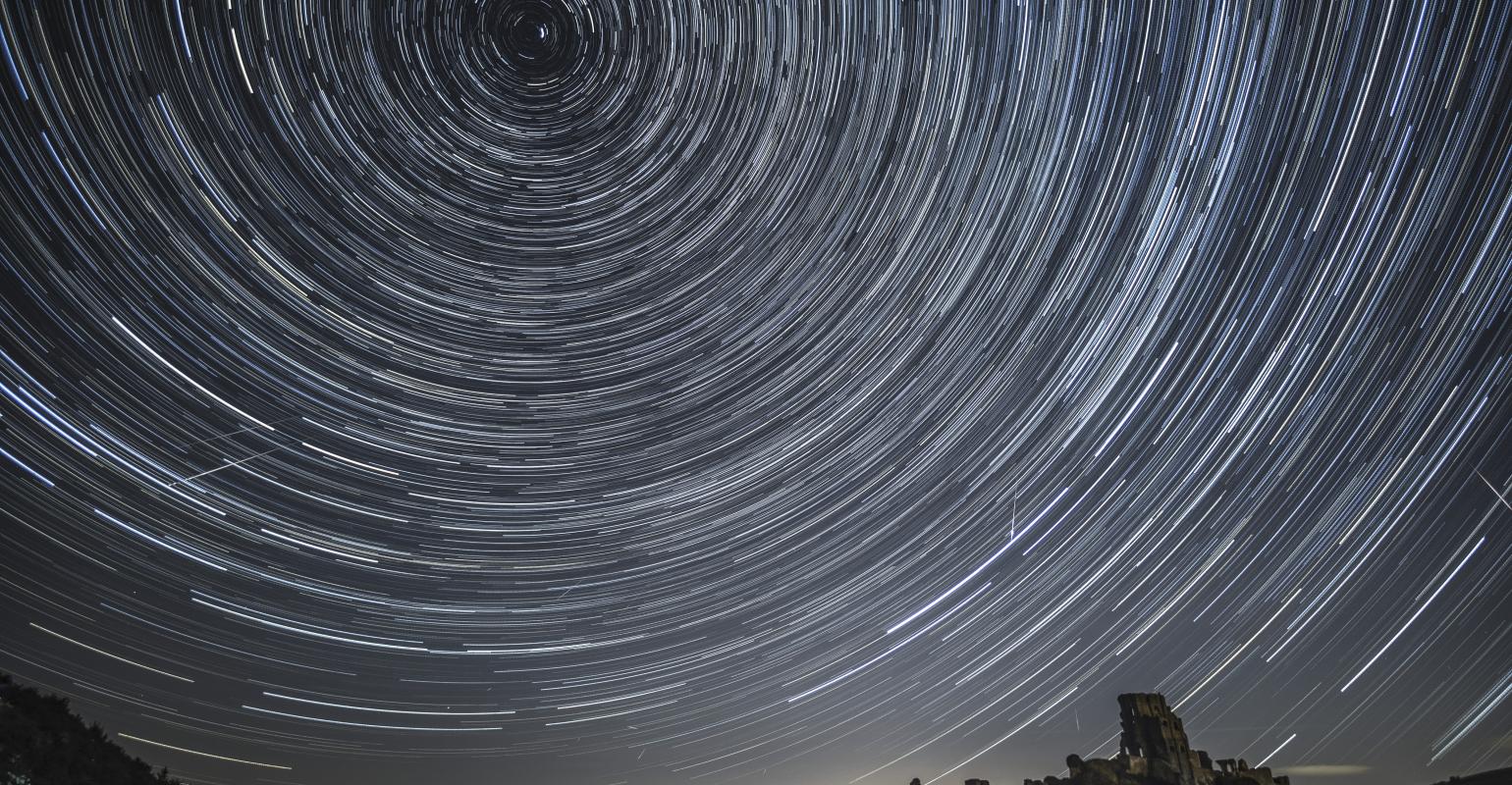 John Arwood, CEO of Arwood Waste and founder of National Garbage Man Day, is trying to tidy up the final frontier.

Waste haulers have an incredibly dangerous job, but in one very small way, they can count themselves lucky. The trash they’re collecting stays put. If the garbage bags were flying through the air at 15,000 miles per hour instead, it would be a bit harder to get them in the truck.

Crazy as it sounds, that’s precisely the dilemma taking place just outside Earth’s atmosphere that John Arwood is hoping to solve. Arwood, the CEO of Jacksonville, Fla.-based Arwood Waste and the founder of National Garbage Man Day, is working to remove dangerous debris from Earth’s orbit through a new venture called Space Waste Solutions.

“My whole thing is to come up with a solution to handle the waste problem up there,” says Arwood.

The problem isn’t easily solved, however. Millions of human-made objects are caught in low Earth orbit (LEO) at all times, causing real threats to the working satellites and threatening to make LEO impassable in the future.

Arwood’s solution, dubbed the Solar Space Waste Incineration System (Patent Pending), is designed to latch onto dangerous debris and essentially drag it out of Earth’s orbit toward the Sun, or at least out of harm’s way.

Some objects in orbit are very large, like Chinese space station Tiangong-1, which weighs 19,000 pounds and as of publication is set to re-enter Earth’s atmosphere within days. Pieces of the satellite, some potentially weighing up to 220 pounds, are expected to survive re-entry and hit Earth’s surface, although the likelihood of any debris hitting a human is extremely low.

The U.S. Space Surveillance Network also tracks approximately 18,000 pieces of debris larger than 10 centimeters, 1,200 of which are working satellites.

However, the vast majority of the debris is quite small. Based on research and tracking from the U.S. Space Surveillance Network, it’s estimated that there could be as many as 750,000 objects about one centimeter in size, also known as flying bullets, and around 150 million objects smaller than one millimeter traveling in LEO.

Most of the objects floating in LEO were caused by the intentional destruction of a Chinese spacecraft, the Fengyn-1C, in 2007. That explosion, along with an accidental collision between an American and Russian spacecraft in 2009, has increased the large debris floating in LEO by roughly 70 percent.

A one-centimeter object may not seem like it could cause any trouble, but it’s important to remember the speed at which this debris is hurtling through space. A tiny fleck of paint traveling at four miles per second, for example, can carry the same force as a 550-pound object traveling at 60 miles per hour. Even the tiniest collisions can make enormous dents.

Collisions, when they do occur, mean even more debris, and more debris means a greater potential for collisions.

The worst-case scenario, first introduced by National Aeronautics and Space Administration (NASA) scientist Donald Kessler in 1978 and subsequently called the Kessler Syndrome, is a catastrophic domino effect in which satellites collide with debris and disintegrate into several large fragments that then cause their own separate collisions, on and on until LEO becomes a gauntlet too dangerous for humans or satellites to pass through.

Such an event would have wide-reaching implications on the way we live our lives, so many scientists and entrepreneurs, including Arwood, are intent on tidying up before it happens. Due to the incipient commercialization of space travel, says Arwood, they may have their work cut out for them.

“It’s going to be a problem that gets greater and greater,” says Arwood.

Arwood’s incineration system would help make the LEO more easily navigable, removing pieces of debris that would otherwise create a barrier between Earth’s atmosphere and its higher orbits. The vehicle wouldn’t escort the trash all 93 million miles to the Sun, but according to Arwood, that wouldn’t really be necessary anyway.

“It may not make it all the way to the Sun, but it will get it out of the same orbit where it could possibly fall to Earth,” he says.

Due to the very nature of its mission, the incineration system wouldn’t be able to make repeat trips, so duplicates would have to be constructed to deal with more debris. “It’s a one off,” he says. “It’s like a kamikaze.”

Even though it sounds like science fiction, Arwood is actually far from the only person combating this problem.

Researchers in Europe are working on a futuristic harpoon capable of capturing arguably the largest piece of space debris risk currently orbiting the Earth: the defunct European Envisat satellite. Eighty-five feet in length, the satellite stopped responding unexpectedly in 2012, and, if undisturbed, it’s expected to keep circling Earth for another 150 years before falling and burning up in Earth’s atmosphere.

Remaining undisturbed isn’t a given for Envisat, however, since its orbit flies dangerously close to other objects, sometimes as close as 600 feet away. A collision with Envisat could easily have Kesslerian consequences, so the European Space Agency (ESA) and aerospace company Airbus are hoping to take matters into their own hands.

The two groups have developed a metal harpoon that could theoretically be shot from a “chaser” spacecraft and embed itself in Envisat, allowing the first spacecraft to tow the behemoth back into Earth’s atmosphere and out of harm’s way. The project, which is currently undergoing tests, could be carried out in the mid-2020s.

Another strategy that has been considered and developed over the years is what’s called a “laser broom.” An extremely powerful laser would fire at debris from Earth’s surface, disintegrating a small piece of the object and thereby creating drag that could slow the junk down and allow it to burn up on re-entry.

This strategy has several practical advantages, mainly that shooting a laser from Earth is much cheaper than launching an object into space. However, hitting a small piece of space debris from hundreds of miles away in just the right way is an incredibly difficult task, and it could be many years until researchers have perfected the technology.

Researchers have estimated that removing five to 10 pieces of debris each year should be enough to keep LEO safe and avoid catastrophic collisions. Although that’s a small number compared to millions of pieces of debris, it’s less trivial when considering that each expedition will cost tens of millions of dollars to carry out.

Arwood, however, is optimistic that it can be done, and once the safety of LEO is secure, Arwood jokes that his next project will be to procure the waste collection franchise for all of outer space.

“I’ll have a bigger franchise than Waste Management,” he says.

For all our sake, let’s hope business is very slow.