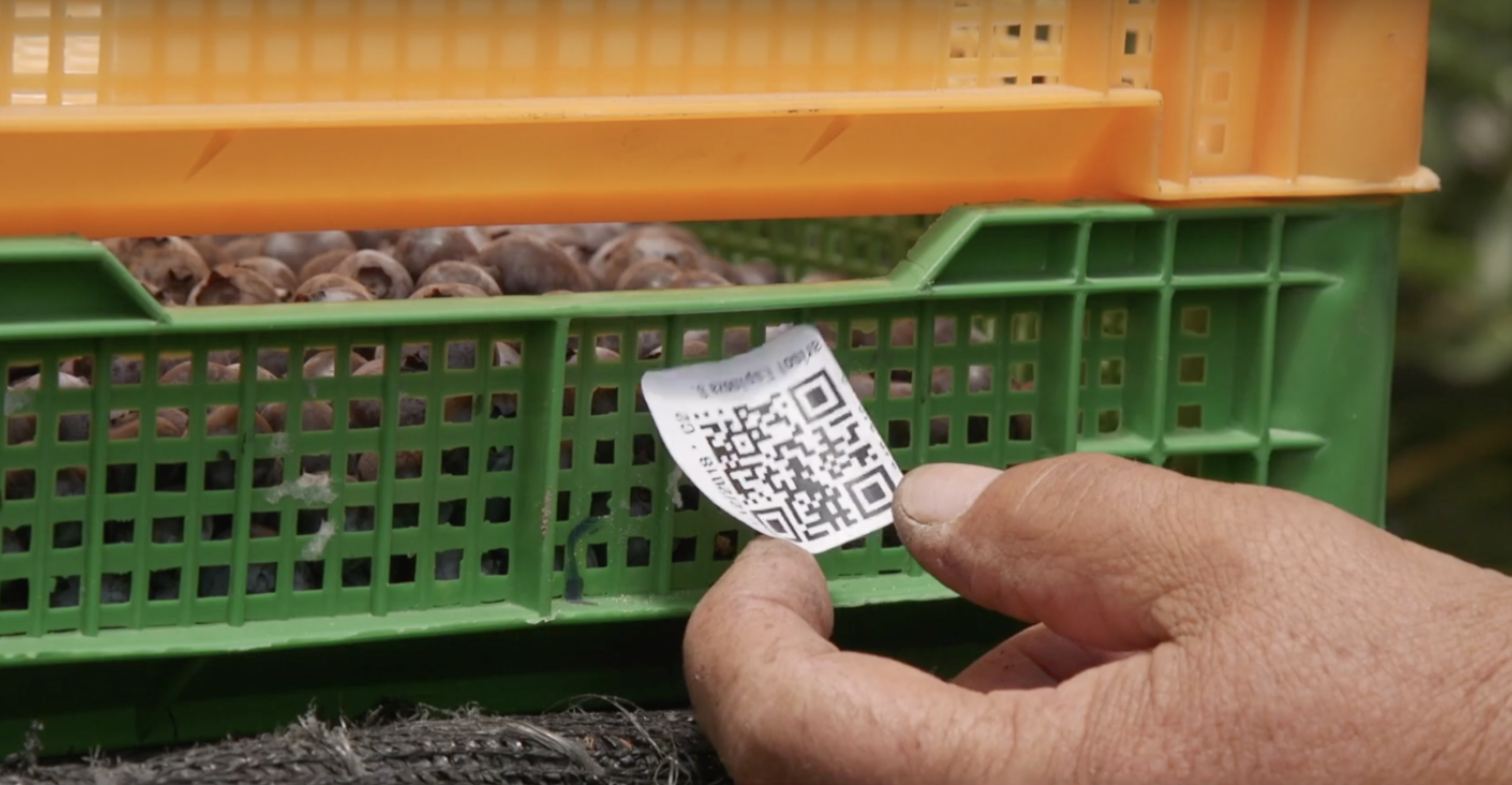 California Farm to Use Blockchain Technology to Reduce Food Waste

How one farm is looking to implement a vine-to-table process using blockchain to improve freshness, transparency and resolve food safety issues.

According to the Food and Agriculture Organization of the United Nations, more than 30 percent of the food produced in the world is lost or wasted. A Salinas, Calif.-based farm is looking to change that by implementing a vine-to-table process using blockchain technology to improve freshness, transparency and resolve food safety issues.

Once the blockchain technology is released, Naturipe Farms shoppers will be able to use the technology by scanning a QR code on their package of berries to see proof of where their fruit was grown and learn about the farm responsible for growing their food.

“At Naturipe, produce crates are weighed, scanned and then sent to cold storage. Moments after our produce is picked, the growers now place QR codes onto these crates,” says Carol McMillan, director of information technology at Naturipe Farms. “That QR code stays on those berries all the way to the store. Soon, by simply scanning the QR code with our smartphones, we’ll see proof of where the berries were grown and learn about the farm’s sustainability practices.”

Naturipe has partnered with SAP, a business software company based in Newtown Square, Pa., to develop the blockchain technology.

“Blockchain helps SAP customers track and trace goods across their entire supply chain by using SAP’s cloud platform blockchain services,” says Eric Somitsch, senior director of SAP Agribusiness. “Suppliers must use a provided code to enter their information into the blockchain. SAP’s blockchain captures that data and protects it with the world’s most stringent encryption security protocols.”

No one can change any information in the blockchain. Only those with permissions can see the information, guaranteeing a product’s history and legitimacy.

“Customers tell us blockchain is often their first step in upgrading their food supply chains,” says Tanja Reith, solution manager for SAP Agribusiness. “For example, Naturipe tells us they plan to add predictive analytics in the near future. That means they intend to use SAP software to make sense of historical weather and retail data, to predict how much food to grow in a current season.”

Analysis of this data will help farmers use less water and other resources. This combination of big data, Internet of Things (IoT), blockchain and predictive analytics allows farmers to grow only what shoppers want to buy, thus reducing food waste.

“Existing technology enables users to scan certain products that have QR codes and through that ascertain the provenance of the product, particularly in a one-ingredient product,” says McMillan. “Blockchain would have the potential to provide traceability and provide consumer assurance with certifications such as fair trade for multi-ingredient products.” 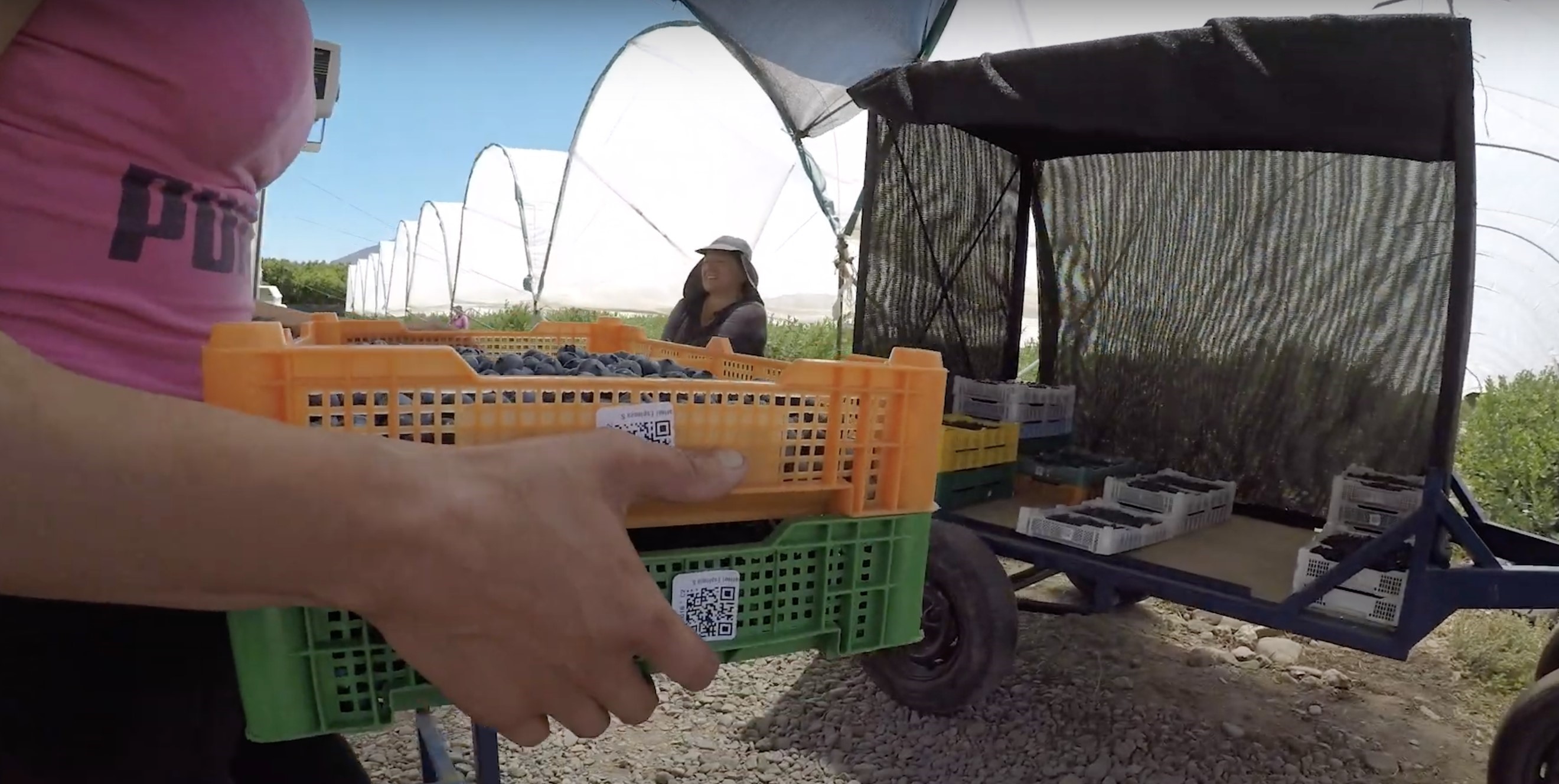 According to Somitsch, new certification requirements mandate that Naturipe prove the origin and safety of their fruit.

“Naturipe will record where the berries were grown, picked and packed, plus capture the storage conditions at every point in the end-to-end supply chain,” he said. “Blockchain will secure Naturipe’s data in a tamper-proof security environment. In case of any issue, Naturipe will be able to trace the fruit’s data in a timely fashion to resolve potential problems.”

McMillan agreed that with the development of a product like blockchain, there is the potential of narrowing the scope of a recall and thus reducing the volume of product disposed of in the event of a recall.

“Currently, food supply chain stakeholders record their own product information and share only if necessary. The goal with our new blockchain technology is to help create a system with higher trust and transparency that ultimately simplifies operations and reduces food waste,” she said. “By pioneering this technology with SAP, we are hoping to lead a movement in the produce industry that minimizes waste and promotes transparent sustainability practices.”