What We Learned from Solid Waste Firms' 2016 Outlooks

The publicly-traded solid waste firms recently wrapped up reporting on 2015 earnings and providing 2016 outlooks and guidance. Although largely as previewed in last month’s Business Insights, there are always a few new and unexpected twists.

Price and Volume—Steady As She Goes

Overall, the solid waste companies generally anticipate a continuation of the same price and volume trends that characterized 2015. Despite negative pressure from a lower consumer price index (CPI) and its impact on CPI-linked contracts (which was characterized by several players as being in the range of 30 basis points), price expectations for 2016 were held relatively constant. 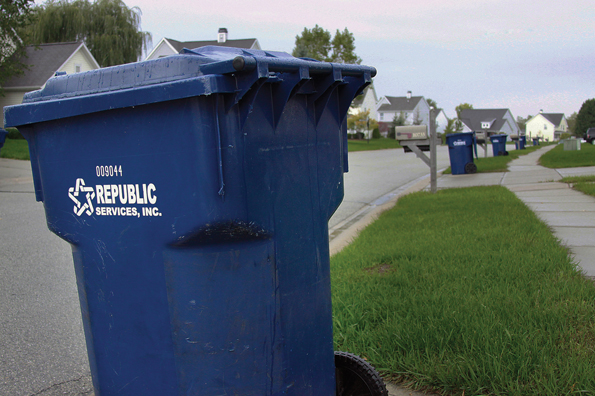 Waste Management (WM) forecast core price of approximately 4 percent, in line with 2015’s 4.2 percent actual, while Republic Services (RSG) forecast yield of 2 percent, versus yield of 2.2 percent in the fourth quarter of 2015.

Although BIN did not hold a conference call, and did not provide formal 2016 guidance, its fourth quarter price figure of 1.4 percent and volume of 2.3 percent was slightly askew of its prior preliminary expectations for 2016 pricing and volume from the third quarter conference call, which were 1.5 percent-2 percent and 1 percent, respectively.

Casella Waste (CWST) forecast revenue growth in its solid waste segment of between 2 percent and 3.5 percent, with price growth of 2 percent-2.5 percent.

With regard to volumes, WM forecast that overall volumes would turn positive in the second half, while its traditional solid waste volumes would be positive throughout the year. RSG forecast volume of 0.5 percent-1 percent, down slightly from 1.1 percent achieved in 2015.

For both RSG and WCN, the slightly lower volume forecasts, compared with the 2015 actuals, were due to conservatism and tougher comparisons, rather than any signaling of an underlying economic or fundamental slowdown.

CWST also noted that its flattish volume forecast was due to its continued emphasis on pushing price, not weakness in end markets. Both CWST and BIN noted a strong first quarter disposal volume outlook, though the companies attributed that in part to mild winter weather.

There was considerable investor focus on industrial volumes and whether the companies were seeing any signs of slowdown in that segment of the business, given the pervasive concerns about the slowing global economy. Importantly, all the companies echoed seeing continued strength in this area, with the exception of the oil patch, unsurprisingly.

The late cycle nature of the industry, coupled with expectations for a still strong housing market, buoyed confidence that volumes had not peaked, particularly in the all-important, very profitable commercial line.

Based on its outlook for improving volumes and continued cost controls, WM noted on its conference call that it expects an EBITDA margin improvement of 50-100 basis points. RSG anticipates around a 40 basis improvement in its EBITDA margin, in large part due to lower S.G.&A. expenses.

Although WCN’s energy waste segment will continue to be a drag, WCN’s outlook calls for an overall EBITDA margin of 33.9 percent, up 30 basis points over 2015. In its underlying solid waste business, it anticipates a margin gain of 50-75 basis points, with just over half driven by fuel savings.

BIN’s fourth quarter margins improved sequentially, generally slightly more than expected, as the initiatives it undertook to turn around its ailing West operations began to take hold, boding well for 2016. After a 100 basis point improvement in EBITDA margins in 2015, CWST is forecasting a similar improvement in 2016, as it executes on its internal strategy of increasing disposal volumes and raising collection pricing.

Recycling Remains A Bigger Fly in the Ointment Than Expected

These across-the-board margin gains are expected despite a bigger than expected drag from recycled commodity prices, at least versus earlier expectations voiced on the third quarter conference calls. 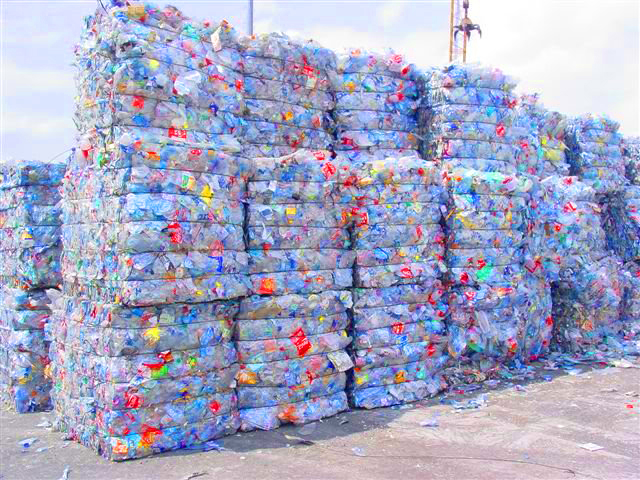 Although old corrugated cardboard (OCC) has declined more modestly, recycled plastics pricing continued to track the downward spiral in oil prices early this year, while metal has also remained a depressant. Although WM’s 2016 guidance is for flat recycling results, it noted that in January its recycled commodity prices were down 23 percent from the prior year, and if recycled commodity prices do not have their “normal seasonal uptick” it represents a headwind of $0.02-$0.03 per share in 2016.

WCN still anticipates a slight revenue drag from its recycling operations, but sees the negative impact primarily in the first quarter, and currently believes that overall, recycling will be less of a drag than last year. RSG noted that versus its preliminary 2016 EPS outlook in the third quarter, recycled commodity prices were a $0.04 drag, but importantly, RSG expects to make that up, primarily from lower fuel costs and other improvements; thus, it did not change its outlook.

All that said, recycling still looks to be at least less of a headwind than last year, particularly when coupled with the contract and operational changes the industry is making. The solid waste press is literally littered with news stories about increased recycling fees, contract structure changes, dropping glass from recycling programs and other cost mitigation measures the industry is undertaking. In its conference call, CWST noted that it exited 2015 with its new Sustainability/Recycling Adjustment fee offsetting the commodity price decline.

WM forecast free cash flow of $1.5 billion-$1.6 billion (versus the $1.41 billion just reported) on organic growth and acquisition contribution, although it expects that its capex may rise around $100 million, in part due to increased fleet spending.

RSG’s guidance for free cash flow increased to $820 million to $840 million from its preliminary outlook of $790 million to $810 million, due to bonus depreciation, on capex guidance that is about 4 percent lower than 2015. Both on a standalone and combined basis, capital expenditures are expected to be down modestly for both WCN and BIN, as WCN had pulled some spending into 2015.

Although it is hard to envision a bigger transaction than the WCN/BIN merger already announced, 2016 is likely to be characterized by robust tuck-in acquisition activity as well.

WM completed a large transaction, Southern Waste Systems, early this year but does not see a similarly sized transaction on the horizon right now, though it was noted on the conference call that the company would be very willing to look at any divestitures that eventually come out of the WCN/BIN deal.

WCN management has signaled that over time it plans to divest BIN revenues that do not fit its profile. RSG has targeted $100 million in acquisition investment, after a stronger than typical year when it spent $573 million.

And, although Advanced Disposal had to pull its IPO, stymieing its deleveraging plans, the company is still likely to pursue additional tuck-ins, similar to 2015.