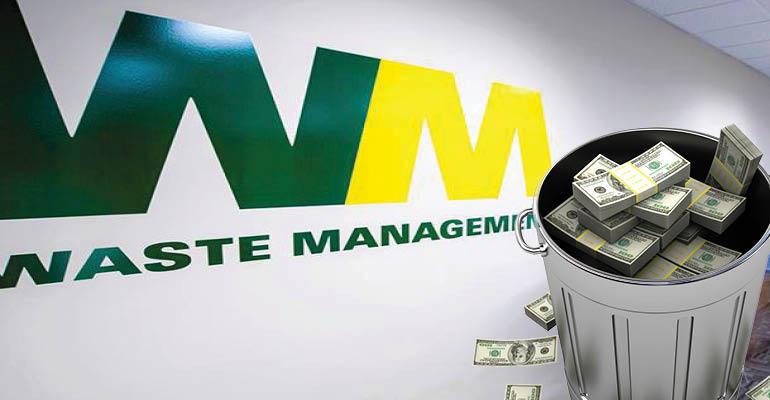 The company’s earnings show a slight increase in revenues and a big decrease in average recycling commodity prices at its recycling facilities.

Houston-based Waste Management felt the impact of China’s recently enacted waste import ban and contamination standard in the first quarter of 2018. In addition to seeing a 36 percent decrease in average recycling commodity prices at its recycling facilities, it saw an uptick in operations costs and transportation costs due to making the switch to send materials to areas like Vietnam and India.

“We’ve said for years that recycling is a business that Waste Management is committed to, and we still are, but we simply cannot continue with the model in its current state,” said Waste Management President and CEO Jim Fish on a call with investors. “Last year, the Chinese government decided that they were tired of importing increasingly contaminated recyclables, so they changed their policy to only accept recyclables with a 0.5 percent contamination content. Some of our plants see material come in the front door that is 40 percent trash, so we have to try and pull out almost 99 percent of that trash from the recycling stream in order to sell it to China as recycled commodities. Even our best-in-class inbound streams that have only 10 percent contamination still have to pull out 99 percent of the trash before they can sell it. As diversion goals have increased, so too have our contamination percentages, which have increased from 10 to 15 percent five years ago to 20 to 25 percent today.”

In an effort to overcome these challenges, Waste Management is auditing the loads received at its materials recovery facilities and working with industry stakeholders to educate customers on how to recycle right and lower contamination.

“We delivered strong operating and financial results in the first quarter,” said Fish in a statement. “We saw organic revenue growth of 6 percent in our collection and disposal business, which drove the almost 8 percent increase in the company’s operating EBITDA for the quarter. This strong operational performance resulted in robust net cash provided by operating activities and free cash flow, which allowed us to return $456 million to our shareholders in dividends and share repurchases and to spend $248 million on acquisitions. The traditional solid waste business is in exceptional health, and we achieved outstanding results despite significant challenges presented by external market factors in the recycling line of business. The great start to 2018 shows how well we are executing upon our strategic plan, and we will continue with the focus and discipline required to produce strong results in the face of the challenging recycling environment.”

Other highlights for the first quarter: