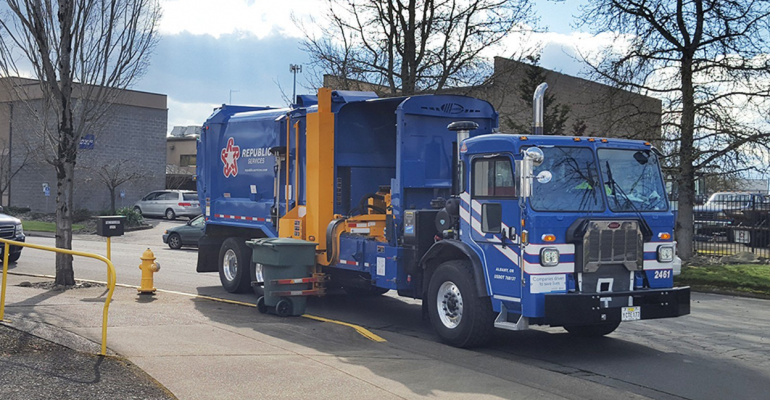 Growth was primarily driven by strong pricing across the company’s collection, disposal and recycling processing businesses.

Phoenix-based Republic Services Inc. ended the first quarter of 2019 on a positive note, despite facing a big headwind from a special waste project. The company reported $2.5 billion in revenues, a 1.8 percent increase from the year prior. This growth was mainly driven by strong pricing across the company’s collection, disposal and recycling processing businesses.

"We are very pleased with our first quarter results, which included solid earnings and free cash flow, an $86 million investment in acquisitions and $233 million returned to shareholders through dividends and share repurchases," said Donald W. Slager, president and CEO of Republic Services, in a statement. "Given the strength of our solid waste business and the collective efforts of the Republic Services team, we are reaffirming our 2019 adjusted EPS and free cash flow guidance, despite a continued decline in recycled commodity prices."