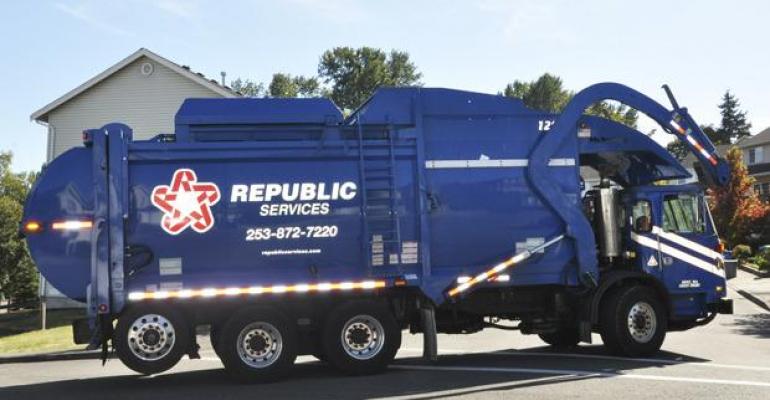 Revenue for the third quarter decreased 3.3 percent to $2.05 billion compared with $2.12 billion in the year-ago period, according to a news release. The company cited decreases in commodity recycling prices, volumes and fuel surcharges as hurting results.

The company saw improvement in the third quarter in its core price, said Don Slager, president and CEO. But because of lower recycled commodity pricing and higher fuel expense, Republic is lowering its guidance for 2012 earnings to a range of $1.85 to $1.87 per diluted share, from the previous $1.91 to $1.93 per diluted share.

Republic announced a restructuring of operations and reduction of staff earlier this week.