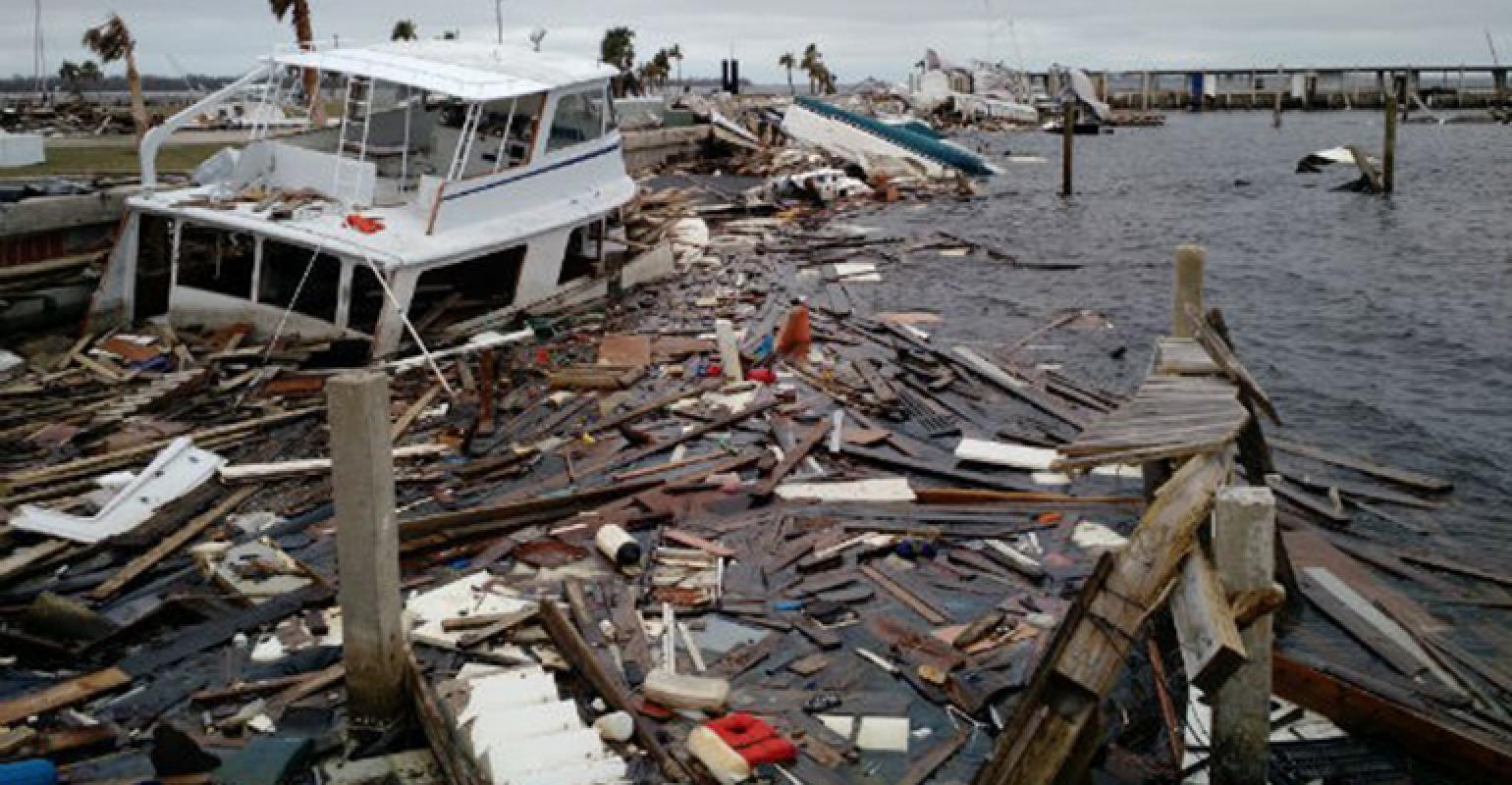 Grants will fund the assessment, removal and disposal of marine debris from Hurricanes Michael and Florence in Florida and North Carolina.

The National Fish and Wildlife Foundation (NFWF) and the National Oceanic and Atmospheric Administration’s (NOAA) Marine Debris Program announced $8.2 million in six new grants for the assessment, removal and proper disposal of marine debris that was caused by Hurricanes Michael and Florence in Florida and North Carolina and Typhoon Yutu in the Northern Mariana Islands. Contributions from the grantees will bring the total conservation impact to nearly $8.6 million.

Severe storms can cause significant marine debris, including capsized vessels, displaced fishing gear, wrecked docks and piers and flooding that deposits large land-based debris such as trees, cars and parts of homes and buildings. This debris can cause both immediate and prolonged harm to coastal communities, affecting navigation safety and coastal and marine industry and tourism. Marine debris also can harm wildlife, which can become entangled in it and feed on harmful materials.

“Our own human well-being and economic prosperity depend upon the health and resilience of natural and social systems,” said retired Navy Rear Adm. Tim Gallaudet, deputy NOAA administrator, in a statement. “These grants will help communities recover from storm damage by assessing, removing and disposing of storm-generated debris that continues to affect wildlife, habitats and coastal communities.”

NFWF, in partnership with NOAA, launched the Hurricane Response Marine Debris Removal Fund in 2019 to support on-the-ground projects to assess, remove and dispose of debris created or moved by severe storms. Grant awards will help coastal communities fill in the gaps of other available funding to clean up their coasts and waterways of potentially damaging debris.

“Storm debris fields in nearshore waters and coastal beaches and environments impact economic recovery and vitality, as well as ecological integrity,” said Jeff Trandahl, executive director and CEO of NFWF, in a statement. “This new Hurricane Response Marine Debris Removal Fund is an excellent approach to quickly get storm debris removal funds to those communities impacted by Hurricanes Michael and Florence and Typhoon Yutu, as Congress intended.”

The projects supported by the six grants will remove large structural debris in four Florida counties, derelict and abandoned vessels from sensitive coastal habitats in North Carolina and large storm debris from coral reefs in the Northern Mariana Islands. Grants for this fund are awarded based on how marine debris can harm coastal communities and resources and to prevent further damage to sensitive marine habitats and species listed under the Endangered Species Act.