A Medley of Recent Industry Reports 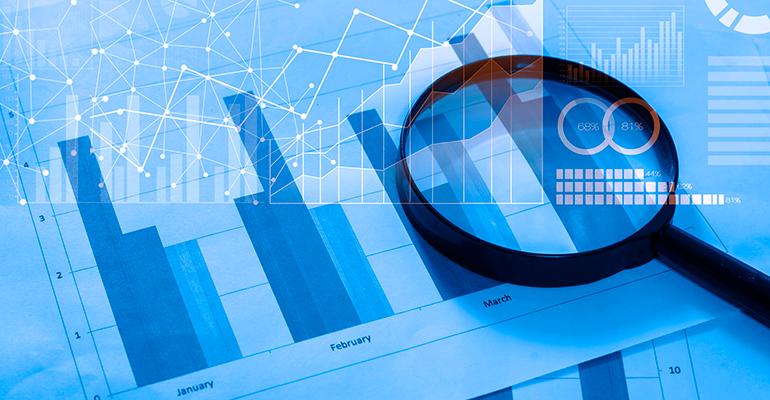 In this month’s edition of Business Insights, we present highlights from a number of solid waste and recycling industry reports.

Over the past several months, a number of solid waste and recycling industry reports have been released from varied sources. In this month’s edition of Business Insights, we combine highlights from them.

Recent Forecast by the World Bank

In late September, the World Bank Group released a report entitled “What a Waste 2.0: A Global Snapshot of Solid Waste Management to 2050,” which forecasts that global annual waste generation is expected to rise to 3.4 billion tons in 2050 versus 2.01 billion tons in 2016, or an overall increase of 70 percent. This implies an annual worldwide growth rate of just under 2 percent, which would compare to 1.5 percent U.S. volume growth in 2015, according to the Environmental Protection Agency’s (EPA) latest figures. The higher worldwide growth is expected to be driven by developing countries and urbanization. Now, one-third of the world’s waste is generated by high-income countries, which account for 16 percent of the world’s population. But, in the report’s timeframe, South Asian waste is expected to more than double.

A recent Yale University study put the amount of municipal solid waste (MSW) that is landfilled well above the EPA estimate. Yale calculated that 230 million metric tons per year were landfilled in 2015, versus the EPA’s most recent figure of 124 million tons in 2015. This results from different methodologies, as the EPA uses a materials flow methodology, while Yale based its estimates on evaluating 1,161 landfill sites.

This methodology, and its conclusions, were very similar to a 2016 Environmental Research and Education Foundation (EREF) study, which calculated U.S. MSW landfill tonnage at around 225 million tons, also based on calculations from individual sites. The Yale study estimated that the largest MSW sources comprised 27 percent paper, 15 percent food scraps and 14 percent plastic, and it put estimated total landfill costs at $10.7 billion, or $47 per ton. It also put a number on the lost recycled commodity value from landfilling of $1.4 billion, though it is unclear whether that captured the full impact on recycled commodity prices from China’s actions over the past year. Given the relative similarity of the Yale and EREF figures, it casts further doubt on the EPA figure.

Recycling Stagnating Even Before China

With that said about the EPA’s landfill figure, nevertheless, the EPA’s “Facts and Figures Report,” though dated when it comes out (the 2018 report contains 2015 numbers), is still widely tracked due to its longevity (the data goes back more than 50 years) and consistency. It is released annually and in the same format—thus, apples-to-apples comparisons remain relevant for examining a number of trends. The EPA’s national recycling rate, in particular, is closely followed and widely used. The latest “Facts and Figures Report,” released July 30, showed a flat recycling rate at 34.7 percent, versus 34.6 percent the prior year. In fact, the rate has been largely unchanged since 2010. However, as previously noted, the data dates to 2015, so it does not capture the probable decline in the rate in the wake of China’s actions.

A recent Solid Waste Environmental Excellence Protocol (SWEEP) report, based on analyzing Waste Dive data, estimated that recycling disruptions (characterized as noticeable or heavy) have hit 75 percent of the U.S. market and 72 percent of its population. It characterized 10 states—20 percent of the total—as bearing a heavy impact by June 2018. This represents a large increase from six states in January 2018.  A “heavy” impact is defined by recyclables being landfilled, vanished markets and/or program cuts.

The EPA put total MSW generation at 262 million tons, of which almost 53 percent is landfilled and 13 percent handled by waste-to-energy—both figures are also fairly flat. Total MSW generation grew 1.5 percent from 2014 to 2015, in line with the general 1 percent to 2 percent volume growth that industry experts most often cite. It should also be noted that despite intense focus over the past several years, the EPA estimated that only 9.1 percent of plastics were recycled (down from 9.5 percent), while food scrap recycling inched up to 5.3 percent from 5.1 percent.

Given the aforementioned trends, it is perhaps unsurprising that SWEEP is forecasting a 15 percent decline in landfill capacity over the next 5 years, or a 2.6 percent annual loss. That equates to 10 to 15 years of landfill capacity remaining in 2021 and a loss of 1 billion tons of capacity. The authors, Jim Thompson of Waste Business Journal and Rob Watson, cite China’s actions as the major driver for the decrease—they estimate the 15 years of landfill capacity remaining by 2021 under status quo conditions, but that falls to just under 10 years if recycling drops by half as a result of China’s actions. Unsurprisingly, the Northeast situation appears most acute—a 5 percent loss annually and 8 years of remaining life by 2021. The Western region is expected to have the most remaining capacity—22 years by 2021. Waste-to-energy is not expected to alleviate the situation, as no growth in that segment is forecast. The authors note that landfill capacity additions in the works could change this dynamic but also note that it is a time-consuming and difficult process to add capacity. In spite of modest air space additions in 2016, an annual landfill capacity shortfall (volume landfilled exceeded capacity expansion) developed in 2017, and this shortfall could double by 2021.

It All Points to Tip Fee Increases

SWEEP also put out a report on MSW tipping fees in June, and it estimated a 6 percent rise from $50.30 in 2017 to $53.53 by 2021; though, again, this does not take into account the impact from China, and thus is likely conservative. The national average again masks a large disparity between the regions—the average tip fee is $35.69 in the West and $74.75 per ton in the Northeast.

In another report published in August, EREF put the current average U.S. tip fee at $55.11 per ton, versus $51.82 per ton in 2017, an annual increase of more than 6 percent. The Pacific and Northeast states were the highest at $68.46 per ton and $67.39 per ton, respectively, while South Central had the lowest tip fee at $34.80. Despite the overall increase, some decreases were noted in certain regions—notably the Midwest and Mountain/Plains. The report also noted that the three-year trend from 2016-2018 was an average 7 percent annual increase. Lastly, the report also noted the correlation between high tip fees and states with waste-to-energy plants and higher tip fees at smaller landfills. The SWEEP report also highlighted increasing bottlenecks that are driving up the cost of shipping; thus, it also forecast increased hauling costs for the industry.

Inevitably, all of this is likely to drive more consolidation in the industry and increased concentration of market share among the larger players, given the double whammy of increased tip fees and higher hauling costs for the privately held, smaller players.