HomeThe BusinessFinancialsThe Fiscal Burdens for NYC’s Recycling Program
Recent
Machinex Upgrades West County Resource Recovery in California
May 27, 2022
EREF Hosts Record-Breaking Charitable Auction, Proceeds Directly Support Scholarships and Scientific Research
May 27, 2022
This Week in Waste: Top Stories May 23 - May 28
May 27, 2022
Landfill Emissions Measurement: What We Know, What We Need to Know
May 27, 2022
POLL
SWANA & Oceans Caucus Foundation Host Congressional Briefing on Recycling
May 27, 2022
Collaboration Leads the Way in Connecticut to New Extended Producer Responsibility Law for Management of Discarded Residential Gas Cylinders
May 27, 2022
An Uber-Style Service for Curbside Recycling
May 26, 2022
S&B Selected as Contractor for New Hope Energy’s Advanced Plastics Recycling Unit
May 26, 2022
Need to Know
brought to you by 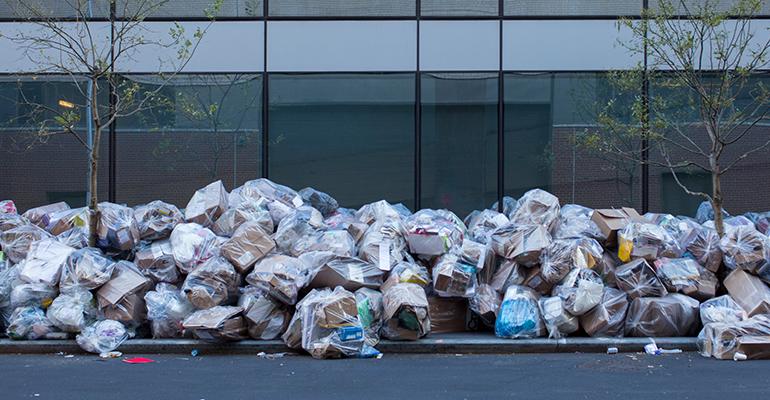 According to the report, the dual burden of thousands of impoverished New Yorkers looking to capitalize on a redemption system enabled by state law and China’s import ban ended up costing the city’s recycling facility an estimated $14.4 million last year.

“The ‘bottle bill,’ as it’s known, has given rise to a new market: Between 4,000 and 8,000 people, often homeless or destitute, collect beverage containers off city streets to pay for their basic needs,” according to the report. The problem is once those materials are snatched from outdoor bags and bins, they are not counted in the city’s recycling totals.

Politico also reports that New York City Mayor Bill de Blasio responded to its "Wasted Potential" series on January 10 by saying he will have “more to say” on how the city can achieve its “zero waste” goal: “We’ve got a lot to do — there’s no two ways about it,” de Blasio said in response to the articles during his weekly interview on WNYC’s “The Brian Lehrer Show.” “I’ll have more to say on it in the coming weeks as we figure out the next steps of what we have to do."

Several thousand New Yorkers living on the margins of poverty have been seizing valuable materials from streetside bags for a decade, looking to capitalize on a redemption system enabled by state law. And China’s refusal to accept most foreign recyclables is now strangling the city’s paper exports, causing prices to plummet.