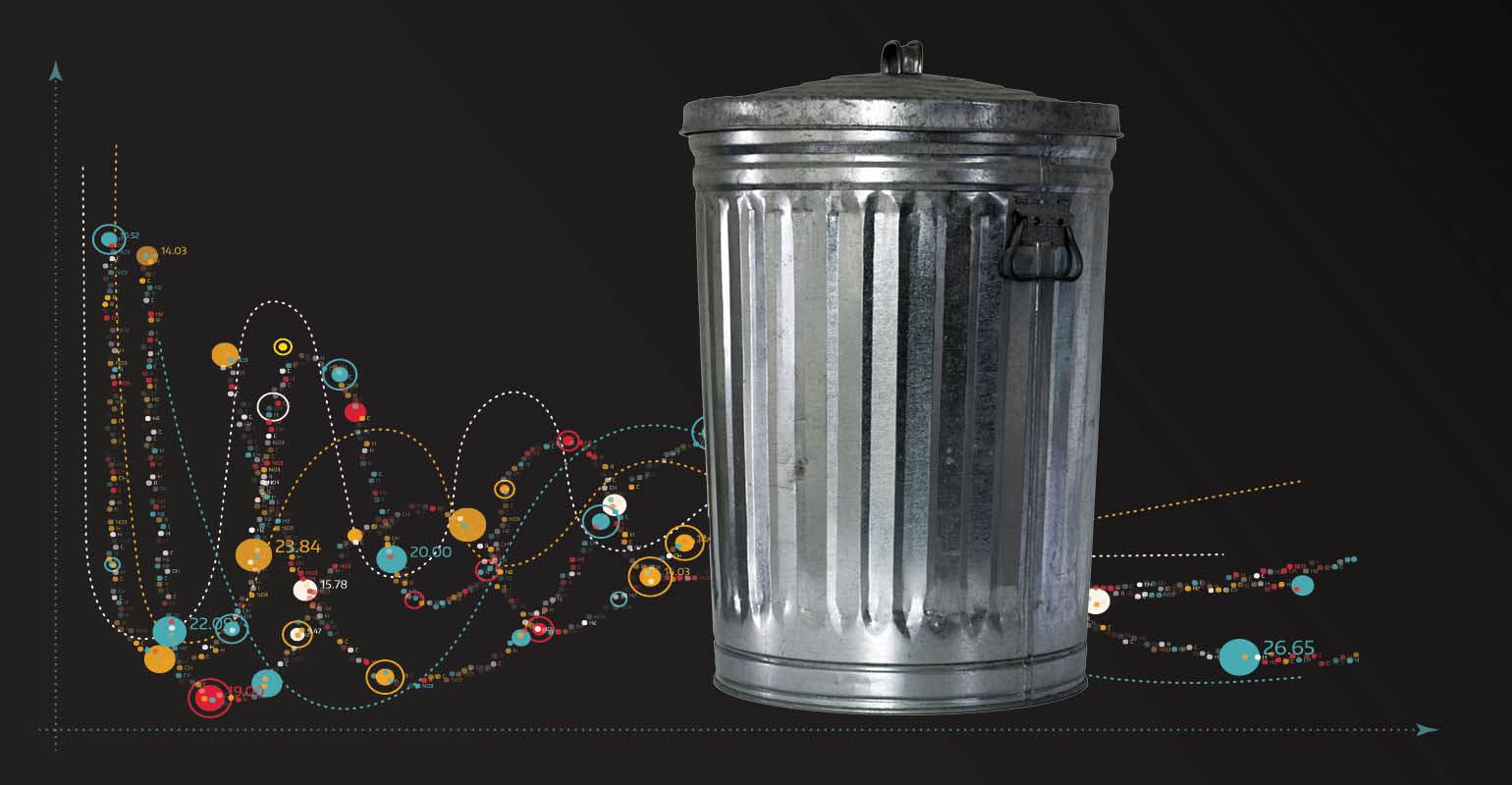 In this month’s edition of Business Insights, we review the highlights, as well as compare the similarities and differences, from the first quarter 2018 results and follow-up conference calls of the top five publicly-traded solid waste companies.

In this month’s edition of Business Insights, we review the highlights, as well as compare the similarities and differences, from the first quarter 2018 results and follow-up conference calls of the top five publicly-traded solid waste companies.

The majority of the companies reported in-line to slightly better-than-expected pricing and upside volume surprises in the core solid waste business. Waste Management (WM) reported yield of 2.3 percent and volume of 3 percent, versus its full-year guidance of yield of 2 percent or greater and volume of 2.0 percent to 2.2 percent. At Republic Services (RSG) and Advanced Disposal Services (ADSW), upside volume surprises were also notable, with RSG’s volume growing 2 percent and ADSW’s 2.4 percent, versus guidance of 0.0 percent to 0.25 percent and 0.4 percent to 1.0 percent, respectively. RSG’s yield was 2.2 percent, around its full-year target, while ADSW’s pricing of 1.9 percent was an 80 basis point sequential improvement, and ADSW reaffirmed it was still comfortable with its full-year target range of 2.1 percent to 2.8 percent, as it expects continued pricing improvement throughout the remainder of the year. Although WM, RSG and ADSW certainly have easier comparisons in the beginning of the year, all three noted widespread volume strength across all lines, driven by a strong economy and an improvement in housing. On the other hand, Waste Connections (WCN) reported negative volumes of 1.1 percent, a touch below what was expected, but an upside surprise to its pricing of 4.1 percent, versus guidance of 3.5 percent. In the case of WCN, volumes continue to be impacted by the shedding of legacy Progressive Waste (BIN) business that is underperforming, as well as other factors such as weather and the curtailment of waste into its Chiquita Canyon landfill. WCN estimated that adjusted for those factors, volumes would have been closer to 0.5 percent. The pricing strength stemmed from the re-pricing of the legacy BIN business, as well as strong pricing in its West Coast franchises (around 3.5 percent), as they benefitted from an uptick in CPI or rate of return pricing, depending on the market. Casella Waste Systems (CWST) reported both price and volume growth well ahead of expectations, as solid waste pricing rose 4.3 percent, driven by strong landfill pricing, while volume rose 6.6 percent, with a large soil remediation project accounting for 60 percent of the growth.

A common concern in the investment community is whether underlying economic conditions or corporate profitability is “peaking,” and this came out on several conference calls. Across the board, all the management teams said that they saw no sign of slowdown or upcoming contraction, noting that the industry fundamentals and operating leverage had room to run.

Recycling Worse Than Originally Anticipated, But Commodity Pricing May Have Bottomed (?)

As expected, recycling results uniformly came in lower than what was expected when companies gave guidance in February. WM revised its recycling impact on earnings from a negative $0.08 to $0.10 per share to a negative $0.12 to $0.15, and that assumes a modest uptick in overall recycled commodity prices from current levels. RSG noted that recycling was a $0.06 per share drag in the first quarter, and management is now forecasting a recycling rebound to $115 per ton, versus prior expectations of a rebound to $135 per ton. WCN saw a 155 basis point headwind from recycling in the first quarter, also more than expected. CWST noted that the negative recycling impact would be $6 million more than anticipated, but management is not assuming a rebound. ADSW also saw a negative impact, but as recycling is just 2 percent of its business, the change to the downside was less material. Yet, quite consistently, the management teams expressed their optimism that a bottom had been put in on recycled commodity prices (or at least for export old corrugated cardboard (OCC), if not mixed paper), citing recent pricing improvements.

[Editor’s Note: On May 3, after every company except CWST had reported, the Institute of Scrap Recycling Industries (ISRI) broke the news that the Chinese government had suspended the U.S. operations of China Certification and Inspection Group North America (essentially China’s domestic U.S. inspection and import certification arm) for one month until June 4; thus, no inspections or import certificates will be issued during this period. China will accept shipments sent prior to May 3, but they will be subject to 100 percent inspections and not guaranteed entry. Although very early days to judge the impact, this new development may throw another monkey wrench into the recycling business and may call into question a pricing bottom, given the initial negative reaction noted by Pulp & Paper Week.]

Margins Up, Despite the Recycling Headwind

Across the board, but to varying degrees, all the companies’ EBITDA margins benefitted from a revenue recognition accounting change, as well as enjoyed a first quarter boost from the reinstatement of the 2017 compressed natural gas (CNG) tax credits (except for WCN, where the benefit from the fuel tax credit was de minimis), which more than offset the recycling headwind to margins. That said, even excluding the aforementioned benefits, underlying solid waste margins were up. WM noted it saw an operating expense improvement in its traditional solid waste business of more than 50 basis points, whereas RSG and ADSW saw adjusted EBITDA margin increases of 30 and 10 basis points, respectively, with both citing the solid waste strength. Additionally, as hoped for, RSG saw an abatement in landfill leachate costs, and ADSW saw an improvement in its elevated healthcare expenses. Thanks to the strong pricing and better-than-expected E&P waste results, WCN’s EBITDA margin rose 80 basis points, 20 basis points more than forecast. CWST’s underlying solid waste margin rose 250 basis points, given its strong top-line growth.

As widely telegraphed, acquisition activity was very strong in the first quarter. As noted previously, WM spent nearly $250 million in the first quarter on acquisitions, topping its full-year goal, and RSG spent $79 million year to date, putting it well on track to meeting its full-year goal of $150 million. WCN has completed $165 million year to date, in the context that a “normal” year’s activity is in the range of $120 million to $170 million. ADSW’s acquisition activity consisted of five tuck-ins, but it believes it is on track for its full-year goal of $30 to $50 million. Through the first four months of the year, CWST has already acquired the bottom end of its $20 to $40 million range. Most importantly, despite the outsize first quarter results, nobody thought they were done! Acquisition pipelines were characterized as robust by every management, so although there are always timing issues, acquisition activity is likely to continue at an accelerated pace throughout the remainder of the year and top original guidance.

Bottom Line, Guidance is Reaffirmed, and More Surprisingly, with Comfort

Despite the added drag from recycling, all the companies reaffirmed EBITDA, EPS and/or FCF guidance, as well as a number of other underlying parameters, depending on the company. In general, the core solid waste business was characterized as running on all cylinders, helping offset recycling, while in the case of RSG, a slightly lower tax rate and the CNG credit also provided some help. WCN noted that FCF is likely to exceed full-year guidance of $850 million, in part due to the E&P waste strength. Typically, the companies do not update guidance until the second quarter, in particular wanting to see the extent of the seasonal upturn, but nevertheless, given first quarter results and trends, all professed relative comfort with full-year guidance, which was a bit of a positive surprise and certainly reassured investors, particularly in the case of RSG, which (according to WasteExpo show floor chatter) was considered the most vulnerable. Across the board, the industry seems to be off to the races!